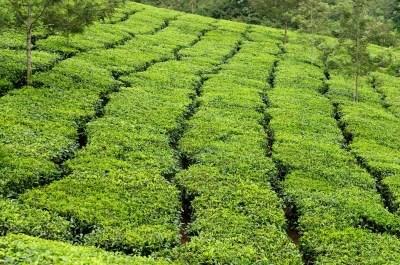 The World Bank recently approved $162.7 million for livelihoods projects in 17 districts of Rajasthan in India. The funds will help the Rajasthan Rural Livelihoods Project in providing income-generating and economic opportunities for more than 400,000 households in the area by linking them with self-help groups and offering skills development training. The World Bank is also directing approximately $8 million to watershed projects in Uttarakhand.

WASHINGTON, DC, ? The World Bank today approved an IDA credit of $162.7 million to help improve livelihood opportunities for some 400,000 village households in 17 districts of Rajasthan. The Bank also approved a credit of $7.98 million additional finance for an ongoing watershed development Project in Uttarakhand that is helping rural communities increase agriculture productivity as well as rural incomes through a decentralized watershed management approach.

The funding for the Rajasthan Rural Livelihoods Project will help improve economic opportunities for rural communities, especially women and marginal groups, in 9000 villages of the state. It will channel financing for income-generating activities through some 33,000 SHGs; link selected SHGs to markets; and also help develop skills for unemployed rural youth.

The Project aims to help the state government raise income levels for some 400,000 rural poor households in Rajasthan. Despite rapid decline in poverty from 50% in 1970 to about 24% in 2005, the absolute numbers of poor families in the state of Rajasthan still stand at more than 2 million (Census 2002). Recurring drought and a growing crisis in ground water supply, have further contributed to the challenges facing rural households.

“This Project with the World Bank is building on the successful livelihood initiatives undertaken in India to provide mechanisms by which rural households can improve their overall economic well-being,” said Venu Rajamony, Joint Secretary, Department of Economic Affairs, Ministry of Finance.

“Global experience has shown that while general growth of the economy helps reduce poverty, it needs to be complemented by specific strategies designed to expand opportunities for the poor,” said Roberto Zagha, World Bank Country Director for India.

The Project will build on lessons learned from the earlier Bank-financed Rajasthan District Poverty Initiatives Project (DPIP) which had helped poor rural communities build assets through Common Interest Groups (CIGs); provided linkages to markets; and built a cadre of trained people at the village level. However, the inability of CIG members to access funds for subsequent investments raised questions on the sustainability of the CIG model beyond the project phase.

“The project intends to provide a sustainable mechanism by which rural poor, particularly women, can improve their access to social and financial services. The design of this project draws on lessons learned from not only the first phase of the Rajasthan DPIP but also from the rich experiences of the on-going second generation livelihood projects being implemented in the states of Andhra Pradesh, Tamil Nadu, Bihar, Orissa, and Madhya Pradesh,” said Nathan Belete, Task Team Leader for the project.