WB To Give $1 Bn For Rural Livelihood Programme 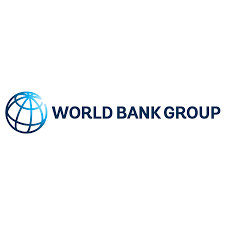 India’s National Rural Livelihoods Project (NRLP) is set to receive $1 million in credit from the World Bank to strengthen the implementation of the National Rural Livelihoods Mission (NRLM). The NRLM is a $7.7 billion poverty reduction initiative seeking to impact 350 million Indians. In extending credit for the initiative, the WB expects to see significant scale up of past livelihoods initiatives to other parts of the country.

The World Bank will help the Indian government create institutional platform by mobilising rural poor, particularly women, into robust grassroots institutions of their own where, with the strength of the group behind them, they will be able to access government welfare schemes and increase transparency and accountability in government systems.

The Bank has decided to invest in India’s ambitious poverty alleviation progarmme based on successful models of NRLM in some states that have been successful in reducing poverty and increasing asset base of the rural population.

“The success of NRLM, which is expected to serve as a backbone for pulling together all other poverty reduction efforts under one umbrella, will help India move closer to some of the key MDGs (millennium development goals) in the near future,” said Venu Rajamony, Joint Secretary in the Department of Economic Affairs, Union Finance Ministry.

The World Bank said the National Rural Livelihoods Project (NRLP), approved on Tuesday, would help the program scale up the successes of past livelihoods initiatives to other lagging regions of the country.