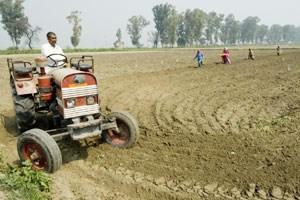 A recent Mint article discusses the mechanization of farms in India. The evolution of this sector in India has also led to major changes, such as a decrease in the number of people involved in agriculture, as well as the potential for new types of businesses. Though over 50% of the farm equipment used in India is through traditional animal power, there has been a significant increase in the sale of farm equipment such as tractors. These changes place India in a position where it needs to create more jobs across a range of industries.

Last week, I met a rural activist who told me that a good bullock now costs more than a Nano car. And he said that rising fodder prices have pushed the cost of maintaining such a farm animal to anywhere upto Rs2,000 a month. What’s more, a bullock has to be fed even during the months it has no work.

The increasing costs of using bullocks to do farm work as well as the fact that the Mahatma Gandhi National Rural Employment Guarantee Scheme has pushed by rural wages are contributing to an increase in farm mechanization. Mint had reported in December 2010 that tractor sales had touched record levels in the last three months of 2009 despite the fact that India had faced its worst monsoon in more than three decades and farm output had dropped 2.8%.
Around half the farm equipment used in India is still powered by animal power, according to an article published this week in Business Standard. But the rapid sales growth of farm equipment, especially tractors, in recent years suggests that more machines are being used in farms and orchards.

The mechanization of Indian agriculture comes in tandem with some other big shifts in the rural economy. The percentage of Indians working in agriculture is rapidly falling, with some economists estimating that nearly half the population gets most of its income outside agriculture. The flip side of this trend is that the rural economy is diversifying, with people active in all sorts of small businesses.

Most Asian countries have been through this transition, as underemployed labour that gets released from the agricultural sector is absorbed by a growing modern sector. One stylized illustration of this process was provided by the West Indian economist W. Arthur Lewis, who won the Nobel Prize in 1979. In a seminal paper published in 1954, Lewis developed his famous dual sector model of the economy. The traditional sector has unlimited supplies to labour which get gradually released into the modern sector, which can thus grow without any wage inflation.

The millions who will escape the farm will need low-skilled jobs in modern businesses. India has failed to create these jobs. Perhaps a majority of these jobs will have to come from factories in urban centres. But another possibility is the creation of new jobs in the rural areas itself — for example, in construction work, equipment maintenance, rural services, transport and modern supply chains that link farmers with urban consumers.