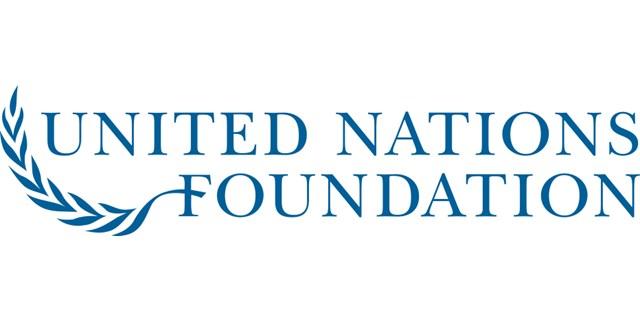 A note from UN Foundation President Tim Wirth about our activities at Rio+20 and the progress being made on the Secretary-General’s initiative on Sustainable Energy for All.

In May, in anticipation of Rio+20 (the UN Conference on Sustainable Development), I wrote to tell you about what the United Nations Foundation was planning for that event and to ask for your engagement.  Now, I thought you might be interested in our assessment of the outcomes of Rio and some of the directions sketched by that meeting during its 10 days of deliberations last month.

Like most of these large international meetings, Rio+20 was something of a county fair or a political convention: There was a small core of formal work being done, but most of the action was in the side events and informal activities that consumed most time and attention.  The success of Rio was not marked by the numbers of heads of state who attended, nor by the development of a new treaty or global agreement.  (The governments of Brazil, South Africa, Mexico, India and China headlined the attendance list, and the heads of state of Germany, the U.K., and the U.S. did not attend, signaling the growing shift of political and economic power in the world.)  Agreements reached were not in one or two global treaties, but rather in a series of smaller agreements, often led by private companies or non-governmental organizations.  This decentralized, diverse process also signaled an important shift in the way that the world does business today.

The text of the negotiated “outcome” document was weak, repetitive, and not very impressive.  However, Rio was not principally intended as an international negotiation.  Rather, it was a moment to reflect on the progress that has (and has not) been made over the last 20 years on sustainable development – i.e., “development that meets the needs of the present without compromising the ability of future generations to meet their own needs,” as the Brundtland Commission famously put it in 1987.

At the UN Foundation, we were particularly focused on supporting the leadership of the UN Secretary-General, Ban Ki-moon, in advancing his global initiative on “Sustainable Energy for All.”  At Rio, the UN for the first time placed a major focus on the importance of energy; as the Secretary-General said: “Energy is the golden thread that connects economic growth, social equity, and environmental sustainability.”  His initiative has three ambitious but achievable objectives for the world to reach by 2030:

By the end of the conference, the energy theme had become well established.  One prominent journalist described it as the “reverberating theme” of Rio, through the commitments of governments, businesses, and others to Sustainable Energy for All:

•    More than 50 governments from Africa, Asia, Latin America, and the Small Island Developing States signed up to participate.  Most of these had already initiated or completed energy sector assessments and gap analyses, laying the groundwork to scale up action in priority areas, undertake policy reforms where needed, and attract new investments and financial support.

•    Businesses and investors committed more than $50 billion toward the initiative’s three objectives.  Additional billions were committed by other key stakeholders – governments, multilateral development banks, and international institutions – to catalyze action in support of the initiative.

•    More than a billion people will benefit from these commitments.  Developing countries in particular will gain improved access to electricity and clean cooking solutions through scaled-up renewable energy sources, increased investment, and improved energy policies.  And a major part of the financial commitments will focus on efficiency and renewables in industrialized countries, thus helping with the climate crisis.

These new public-private partnerships were the dominant theme and the dominant outcome of Rio.  Ken Weiss wrote in the Los Angeles Times, “To some of those present, the conference presented a new model, a global gathering to inspire government and corporate leaders and others to move ahead and build momentum – rather than waiting for world leaders to reach consensus on a treaty to address climate change or other environmental matters.”

We were pleased at the outcome and the focus on energy for two central reasons – the close relationship between energy and sustainable development, and between energy and climate:  Climate is energy, energy is climate – they are practically the same thing.  Without a sustainable energy pattern, it is very hard to solve the climate issue.

To address these challenges, we need partnerships of governments (which can set the right rules), non-governmental organizations (which often have the most yeasty ideas and sense of the future), and businesses (which increasingly bring their efficient structures into broader partnerships).  At the UN Foundation, we were particularly engaged in the following specific areas:

•    All of the Millennium Development Goals – whether addressing poverty or health or education or the empowerment of women – are heavily dependent on access to energy.  One of our initiatives at the UN Foundation, the Global Alliance for Clean Cookstoves, makes that linkage particularly clear.

Exposure to smoke from traditional cookstoves and open fires – the primary means of cooking and heating for nearly three billion people in the developing world – causes two million premature deaths annually, with women and young children the most affected. Reliance on biomass for cooking and heating forces women and children to spend hours each week collecting wood, exposing them to personal risks as they travel long distances on foot, especially from refugee camps and in conflict zones.  The demand for fuel also increases pressures on local natural resources (e.g., forests, habitat), and cookstove smoke contributes significantly to climate change at the regional and global level.  The Global Alliance for Clean Cookstoves seeks to address these challenges through better cookstove design and the use of cleaner fuels.  In Rio it announced new commitments from Canada, Sweden, China, and Ghana and four corporate partners.

•    Energy is necessary for development, and sustainable development – the theme of Rio – is not possible without sustainable energy.  Our own Energy Access Practitioner Network, which comprises nearly 600 members globally, mostly small and medium-size businesses and NGOs, released a report in Rio with field-based recommendations on ways to improve access to electricity for the 1.3 billion people who now lack it.

•    Energy efficiency is one of the most powerful ways to reduce emissions, and in Rio, we announced plans for a Global Building Energy Efficiency Partnership to tackle policy barriers to this largest and cheapest climate opportunity.  We envision a business-led coalition that will work with country-level policy makers to create the enabling conditions for increased private investment in building energy efficiency.

•    These messages reached a broader global social media audience through our “Rio+Social” event: We attracted more than 600 bloggers, involved nearly 40 million social network participants, streamed all the proceedings live, shared relevant data and messages about energy, and introduced the world to some of the most important leaders attending the Rio meeting.  New generations were brought in through a presentation and performance by the rock band Linkin Park.  This engagement with social media is now practically built into our own DNA, and along with the rest of the world, we are learning as we go along, assessing participation and attempting to gauge longer-term impact.

Numerous other commitments were announced in Rio, too many to list, but all are posted at the initiative’s web site, www.sustainableenergyforall.org.  A few highlights follow:

•    The engagement of the United States was substantial within the context of the political and budgetary constraints felt by the Administration.  Secretary of State Clinton announced a new $20 million U.S.-Africa Clean Energy Finance Initiative to mobilize “hundreds of millions of dollars in private financing for clean energy projects in Africa and beyond.”

•    The U.S. pledged $2 billion through the Overseas Private Investment Corporation (OPIC) in the form of “grants, loans and loan guarantees for policy and regulatory development, public-private energy technology partnerships, and loans and guarantees to leverage private investment in clean energy technology.”

•    Bank of America set a 10-year, $50 billion environmental business goal.  Based on historical performance, this should deliver about $35 billion for renewable energy, energy efficiency and energy access.

•    The European Union announced an “Energizing Development” initiative that will provide access to sustainable energy services to 500 million people by 2030 and provide €50 million in technical assistance over the next two years.

•    Linkin Park, with some 44 million Facebook followers globally, launched a petition drive to world leaders on its Power the World web site, urging an end to energy poverty, and a pledging campaign to deliver “Solar Suitcases” to health clinics in Uganda.  Check out “The Story of Imani,” an animated video, at powertheworld.org.

•    The Institute of Electrical and Electronics Engineers and 40 other professional associations pledged the support of their 2 million members worldwide to Sustainable Energy for All.

Please consider making your own commitment to action – through advocacy, investment, or business strategy – and let us know so that we can share it on line and at our next major event, in September in New York.

The key people on the UN Foundation team – who are eager to hear from you – are the following:

We hope that you share our excitement about the progress we are making on Sustainable Energy for All and look forward to hearing how you might engage.