Time To Acknowledge The Dirty Truth Behind Community-Led Sanitation 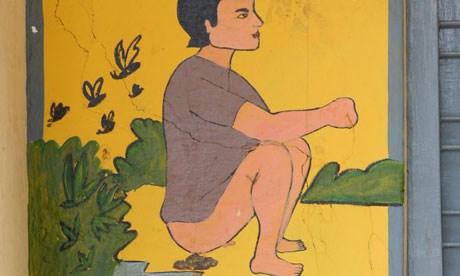 As part of India’s national Total Sanitation Campaign, community-led sanitation efforts have helped increase toilet usage from 20% to 100% within two years in certain parts of the country. However, research has showed that though toilet usage has increased, the means by which it has happened – through community-led coercion and public shaming, is not right or sustainable. Though more community members are using toilets, they have not been properly educated about the health benefits of sanitation (e.g. hand washing after toilet use). NGOs must therefore provide more training and education programmes if India’s sanitation campaign is to be successful and useful in the long-run.

The ends may justify the means, but let’s be clear – in rural India, extremes of coercion are being used to encourage toilet use.

Robert Chambers recently wrote that community-led total sanitation is leading to a development revolution, especially in south Asia. I agree with his assessment of sanitation’s importance. In practice, however, the success of community-led efforts often hinges on the use of outright coercion. In my experience, the measures used to encourage the use of toilets range from stone-throwing and public humiliation to bizarre scare stories about congenital abnormalities.

Last summer, I travelled to a semi-rural district in the southern Indian state of Karnataka as part of a four-strong group. India’s national Total Sanitation Campaign had led to an astonishing rise from 20% toilet usage in the area to almost 100% in just two years. We planned to produce a case study of success for project sponsors Unicef from which lessons for best practice could be drawn for the benefit of other parts of the country.

“Best practice” turned out to be slightly alarming. The toilets had indeed been constructed, local officials had made superhuman efforts, and people of all classes and castes were using the facilities regularly. But we weren’t prepared for the degree of (often community-backed) coercion used to get the job done.

Previous efforts to build toilets in the area failed to ensure actual use. They were often used to store firewood or chickens while families continued to defecate outdoors. Most people in a district only 40 miles from the IT metropolis of Bangalore didn’t see the attraction of investing in a toilet, preferring televisions and mobile phones.

The barriers to toilet usage were often emotional as much as practical. A Rajasthani once waxed lyrical to me on the joys of open defecation: “I used to go out into the desert with all my friends. We had our favourite spot – it was very beautiful and clean. Afterwards we’d all play games together, and then go again.”

Contrast this experience with the foul toilets at bus stations and hospitals, many people’s only experience of defecating indoors, and you get some idea of why officials and community leaders were united in viewing emotions as the key battleground for improved sanitation. From our very first meeting, everyone from senior bureaucrats to local kindergarten teachers talked proudly of their innovative approach to “persuading” the more reluctant members of the community to construct a toilet.

At its mildest, this meant squads of teachers and youths, who patrolled the fields and blew whistles when they spotted people defecating. Schoolchildren whose families did not have toilets were humiliated in the classroom. Men followed women – and vice versa – all day, denying people the opportunity even to urinate. These strategies are the norm, not the exception, and have also been deployed in Nepal and Bangladesh.

Equally common, though, were more questionable tactics. Squads threw stones at people defecating. Women were photographed and their pictures displayed publicly. The local government institution, the gram panchayat, threatened to cut off households’ water and electricity supplies until their owners had signed contracts promising to build latrines. A handful of very poor people reported that a toilet had been hastily constructed in their yards without their consent.

A local official proudly testified to the extremes of the coercion. He had personally locked up houses when people were out defecating, forcing them to come to his office and sign a contract to build a toilet before he would give them the keys. Another time, he had collected a woman’s faeces and dumped them on her kitchen table.

These tactics of public shaming bore little relationship to the “good” shame and fear that community-led total sanitation relies on in its participatory analysis of how “we are eating one another’s shit”. People praised toilets for their convenience and not their health benefits, about which many were sceptical – including some of the teachers charged with carrying the campaign forward in the community. Several described toilets as dirtier than the fields. The vast majority of facilities did not have soap for hand washing, which meant the expected health gains were lost.

This lack of knowledge testifies to the failure of the education programme that makes up a critical component of the campaign. Most people did not realise that microscopic pathogens cause disease. NGOs and officials have taken the path of least resistance: it is much easier to convince people of the more tangible evils of mosquitoes or unpleasant smells than to teach them about invisible germs.

In fact, often the education campaign devolved into sensationalist scare tactics, consciously intended to shock and terrify. These included graphic media stories on the rape-murders of women, and dramas about the dangers of child-snatching, robbery and snakebites while openly defecating (all rare in the area). In one village, a Unicef-sponsored NGO had even been showing people grotesque pictures of vast tumours and conjoined twins, suggesting they were the result of poor sanitation.

How should we feel about this? We concluded that humiliation and fear are strikingly effective tools. What’s the objection, given that the emotional coercion has been spearheaded by the local community itself? Improved sanitation is an undeniably great good, especially for women and children.

But we need to stop pretending that decentralised development is necessarily the ultra-democratic panacea it’s often made out to be. As we told Unicef, the ultimate success of the project in Karnataka was founded on community-led coercion – not a utopian democratic upsurge. If we think the ends justify the means, we ought to be honest about it.