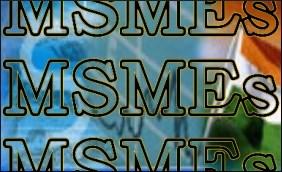 A recent article discusses how the Government of India’s Credit Guarantee Fund Scheme for micro, small, and medium sized enterprises has helped local entrepreneurs access credit through borrowing channels. The scheme was set up between GOI and the Small Industries Development Bank of India (SIDBI) and offers a collateral free credit facility. The scheme has reached approximately 700,000 entrepreneurs through guarantees and loans.

The Government launched the Credit Guarantee Fund Scheme for Micro and Small Enterprises in August, 2000 with the objective of making available credit to Micro and Small Enterprises (MSEs) for loans up to Rs. 100 lakh without collateral/third party guarantees. First generation entrepreneurs in MSE sector find it difficult to access credit from the organized banking sector. The banks on their part are concerned about the likely defaults in small loans and hence try to collateralize their exposure to the small borrowers. Keeping this in mind, it was thought fit to create the instrument of Credit Guarantee to enhance the comfort level of the banks for financing loans, as well as a new gateway for MSE entrepreneurs to get funding without collateral security and/or third party guarantee. The scheme is being operated by the Credit Guarantee Fund Trust for Micro and Small Enterprises (CGTMSE) set up jointly by the Government and SIDBI.

The scheme covers collateral free credit facility (term loan and/ or working capital) extended by eligible lending institutions to new and existing micro and small enterprises up to Rs. 100 lakh per borrowing unit. The guarantee cover provided is up to 75% of the credit facility up to Rs.50 lakh with an incremental guarantee of 50% of the credit facility above Rs.50 lakh and up to Rs.100 lakh (85% for loans up to Rs. 5 lakh provided to micro enterprises, 80% for MSEs owned/ operated by women and all loans to NER). One time guarantee fee of 1.5% of the credit facility sanctioned (0.75% for NER including Sikkim) and Annual Service Fee of 0.75% is collected from Member Lending Institutions (MLIs). The corpus of CGTMSE is contributed by the Government and SIDBI in the ratio of 4:1. At present the corpus is around Rs.3300 crore which enables substantial enhancement in the credit flow to MSEs by leveraging it many times over.

A total of 125 Member Lending Institutions comprising of 26 Public Sector banks, 18 Private Sector Banks, 68 Regional Rural Banks (RRBs), 4 foreign banks and 9 other Financial Institutions have been registered which allows a wide coverage across country.. CGTMSE has been recognised internationally and has been made a member of the Asian Credit Supplementation Institutions Confederation (ACSIC), which promotes sound development of the credit supplementation system for Micro and Small Enterprises in the countries of Asia through exchange of information, discussions and interchange of personnel among credit supplementation institutions. CGTMSE was chosen to host the 24th ACSIC Conference, a annual conference for Heads of Guarantee Organisations of Asian region for the first time in India during October-November, 2011.

The scheme has helped around 7 lakh entrepreneurs by providing guarantee & enabling them loans worth more than Rs. 31 thousand crore. Success stories abound, from a small taxi driver to steel equipment manufacturer.  Some of these stories are narrated below.

Ghanshyam Dubey, a taxi driver in Mumbai, tells us how easy his life has become, thanks to the CGTMSE. In the 30 years of his driving career, the past owner of six cars had to struggle to raise loans. Without collaterals he could not get a loan from a bank and would typically be forced to look at the unorganized sector for funding. This time, however, he approached an MLI of CGTMSE, which not only gave him the loan without collateral but also helped him with all the paper work. Ghanshyam says his loan was sanctioned in a record 3 days time. Talking about his experience, he says that while his colleagues had to wait for more than 20 days just to clear the paper-work, his taxi was at his front door in just 5 days. All he has to do now is pay his monthly installments through post dated cheques. With his current monthly income he can now provide quality education to his children and take care of their other needs without any hassle. The Trust has presented him with a better life.

Raju Mathews, a steel equipment manufacturer in Mumbai, was faced with the proposition of modernizing his machinery involving an investment close to Rs 70 lakh. Changing his decade old equipment was essential to make his upcoming delivery, which meant he was running against a deadline to raise funds. The entrepreneur of 14 years, Raju approached an MLI of CGTMSE for a loan after learning of a scheme for MSEs, which provided a subsidy. Raju was hoping for more than a subsidy in a tough market. Could someone help him with collateral? Fortunately, Raju’s requirement was eligible under CGTMSE scheme which gave him a credit guarantee cover. The whole sanctioning process was completed in time for his delivery. Raju’s company manufactures steel equipment and makes them available in the markets of Iran, Africa, Vietnam, Bangladesh and Sri Lanka, apart from selling it in India. His enterprise now boasts of a turnover of around Rs. 4 crores during the first quarter of FY 2011 as against the turnover of Rs. 15.45 crores during the previous year. The company now has a manpower of around 25 employees.

Nidhi Saxena’s dream of floating her own company bore fruit in 2005. After having served 15 years in the IT and the BPO industry, she was keen to become an entrepreneur. This had been her goal ever since she completed her MBA from the SP Jain College, Mumbai, in 2002. Sensing unlimited potential in the life sciences business, Nidhi took the plunge and started Karmic Life Sciences with a fund of Rs. 80,000 backed by an angel investment. Initial year’s success meant that Nidhi had to raise funds to grow her business but she had no collateral to raise loans from banks. Private equity funding was her first natural choice until her angel investor, Indian Internetwork, put her on to an MLI of CGTMSE for collateral free loans. After evaluating Nidhi’s requirements, the MLI recommended the CGTMSE scheme and explained to her how the Trust can help her not only in getting a collateral free loan but also get timely advisory assistance. Since the fund requirement was higher than what CGTMSE could cover, it was decided that a mix of loan and equity investment could be worked out under the small and medium enterprise promotion loan of the MLI. The only thing Nidhi had to assure was the promoter’s guarantee. Moreover, CGTMSE scheme gave her business a clear window to pay back in easy quarterly installment, a real boon for a startup. Today, with about 45 professionals in its fold, Karmic Life Sciences is on the growth path. The company which is aiming at Rs. 8 crore turnover in 2011, has already got into the US market. The company has a 12,000-square feet facility in Mumbai. It is planning to go for full Gold Standard in terms of information security by September 2010. It also plans to set up a sales office in the US. Nidhi’s company is also working towards setting up a cancer hospital in India. Contented with the collateral-free loans availed by her, Nidhi now recommends the Trust to potential entrepreneurs.

Dattaray Wedhikar’s career as an entrepreneur had begun when he set up a small scale unit called Bharti Industrial Corporation in Mumbai that manufactured components for sheet metal press. He was soon joined in the business by his son Sri Rajendra Wedhikar, who had just completed his Diploma in Engineering. Dattaray realized that Pune, which was then emerging as an industrial city, offered immense expansion potential for their business. The Maharashtra Industrial Development Corporation (MIDC) area in Bhosari, Pune, accommodated several industrial enterprises belonging to the MSME and large scale production sectors. Most of the MSMEs in the area were engaged in manufacturing automobile parts, components and small components as they fulfilled the role of OEM suppliers for large auto manufacturers based in India and overseas. Sensing an opportunity there, the Wedhikars relocated to Pune and set up a small unit in Bhosari in 1983 named Datsons Engineering Works, for supplying components mainly to TELCO. Dattaray raised the capital for this project by selling his modest flat in Mumbai and his meager savings. In its initial years, the unit struggled to provide adequate returns on the investment. It was crippled by poor infrastructure and the lack of a steady supply of raw materials, and their equipment that was unable to function at high capacities. Despite these problems, the unit was able to grow with the help of loans from a leading Public Sector Bank. The unit was aided in its growth momentum by the bank’s branch in Pune that provided four loans with collateral security in the unit’s initial years. (Source: PIB)