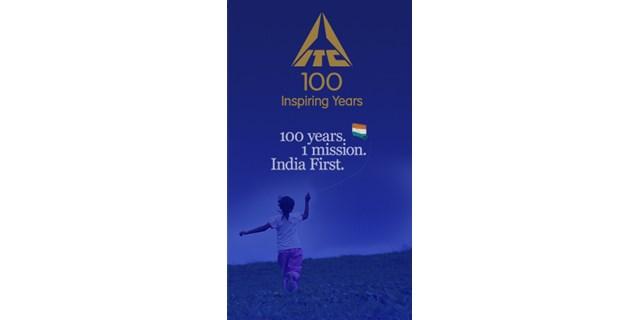 The Executive Director of Indian conglomerate ITC Ltd., Pradeep Dhobale, shares his thoughts on the sustainability of ITC’s paper business. Dhobale explains that ITC has managed forests and natural resources responsibly, though there is always a drive towards greater efficiency. The company’s paper production business uses less water than the industry average and provides inputs to farmers, working with them on cultivation techniques. ITC also has a waste recycling program through which it works with low-income waste collectors, schools, and communities to recycle waste paper. In the near future, the company has plans to increase its capacity, develop plantations, and work with a greater number of farmers. Pradeep Dhobale says the challenge for ITC’s paper and paperboards business is to further improve efficiency

However much environmentalists may promote paperless offices and people may desist from printing emails, our view as a paper company is the total carbon footprint of going digital is much higher than responsibly producing paper,” says Pradeep Dhobale, ITC Ltd’s executive director, who has been shepherding the company’s paper and paperboards business for the last 10 years.

Emails from ITC officials, however, end with the advice: “Can you avoid printing this? Think of the environment before printing the email.”

ITC runs one of India’s most efficient paper businesses: its state-of-the-art machines at Bhadrachalam consume less water than the industry average and convert pulpwood into crisp white paper at a staggering pace—in a little over five hours. The challenge now is to further improve efficiency and what holds the key to this is innovation, Dhobale says in an interview.

What, in your view, has been the most significant innovation till now?

I’d say our plantation initiative. We now have around 115,000ha under pulpwood plantation, and we are expanding it by at least 10,000ha a year. We provide the saplings and advise farmers on how to grow them, but do not restrain them from selling to others. It’s a different matter that we end up getting almost 100%— that’s entirely due to our relationship with the farmers.

Through years of research, we have developed clones that grow to the size for felling in only four years, whereas earlier they used to take up to seven years. Besides increasing pulpwood supply for the company, short-rotation clones have substantially increased farmers’ income from plantations, which, in turn, made it easier for us to get more people to grow pulpwood for us. Through these plantations we have created some 50 million man-days of employment largely for tribal and poor people.

We have recently begun an experimental plantation in Madhya Pradesh on 3,000ha. Who knows, someday we might decide to make an investment in that state as well.

You have also been recycling solid waste, too, to derive inputs…

Only about 20% of used paper is recycled in India, whereas the average in developed countries is 60%. The key problem is we do not segregate solid waste at source, or at the time of binning the rubbish.

In 2007, we launched an initiative called Wealth Out of Waste, or WOW, with schools in Hyderabad, under which we provided containers to separately bin different kinds of waste material. It took off fast, and the practice spread to homes as well. We currently have some 300,000 students partnering us in segregating solid waste in schools.

The success of our WOW initiative spurred us to expand it to the neighbourhoods of several southern Indian cities. Initially, we faced a lot of opposition from ragpickers, who thought we were going to rob them of their livelihood. But eventually, we managed to include them as well in our programme—we provided them bicycles to collect segregated waste from homes.

In 2009, we formed a partnership with the Ramky Group to collect segregated solid waste from homes. Though we pay marginally less than the conventional recyclers, or kabadiwalas, people eventually realized they earned more selling their rubbish to us because our scales are accurate.

Currently, we are recycling about 3,000 tonnes of waste paper from the WOW programme, which is about 30% of our recycled paper needs. Our plan is to push it up to 5,000 tonnes within a year. We receive a lot of plastic and metal scrap as well, which we sell to other recyclers. Lately, we have received approaches from several cities such as Ahmedabad and Delhi.

Indian paper mills continue to consume more water than those in developed countries. How do you propose to reduce water consumption at ITC’s plants?

We currently consume about 55 kilolitres (kL) of water for every tonne of paper produced at Bhadrachalam. This is significantly lower than the average for Indian paper manufacturers, which is 100 kL per tonne. We reduced water consumption at Bhadrachalam by about 25% last year (fiscal 2010), and continue to push for further reduction—the strategy is to expand capacity while keeping water consumption unchanged.

In this context, I must also mention that ITC, through its social initiatives, creates rainwater harvesting potential for much more water than is consumed by all its operations, making it a water positive corporation.

How do you propose to expand the production capacity of your paper business?

Largely by setting up new plants. Though we are open to acquiring existing plants, there aren’t many opportunities available. For a company like us, it makes no sense to acquire any plant that produces less than 100,000 tonnes a year. We have already decided on expanding the capacity of the Bhadrachalam factory by 100,000 tonnes; it currently produces around 420,000 tonnes a year. This will cost Rs.1,000-1,100 crore.

That apart, we have recently concluded an agreement with the Andhra Pradesh government to build a 300,000 tonnes per annum paper plant, for which we need around 1,000 acres of land. We went to four states, but eventually settled for Andhra Pradesh.

We will build the new plant on degraded forest land under a compensatory forestry model, which, for the paper industry, is surely a first. The government owns the land and is to allot it to us, and in return we are going to develop plantations in at least as big a plot.

This mega project is awaiting the clearance of the Union ministry on environment and forests, and a firm recommendation has gone from the Andhra Pradesh government. It will create 2,000-3,000 direct jobs and will need 50,000ha of plantations, creating 25 million man-days of employment.

Could it take long to receive clearance from the environment ministry?

No. Because we have an environment-friendly project, which would also create employment, we expect to receive clearance from the Centre within six months or so.

What in your mind is the biggest impediment to expanding the paper business?

Land certainly is one of the biggest constraints; the process of acquiring land takes such a lot of time.

Aren’t you considering expansion of the paper business outside India, where there aren’t so many constraints?

Well, we export paper and paperboards to over 40 countries and earn around Rs.300 crore a year from overseas sales, which we will continue to expand. But in terms of manufacturing capacity, I think there’s enough untapped opportunity in India to keep us from going abroad.

ITC might have gained social equity out of its concern for the environment and people’s development, but is it translating into business gains?

Yes, of course. Authorities across the world, especially in the developed countries, are pressuring companies to buy paper and packaging material only from manufacturers that manage forest resources responsibly.
http://www.livemint.com/2011/02/04174343/There8217s-enough-untapped.html?atype=tp