The Poster Children Of Social Enterprises In India 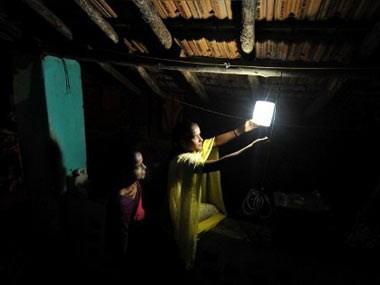 A recent article provides brief profiles of some of India’s oldest and growing social enterprises including Fabindia, SELCO, and Husk Power Systems. The article describes some of the challenges organisations have faced (e.g. SKS Microfinance) as well as those that have successfully achieved high growth (e.g. Fabindia) and the evolution and business models behind them. The article ends by posing the question: How do you balance enterprise’s profitability without diluting social objective?

Microfinance Institutions were supposed to be torchbearers of the Indian social enterprise movement, bringing micro-credit to millions of impoverished. Six months after SKS Microfinance’s high-profile IPO in Jun 2010, a spate of suicides by over 200 debt-ridden MFI clients in Andhra Pradesh brought the SKS juggernaut to a screeching halt. SKS and the MFI sector are yet to recover from the AP government intervention but a recent Associated Press expose vindicates the government’s stand that MFIs had indeed created a frenzy of over-indebtedness and pressuring borrowers so relentlessly that some committed suicide.

Fortunately, giving loans to the poor is not the only way to lift them out of poverty. In 2004, management gurus CK Prahalad and Stuart Hart popularised the notion that we should look at the poor as creative entrepreneurs as well as value-demanding consumers. While the popular narrative of Prahalad’s Fortune at the bottom of the pyramid focuses on large corporations expanding their markets, the premise is equally relevant for social entrepreneurs.

About 400 million Indians lose electricity access during blackouts – most of the affected are people in poor rural areas. AFP

Founded 52 years ago by American John Bissell with an initial objective to market India’s diverse craft traditions to the west, Fabindia eventually turned out to be India’s oldest social enterprise. Following a significant retail expansion that began in the late 1990’s, it’s now a reputable retail brand with 140+ stores in 63 cities. Its annual revenue for 2011-12 is expected to cross Rs 500 crore. It’s no coincidence that a slew of high-profile investors (LVMH, Carlyle Group and Azim Premji’s fund) have recently taken a stake in Fabindia, pushing its valuation over Rs 1,500 crore.

While everybody knows about Fabindia’s impressive range of ethnic wear and home furnishings, few are aware of the impressive backend aggregation – over 40,000 craft-based rural artisans comprise Fabindia’s production network. The artisan producer groups are organised as NGOs, social enterprises, or as Community Owned Companies (COC). The COC model is something that Fabindia actively started promoting in 2007 through its subsidiary – Artisans Micro Finance Limited (AMFL). A minimum 26 percent equity in these COCs is held by the artisans, 49 percent by AMFL, the rest by external investors and Fabindia employees.

Rangsutra is one such social enterprise that received an investment from AMFL. Founded by Sumita Ghose in 2006, Bikaner-based Rangsutra now boasts an artisan network that exceeds 2,000 and annual revenues near Rs 8 crore. About 90 percent of Rangsutra’s products reach Fabindia’s retail outlets and the remainder are exported. Ghose is currently evaluating Rangsutra’s eCommerce options.

According to the Ministry of Power, 84 percent of India’s villages were ‘electrified’ as of 31 December, 2009. This is a specious statistic because it hides the fact that only 53 percent of rural households have access to electricity. And what kind of access? About 400 million Indians lose electricity access during blackouts – most of the affected are people in poor rural areas.

When Harish Hande started Selco in 1995, he did several things differently. For starters, he lived for a few years in a village hut to experience first-hand life without electricity. He observed, among other things, that existing manufacturers were selling either two-light or four-light solutions, disregarding rural customers’ affordability and preferences. He built these insights into Selco’s DNA – making financing available at the customer’s doorstep and lowered the entry barrier further by offering a one-light system.

Over in Bihar… a different rural electrification model

Barring the jugaad examples that are perpetually being shared on Facebook, tinkering doesn’t come naturally to Indians. Tinkering that leads to genuine engineering innovation is even more rare. The fascinating story of Husk Power Systems (HPS) is reminiscent of the movie Swades. Gyanesh Pandey, who grew up in a village in Bihar without electricity, had moved to America to pursue a degree from Rensselaer Polytechnic Institute. He cut short a rewarding stint at a Los Angeles semiconductor company to return to Bihar where he, along with friend Ratnesh Yadav, invented a gasifier-based mini electric distribution system powered by discarded rice husks.

After a successful paid trial in the village of Tamkuha, prize money from two business plan competitions and a Shell Foundation grant provided the initial capital. Additional venture funding came from Oasis Fund and Acumen Fund. HPS now runs 60 mini-power plants that power approximately 25,000 households in more than 250 villages, impacting lives of 150,000+ people in rural India. HPS has identified its addressable market to be as high as 25,000 villages.

There are more things to love about HPS. At a total cost of $1/W, HPS plants are cheaper than the mega-size thermal power plants. They are replacing significant quantities of kerosene and diesel and have already sequestered 50,000 tonnes of CO2, for which they are rewarded by government subsidies. HPS has even figured out a way to make incense sticks from the rice husk char – waste product of a waste product – providing supplemental income to 500+ women.

The tricky lives of social enterprises

This Forbes interview provides a glimpse into some of Selco’s war stories. Would SKS have been less aggressive in loan disbursements and borrower repayments if they hadn’t had Sequoia and Khosla Ventures as investors? Maybe. With the new roster of investors, will Fabindia become less ‘artisan friendly’ in the face of margin pressure? Only time will tell. Neil Young says it best, “The same thing that makes you live (venture capital) can kill you in the end.“