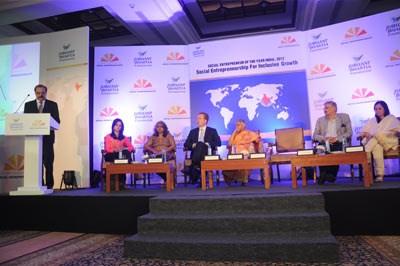 Teams from the Jubilant Bhartia Foundation, Schwab Foundation for Social Entrepreneurship and Start Up! have shortlisted 26 exciting and high-impact social ventures who have moved to round two of the Award process. The innovation and impact of their models is truly inspirational!