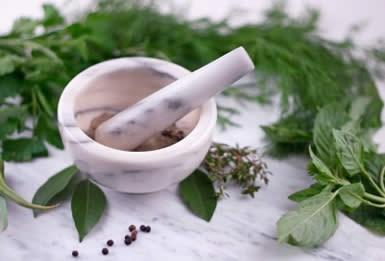 The Northeastern state of Tripura has invested in making homeopathy available to thousands of its residents by investing in ICT to deliver this form of health care via telephones and Internet based video. Chennai-based Infrastructure Leasing and Financial Services Limited (IL&FS)’ Education and Technology Services and Mind Technologies has been working with the Tripura state government to form this innovative public-private-partnership. So far the endeavour has resulting in the screening of over 15,000 people.

Hyderabad (South India): The Homoeopathic School of Medicine, founded by German physician Samuel Hahnemann in 1972 by propounding the “Law of Similars”, got a bog boost with the medical system reaching the remote tribals of north–eastern India.

Thanks to the vision and dynamism of the Tripura state government, committed Homoeopaths and ICT wizards for evolving a unique and exemplary Public-Private-Partnership  route for setting up the “Tele Medicine” project to take Homoeopathy to the masses successfully.

Considered the first of its kind project in the world, the ICT model has reached the doorstep of the hitherto inaccessible rural masses as part of effort at achieving the Millennium Development Goal, benefiting thousands of hapless people to preventive and curative health care systems.

This project has bagged the prestigious “eHealth World Forum” in the category of the ‘Best Public Private Partnership Initiative’ recently.

This development has gained significance ahead of the 66th world Homoeopathic conference of LMHI [Ligamedicorum Homoeopathica Internationalis- International Homoeopathic Medical League] to be held from December 1 to 4,2011 in New Delhi with the theme ‘ Homoeopathy for Public Health’.

Smiles beamed on the faces of  over 15,000 people in ten blocks of Western Tripura region as the ICT enabled health services reached them since February 10,2010.

The Telecommunication centers opened at the block headquarters had been linked with Indira Gandhi Memorial Hospital at Agarthala, the capital city of Tripura, manned by government paramedical staff.

This was in turn linked to ICT-enabled real-time doctor consultation facility at the National Institute of Homoeopathy in Kolkota and a Mumbai(Bombay)-based expert Dr.Jawahar Shah’s Mind Technologies.

A platform for live video coverage of the facilities interlinking all the units had been established using the Tripura State Wide Area Network.

The project had screened more than 15,000 people, half of them women, during the last 15 months, setting an example worth emulating for other parts of the country and remote areas in developing countries of Africa and Asia.

It was envisaged by the Chennai-based Infrastructure Leasing and Financial Services Limited (IL&FS)’ Education and Technology Services and Mind Technologies that provided complete vision, technical design and content  including remote support and training of the health workers.

Dr. Jawahar Shah, who is credited with developing a home-grown homoeopathic software system ‘Hompath’  says, “This will help people accept Homoeopathy and avail of it at a much affordable cost. It will overcome all geographic, economical and social barriers faced by the rural citizens and help them obtain quality primary, preventive and curative services through Homoeopathy. “

“People who need ICT live in the rural areas and at the bottom of the pyramid. According to WHO report 2006, Africa has 24 percent of the disease burden but only 3 percent of health workers command less than one percent of world health expenditure. Thirty one African countries have 10 doctors or fewer per 100,000 people whereas in India, there are 60 doctors per 100,000.”

“Developed countries spend 2 – 2.5 percent of their health budget on health ICT where as in US, it is US $ 55 per person and in Africa, it is US $ 0.70. Implementation of telemedicine in the developing countries face major problems related to high telecommunication costs, low internet penetration, lack of literacy and computer literacy and language.” Prof. Mars said while highlighting the role of private sector in facilitating the benefits of ICT in healthcare.