Tech For Social Good: School Of Information Students At Berkeley Show The Way 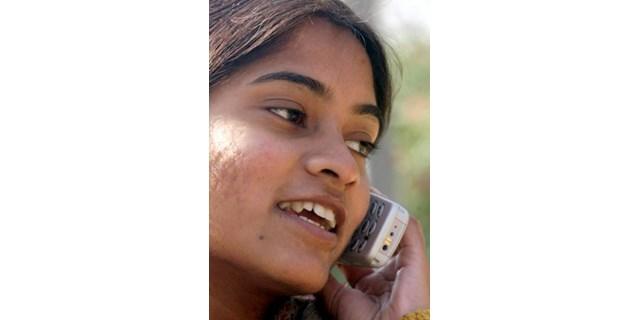 India’s extensive mobile infrastructure has led to an increase in the number of companies and initiatives focused on leveraging that network. A new project developed by business school students at UC Berkley focuses on using mobile networks and the mobile phones that millions of villagers have to send them outsourced jobs for Fair Trade villagers. Though just in its initial stages, the team plans to start a pilot project in India in the coming months and laying the groundwork to establish an official business.

The trend among business schools to launch courses or programs in “social entrepreneurship” or among their graduates to walk the “non-profit” path has been under the spotlight for quite some time now. But now, an innovative course offered to students of technology at the School of Information at UC Berkeley has led a group among them to work on commercializing one of their class projects to bring about a positive difference to the lives of the literate poor in distant Indian villages or urban slums.

The class project, titled ‘MobileWorks’, was evolved within the course Social Enterprise using ICTs for International Development, and aims to reach a slice of India‘s burgeoning outsourcing industry to groups who are currently excluded from its fruits. The project takes advantage of India’s widespread mobile phone usage to send outsourced data-entry jobs through phones to India’s villagers and slum residents, providing them fair trade wages.

While one does hear of courses in technology schools that address engineering and product development challenges in developing countries, or about fundamentals of social business being taught in B-schools, this particular course is a unique one focusing on integrating information technology innovation and entrepreneurship for development. Thus, not only do class projects focus on socially relevant applications of IT, but rather these encourage a highly iterative, design-oriented and feedback-driven approach to developing and refining business plans around the tech applications.

The ‘MobileWorks’ team, for example, had an eye towards the commercialization of the project right from its conception. Anand Kulkarni, a member of the team, explains, “We spent a substantial amount of time in assessing and validating the potential social and commercial impacts of the venture.  One early challenge placed before participants in the course, as early as the second class, was the scalability question: we were taught to ask ourselves, in evaluating our ideas for businesses, whether we thought we’d be able to put our socially-conscious products into the hands of at least a million people.”

Clearly, if a project failed this test, it was not worth the time. Thus for Mobileworks, as for other projects within the course, students had to reconfigure their ideas until they proved to be scalable.  They were constantly in attempt to justify the marketability of products through one-on-one interviews with our target customers and users – for ‘MobileWorks’, for example, Anand says they interviewed communities throughout India as well as marginalized groups in the United States, such as the homeless and former prisoners.

Another student member David Rolnitzky throws light on the kind of business instruction received as part of the course and how it helps students. The class studied with a number of guest lecturers on topics like social entrepreneurship, program evaluation, social impact assessment, and writing a business plan. “Along with constantly revising pitches and practicing them in class, topics included how to establish partnerships overseas, coming up with social return on investment metrics, and discussing business viability.  Lectures on how to establish partnerships and the nuances and challenges of creating those relationships in a foreign country were very instructive for me personally–something that I haven’t faced working only in the US,” points out David.

Building a business around a class tech project to impact the lives of people half a world away is obviously not without its challenges. “One of the biggest challenges was trying to validate, or at least try and receive feedback about our project while being located in Berkeley, California, without travelling overseas,” says David.  However, Professor Tapan Parikh who conceptualized and taught the course had extensive experience designing and implementing information systems in rural areas of the developing world and thus, some good initial contacts in India which proved to be very helpful.  The team also did initial research with local users in San Francisco, California that had lower computer literacy and conducted a number of interviews potential users in India as well as professionals involved in the mobile industry. This helped inform both the product design and business model.

Today, the MobileWorks team is working towards launching a pilot program for MobileWorks in India – polishing the working prototype, conducting additional user tests, and concentrating on the business aspects such as fund raising, client recruitment and business plan finalization. In a first achievement of sorts, the project, along with two others developed within the Social Enterprise course, has already been awarded a total of $10,000 by the National Collegiate Inventors and Innovators Alliance to support future work.

One of the other projects is ‘Awaaz De’, as part of which students are designing affordable tools to help NGOs in developing regions connect with their constituents; they plan to test their interactive voice messaging service with an LGBT community center in Chennai, India. The second is Shreddr, which provides affordable data management services to the developing world via a web-based service with on-demand digitization of paper forms and easy online access.

The enthusiasm among students to remove the disparity of information access between the rich and poor, and enable all groups of society to access and reap the benefits of technology is clearly palpable. Their mentor Professor Parikh, who has himself worked extensively with non-profit and community-based organizations in rural India and was named Technology Review Magazine’s ‘Humanitarian of the Year’ in 2007, says that this interest and motivation in using their knowledge to make the world a better place is definitely a long term trend.

“In my experience, this motivation rapidly outpaces other concerns such as personal wealth and affluence, particularly in developed societies like the United States where the most basic needs are already met, especially for educated students and their families.  I believe there is an incredible unaddressed opportunity to leverage this good will and energy for the improvement of the world and the situation of some less-advantaged communities; and that is exactly what my course and the social enterprises that emerge from it aim to catalyze,” says Parikh.