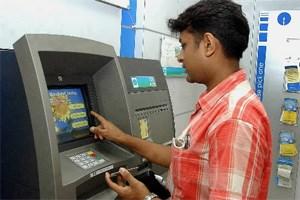 A recent Mint article discusses investments made by Indian private equity firm, Aavishkaar, and Indian non-banking finance company, Tata Capital, into Vortex Engineering, a manufacturer of low-cost ATMS. The total investment amount was reported to be approximately $9.7 million. The investment is intended to help Vortex scale up across rural India. Since 2007, the company has installed 500 low-cost ATMs in the country, 300 of which are solar powered.

The new infusion of capital by Aavishkaar and Tata Capital is expected to help scale up the business. The company has installed and operated 500 low-cost and low-maintenance ATMs across rural India since 2007

A Vortex company executive, who didn’t want to be named, confirmed that both the companies were investing a total of Rs. 50 crore. Aavishkaar and Tata Capital did not respond to emails sent by ‘Mint’.

Aavishkaar invests in start-ups and functioning enterprises that impact the average rural or semi-urban Indian and was one of the early investors in the Chennai-based company. It will be increasing its stake, while Tata Capital will be a new investor. A few months ago, the World Bank’s International Finance Corp. (IFC) wing committed to invest $3 million (about Rs. 15 crore) in the company.

The new infusion of capital by Aavishkaar and Tata Capital is expected to help scale up the business. The company has installed and operated 500 low-cost and low-maintenance ATMs across rural India since 2007, of which 300 are solar powered.

Less than 25% of India’s 45,000 ATMs are located in rural and semi-urban areas, where 70% of the country’s population live, according to Vortex. This is where the company sees growth coming from. It expects to install and operate 10,000 ATMs in the next two years.

Vortex, a pioneer in rural ATM technology, was started in 2001 as an incubation project at the Indian Institute of Technology Madras by L. Kannan, a mechanical engineer.

Vortex ATMs use fingerprints as an authentication measure, which helps the company serve its rural customers better.