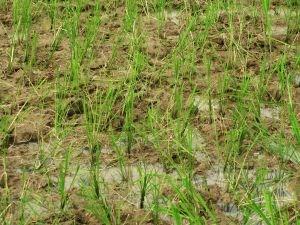 Driptech is a unique social enterprise quietly working to reduce poverty by developing affordable, water-efficient irrigation systems for small-plot farmers in rural parts of the developing world. In a world where almost 600 million small farmers subsist on less than five acres of land, access to affordable and reliable sources of irrigation is critical. The vicious circle of poverty continues unbroken when the small farmers do not get access to affordable irrigation and are unable to achieve optimal productivity.

Driptech was founded three years ago by Peter Frykman. Driptech’s irrigation system is decidedly low-tech. It consists of 200 meter lengths of cheap, precision-punched tubing that delivers water directly to the roots of the plants. The system is based on the principle of gravity. It uses mesh filters to ensure that clean water is provided for irrigation.

Driptech’s Director of Business Operations, Jean Shia, says, “The Driptech system works because it is able to scale down to the minimum amount of functionality needed to reap the benefits of traditional commercial drip irrigation without adding unnecessary costs to the design. It is the first system we’ve seen that delivers the appropriate balance between quality and price for small plot farmers.”

The idea of Driptech came up in 2008 when Frykman was taking a course called “Entrepreneurial Design for Extreme Affordability” in Ethiopia, as a part of his PhD program in mechanical engineering at Stanford University. During his stay in Ethiopia, Frykman witnessed the country’s worst drought in 20 years. He met subsistence farmers who did not have access to water to grow their crops, and the locally available irrigations were too costly for them to afford.

That same year Frykman raised a seed capital of $50,000 and launched a pilot program in rural India with 15 small-plot farmers. Shia says, “A Driptech system saves 30% to 70% of the water used by traditional methods. Drip irrigation also increases crop yields by 20% to 90%. Farmers are able to produce enough vegetables to meet their own families’ nutritional needs, grow additional crops to sell in local markets, and grow high value crops during the dry season.”

Today more than 600 Driptech irrigation systems are already in place in India and China. Driptech has future plans to reach out to the emerging markets in Africa and Latin America to provide affordable access to irrigation for small-plot farmers.