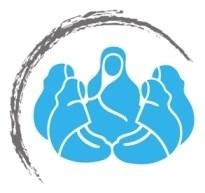 SKS Microfinance, India’s first microfinance institution to go public has recently lowered its interest rates from 26.69% to 24.55%. The reduction comes after the microfinance crisis in Andhra Pradesh and after internal controversy has made the company’s share prices drop.

SKS Microfinance, the only listed microfinance institution (MFI) in the country, has reduced interest rates from 26.69 per cent to 24.55 per cent. The change would apply uniformly across the country, with effect from January 11.

“The company will not collect any credit shield charge, loan processing fee or card fee. With this, all effective interest rates will remain at 24.55 per cent (depreciating), or a flat 12.55 per cent a year, for all future disbursements,” the company said in a filing to the Bombay Stock Exchange (BSE) today.

SKS had earlier said its collections had dipped due to transition to monthly collections. Related changes in the management information system, passbook and member communication, mandated by the Andhra Pradesh Micro Finance (Regulation of Money Lending) Act, also contributed.

The company also said the changes introduced in the sector in Andhra Pradesh would have a material impact on the its revenues, profitability and assets quality. However, the collections in other centres were good, it added.

The stock, which touched a high of Rs 1,490.7 on September 28, shortly after the company went public, has been on the downslide since the first week of October, when it was embattled in a controversy over sacking of its chief executive officer and managing director Suresh Gurumani. A spate of suicides of MFI borrowers in the state also put pressure on these institutions.

PTI adds:
SKS Microfinance has said the move will not have any impact on the company’s financials.

“Even in the past, we had reduced interest rates and successfully managed to keep the top line and bottom line intact. We will manage the top line by expanding our base,” a company spokesperson said.