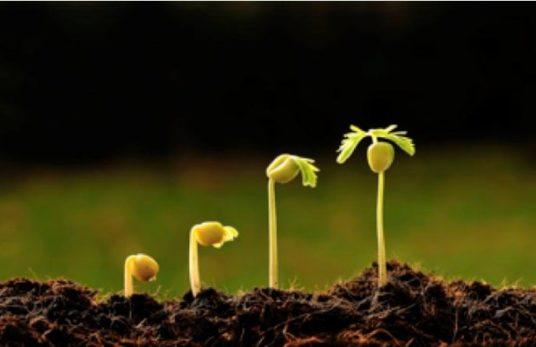 No other event in the recent past has brought more cheer to a large section of Indian population than Indian Meteorological Department (IMD) forecast of an above-average and well-distributed monsoon for 2016. Farmers, consumers and Government is happy with this news, so are the stock markets. This reflects the importance of Indian agrarian economy despite reducing share of agriculture in GDP (approx. 15% of GDP).

The news is more soothing in the context of twin drought years (2014 & 15). About 55% of India’s agricultural area is rain-fed. India also consumes 2-4 times more water per acre for irrigation than countries like China, Brazil and USA. India’s 75% of cattle population also reside in rain-fed areas so a bad monsoon can also severely impact availability of fodder.

Despite positive monsoon forecast, the prices are already on boil for some commodities (Chili, soy, cottonseed, sugar, vegetable oil etc.). Growing demand for food and feed (>8% per annum) with supply constraints arising out of volatile monsoon in the recent past and low productivity gains has resulted in food inflation. Food inflation going forward will be a systemic trend, which at best can be predicted but cannot be avoided.

Higher commodities prices in India is also reducing India’s global competitiveness. A case in point is soybean meal (mostly used in animal feed). India has become an importer despite about 15% import duty on the meal. In not-so-distant past, India has exported in excess of 3 mn tonnes of soymeal per annum. Another example is Corn, which is being imported in India after a period of 16 years. Also, the first wheat cargo to be imported into India this year arrived in Tuticorin from Australia this week, in spite of a 25% import duty.

I see a three-pronged approach as long term solutions, which include:

I have written on policy reforms as well as need for investments in agribusinesses in my previous blogs so I will focus this article on the third component which is driving growth through innovation.

However before proceeding to innovations in the ag supply chain, I want to make a couple of points on policy reforms as well as need for investments in the context of recent developments.

On policy front, current government’s focus on providing crop insurance, irrigation and soil health cards needs to be applauded. The target of doubling farmer income in five years’ though sounds ambitious, is achievable.

One important initiative in that direction will be to develop strong market linkages for farmers with agro / food processing industry. Hence it is important to boost the health of the processing industry first which is not only fragmented but also capital starved. One reform which I believe can be game changer in this direction is the liberalization of norms of priority sector lending for agriculture to increase credit for agro / food processing industry. The industry is working capital intensive. The debt is either not available and if available, the cost of borrowing is insanely high. The source of financing are banks, NBFC, trade finance companies and unorganized lenders. High interest cost converts healthy EBIDTA (gross margins) into sick PAT (net profit) for most SMEs in the sector leaving little cash in the businesses for growth and innovations. If interest cost to this sector can be brought down through changes in priority sector mechanisms, it can do wonders for the industry as well as for the farmers supplying raw material (which accounts for 60-80% of revenue) to the industry.

Let me now talk about how innovations can be the third pillar for driving the growth of the sector. The most fascinating part is that majority of ag innovations are driven by professional entrepreneurs who are developing products / processes for value addition / cost reduction / higher efficiency. They are ready to soil hands and willing to get out of comfort zones to spend time in semi-urban / rural areas. Also many traditional SMEs are also warming up to new ideas and concepts. I believe India will become a major hub for agri- innovations by 2020 developing business models relevant not only to India but also to the rest of the world.

Innovation as growth driver for the agribusiness sector in India

India stood third after USA and Israel in terms of amount invested in ag innovations. Majority of these themes are relevant to India but if I have to pick top five, they would be:

Majority of the Indian population derives its protein from pulses and cereals and to some extent from oilseeds like soybean, groundnut and sesame. Proteins from milk, meat, fish & poultry are expensive as compared to vegetable proteins. About 40% of Indian population is below poverty line and does not have enough purchasing power to buy pulses, the major source of dietary proteins.

Uses of alternative proteins such as soybean and other oilseeds as protein source is the only option for India to augment its protein supply at an affordable price to poorer sections of the population. Even soy protein is becoming expensive as it is increasingly used for human consumption. Thus, development of alternative proteins for animal feed as well as making them amenable for human consumption through fortification with cereals will be a key theme to watch out for. The Challenges include removal of anti-nutritional factors, increase nutritional value and improve digestibility.

The conventional oilseed processing industry is transforming. There are many companies working on this theme. One shining example is Abhay Cotex, based in Jalna which has done phenomenal work in this area to produce some innovative alternative solution for animal as well as human nutrition.

Precision farming is capturing and processing of data to help farmers, processors, input and output companies to make decisions for efficient use of resources. Many companies with team of agronomists and data analysts are developing software platform to improve input efficiency and yield. There are many components of precision agriculture such as profiling farmers / farms, establishing traceability of farm produce through geo-tagging, real-time monitoring of crop for detection of diseases / pest attacks, estimation of crop harvest etc. Use of satellite data can help map the farmer’s field to the accuracy of one square data. The overlap of field data with crop / weather / soil data gives useful insights for decision making.

The use of timely and accurate data can take out many inefficiencies in Indian food supply chain by enabling disintermediation as well as bringing transparency in the system.

Companies such as CropIn, Innovation Agro, Skymet, AgRisk are doing remarkable job in this space. There are also a few Silicon Valley returned entrepreneurs trying to make a mark in this high potential area.

The availability of farm labour is going down because of migration to non-farming activities, thus shortfalls have to be met mostly through electro-mechanical power sources. Farm mechanization also helps in in increasing productivity by about 30 – 50 %. Farmers can also take multiple crops.

There are many entrepreneurs who are trying to come up with innovative farming solutions. For e.g companies like Sickle Innovations, Agventures have developed cotton picker which can significantly increase the cotton harvest. Mangalore Robotaunics has developed remote controlled power tiller which not only increases the output but also reduces the chances of physical injury to the farmer. Likes of Tessol, New Leaf Dynamics and Ecozen are developing energy-efficient cold chain solutions.

There are many companies in organic farming which have demonstrated scale like Organic India, 24mantra, Khyati Foods, Suminter on the back of exports as well as upsurge in domestic demand. There are some very promising early stage organic companies like Carmel Organics, Parvata Foods, Akshay Kalpa, Ekgaon, Isayorganic, Justorganic making a mark by working closely with farmers.

In the nutrition category, Tropilite Foods has developed first-of-its-kind bacterial culture for making curd culture through in-house R & D with support from DSIR. This culture is substitute for cultures imported into India (usually meant for yogurts). Another company, Science for Society (based in Mumbai) is developing some innovative solutions around nutritious dehydrated foods. BP Foods is working towards making baker’s flour in India, which is usually imported. Ycook is working on improving the shelf life of perishable products.

“Direct to Consumer” space is dominated by food e-commerce companies. However, there are few companies who are truly “farm-to-fork”. In fruits and vegetables, there are some B2C as well as B2B models like iorderfresh, Groots, Green Agtech who are developing supply linkages with market yards as well as farmers to sell fresh to consumers and institutional customers.

I am sure that I am missing many more names. The list of innovations is long. The challenges for ag entrepreneurs includes scarce funding and management bandwidth to scale. The front-end of food supply chain (food e-commerce) has attracted billions of dollars but the supply chain innovations struggle to get even a million dollar.

To conclude, I am confident that prudent investors will see value in funding the agtech and supply chain innovations. The youthful energy and commitment of these young-ag-entrepreneurs augurs well for Indian agriculture. Their successes can bring much more and everlasting cheer to Indian economy than a positive monsoon forecast!