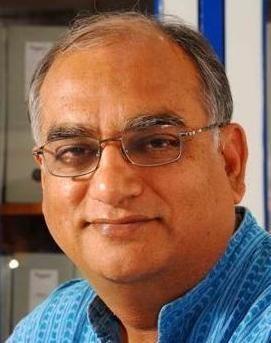 Social entrepreneur, Vijay Mahajan, recently said that the BASIX Group would apply for new bank licenses, based on the Reserve Bank of India’s new draft guidelines. Following the microfinance crisis in India last year, when the state government of Andhra Pradesh severely curtailed the operations of microfinance institutions (MFIs) working in the state, MFIs have found it difficult to access capital for on-lending. Given this situation, Mahajan hopes to apply for the proposed new bank licenses to continue serving the un-banked and under-banked population in India. In an interview with Somasroy Chakraborty from the Business Standard, Mahajan discusses how the BASIX Group would conform to banking standards.

The Reserve Bank of India’s (RBI) quest for financial inclusion through new banking licences has caught the imagination of social entrepreneur Vijay Mahajan. A day after RBI released the draft guidelines on new bank licences, Mahajan said the BASIX Group, a financial services conglomerate promoted by him, would apply for one. BASIX had set up a local area bank in 1999. The Krishna Bhima Samruddhi Local Area Bank, which operates in Andhra Pradesh and Karnataka, mobilises rural savings and offers financial services to the under-served population in that region. In an interview with Somasroy Chakraborty, Mahajan said BASIX was now prepared to promote a nationwide bank and conform to most of the norms mentioned in the draft guidelines. Edited excerpts:

Are the draft norms on new bank licences favourable to BASIX’s plan of promoting a bank?
The objective of the government and RBI is to expand financial inclusion through banks—spreading banking and financial services in un-banked and under-banked regions. RBI said the business model for new banks should be realistic and viable and that it should address how banks plan to achieve financial inclusion. At BASIX, we have been promoting financial inclusion through our group companies for the last 15 years. We already have a local area bank that caters to the banking needs of people in that region. Our ambition is to have a bank with pan-India presence. We will definitely apply for a nationwide banking licence.

Are you comfortable with the non-operative holding company structure?
At BASIX, we already have a similar structure in place. It is something I learnt in the US. There, in many cases, the corporate structure includes a holding company that holds all other companies in the promoter group. The holding company of the BASIX Group is called Bhartiya Samruddhi Investments and Consulting Services (BASICS), which commenced operations in 1996. So, we have 15 years of track record as a corporate and 12 years as a bank. The draft guidelines suit our structure.

What are your views on diversified ownership?
We have to get some clarity on this because for us, licensing could be slightly different, since we already have a bank. The ownership structure was not specified by RBI when we started operations of our local area bank.

Will the 49 per cent cap of foreign shareholding for new banks for the first five years be a deterrent in raising capital? How much additional capital do you have to raise to meet the minimum capital requirement of Rs 500 crore?
I don’t think the draft norms proposed for foreign shareholding would be a deterrent, as the guidelines would ultimately be the same for existing and new banks. The paid-up capital of Krishna Bhima Samruddhi Local Area Bank is about Rs 17-18 crore. So, we have to raise almost the entire Rs 500 crore.

Are you confident of raising Rs 500 crore, given you had found it difficult to raise funds for your non-banking financial company (NBFC)?
Raising capital for the bank would not be a challenge at all. RBI has made listing mandatory for new banks within the first two years of licensing. This would provide investors with an exit option. We were facing problems in raising funds for our NBFC, primarily because of the crisis in the microfinance sector. But we have been able to resolve that issue as well.

You were planning to raise Rs 300 crore for your NBFC earlier this month. How much have you raised so far?
We have already raised about Rs 280 crore and now, and Rs 15-20 crore more is needed. The funds have been raised through a combination of debt and equity instruments.