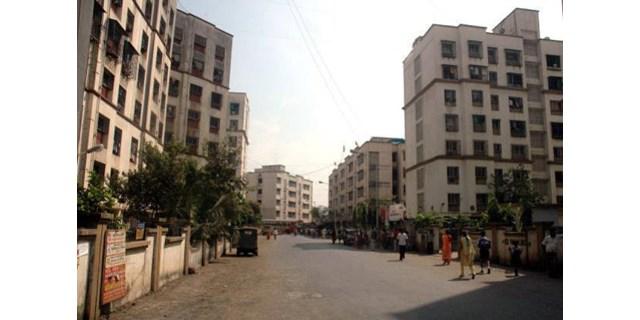 Washington D.C. based Ashoka Innovators for the Public is set to work with a large network of social entrepreneurs, NGOs, international and local businesses, and community organizations to construct more than 10,000 affordable homes in non-metro Tier I and Tier II cities in India. The Ashoka-promoted Housing for All (HFA) is supporting the initiative in order to help house low-income people in India and demonstrate how partnerships can “accelerate development of low-income housing markets globally.” Amid speculations of a fresh meltdown in the property market, the Washington-based Ashoka Innovators for the Public, founded in 1980, has renewed interest in affordable housing. It has roped in ‘social entrepreneurs’, including professionals and NGOs, to construct over 10,000 affordable houses under the Hybrid Value Chain (HVC) framework.

Ashoka is planning affordable housing complexes in non-metro and Tier I and II cities such as Ahmedabad, Satara, Pune, Bangalore, Coimbatore and Madurai in the next two to three years, unlocking market potential of nearly Rs 400 crore in this segment.

The Ahmedabad project, Umang Lambhais expected to be completed by end-2011. For most of the beneficiaries, dwellings in this project will be their first-ever houses. There will be no subsidy involved at any stage as the houses will be financed byloans.

HFA, financed in partnership with the Hilti Foundation, focuses on providing new homes to families at the bottom of the economic pyramid in India.

It is part of an international demonstration of how HVCs can accelerate development of low-income housing markets globally, including projects in Brazil and Columbia, said Mr Swaminathan. India needed at least 24 million houses as per the 2001 Census and the 2011 exercise is expected to increase the number to 26 million.

HFA has devised a strategy to construct houses with a maximum price-tag of around Rs 10 lakh at the current price levels. The focus will be on those people who have no income statements, are out of banking system and cannot take housing loans under the existing norms, he added.

In the Umang Lambha project near Lambha village, 780 beneficiaries have already been identified for the 800-unit first phase and another 600 for the second phase of 850 houses.

Mr Swaminathan said the developer with land is the first stake-holder to be brought into the picture for such projects, followed by a local NGO which understands the local conditions. With this tie-up, the third one to join the group is the financial institution(s) which can give loans to the low-income people.

We want to work out hundreds of such arrangements across 15 cities in India in the next two years.” For this, Ashoka will launch a project “Accelerator Entrepreneurs” soon.

The unique feature of the Umang projects will be the local NGO trying to filter out investors-speculators and selecting the real users. The project will not be open to the market and no traditional advertising will be done.

Besides, the NGO involved will set up its own office, permanently, in the housing complex to look after maintenance of the complex and other aspects related to the well-being of the residents, whom it would select after scrutinising their paying capacity and needs so that only genuine users could be given the houses.

Since it would be their first, dream house, non-subsidised and self-financed, most of the users are expected to move into the houses themselves.
http://www.thehindubusinessline.com/features/investment-world/personal-finance/article1553448.ece