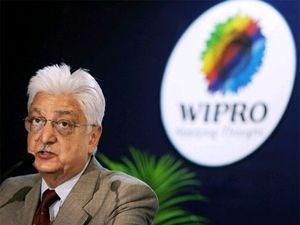 Fabindia, an artisanal retail chain, has recently received an investment of more than $20 million from Premji Invest. In 2007, luxury group LVMH’s private equity arm, L Capital, invested $10 million for an 8% stake in the company. The more recent investment will enable Fabindia to open an additional 40 outlets in the country and also expand internationally.

The US venture capital fund owned by ex-World Bank president James Wolfensohn had invested $10 million in the company in 2007. With the current round of funding, Fabindia will expand its operations both in the domestic and international markets, said Fabindia Managing Director William Bissell.

The company plans to open another 40 outlets in India, and expand in the overseas markets especially in the UK, where it already owns a chain of lifestyle stores called East, and also strengthen its backend infrastructure.

“We chose Premji Invest because we share a similar ethos,” said Bissell. Founded in 1960 by a young American, John Bissell, to market the diverse craft traditions of India, Fabindia started off as a company exporting home furnishings.

Fifteen years later, its first retail store was opened in Greater Kailash, New Delhi, with a range of upholstery fabrics, durries, and home linens. Retail was a small part of the company’s business until the mid-to-late 1990s, when William Bissell took over the company from his father John Bissell and transformed it into a national retail brand.

Today, Fabindia, known for its handcrafted jewellery and kurtas, besides household furnishings, pottery, organic food and handicraft, operates close to 150 outlets across major cities and small towns, including Raipur, Trichi and Karnal among others. It sells 66,000 products sourced from India’s 212 districts.

Premji Invest and L Capital outbid at least a dozen private equity funds, including Bain Capital, Temasek, Carlyle, Everstone Capital, New Silk Route, Sequoia and KKR, that were in the race to invest in Fabindia.

“We invested in Fabindia as it blends commercial interest with a social objective,” said Ravi Thakran, managing partner of L Capital Asia. “It has the potential to become a global leader and we will be glad if we could help it scale to that level,” he added.

Rising consumer spend on luxury couture is leading to a sharp spike in private equity investment in the apparel sector in the country. Last year, L Capital invested about Rs 100 crore in Genesis Luxury Fashion and has plans to pick up additional stake in the company over the next one year.