Over 5.50 Cr Families Identified As BPL In Rural India: Govt 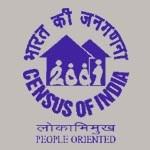 According to a 2002 census, over 55 million rural familiies in India are below the poverty line. The Census identifies Bihar, Uttar Pradesh, and Maharasthra as having the highest number of below poverty line families. The 2010 census is still being conducted and data on the urba poor has not yet been conducted. Minister of State for Planning Ashwani Kumar expalined that for a five member family in urban India, the poverty line would be just over $100 a month whereas in rural India it would be just under $100 per month.

New Delhi, Sep 8 (PTI) Over 5.5 crore families have been identified as below poverty line (BPL) in rural areas in 2002 census, except in six states and union territories, which have not yet finalised there BPL lists, Parliament was informed today.

“States and UTs have identified 550.821 lakh (5.50 crore) rural families as BPL under BPL Census 2002,” Minister of State for Planning Ashwani Kumar said in a written reply to the Rajya Sabha.

He said six states and UTs — Kerala, Orissa, Sikkim, Tripura, Puducherry and Lakshadweep — have not finalised their BPL lists.

The minister said it is too early to identify the BPL population as per the BPL Census of 2010, as the Socio-Economic Census is still underway.

“For the urban areas, the Socio-Economic Survey for identifying BPL families has not been conducted so far,” Kumar said.
As per existing data based on the 2002 Census, Bihar has the highest number of BPL families at over 1.13 crore, followed by Uttar Pradesh (1 crore) and Maharashtra (45lakh).

“The Planning Commission is in the process of estimating the revised per capita poverty line as per the Tendulkar Methodology on the basis of 2009-10 survey data on Household Consumer Expenditure,” the minister said.