Our Visit To Two Skoll Awardees In India 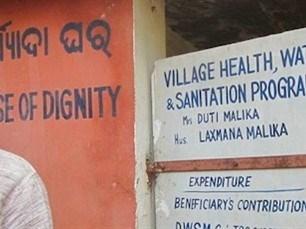 The Skoll Foundation reports on two of its awardees in India, the International Development Enterprises-India (IDE-I) and Gram Vikas. IDE-I was set up to create access to markets and increased income for villagers across India. One of its products included a treadle pump for simple irrigation, which is made and distributed locally, enabling a new network of jobs and income. The other Skoll Awardee, Gram Vikas, facilitates access to clean drinking water and sanitation.

By Kristin Gilliss and David Rothschild

This month we visited India to see the incredible on-the-ground impact of International Development Enterprises-India (IDE-I) and Gram Vikas. In rural Orissa, one of India’s poorest states, we visited remote villages and farms together with Amitabha Sadangi (IDE-I) and Joe Madiath (Gram Vikas) — a powerhouse duo of revolutionary development innovators. We have a new appreciation for the social change in these communities.

IDE-I brought us to villages that have been transformed through access to markets and increased income. We were privileged to be with Amitabha as he sat among village leaders and asked questions about income security. Village leaders explained that before IDEI they labored all day, men women and children, in order to grow barely enough food for their own subsistence. We saw the ancient “counterweight system” of irrigation, where men would agonizingly draw small buckets of water from wells in order to irrigate crops. Today, these same villages enjoy simple irrigation from treadle pumps with only a few hours a day of low energy work needed to irrigate fields that produce much greater amounts of better quality food. A treadle pump looks and operates a lot like a stairclimber exercise machine. We met families that now produce 3 crops per year instead of 1, and have tripled the area under cultivation. In 2012, IDE-I will hit its 1,000,000th treadle pump! Imagine the impact their work has had on food and economic security for small farm families, and the benefits that well-being brings—like income to send children to school.
But our visit also helped us see the active network that IDE-I enables. Take, for example, one of those treadle pumps. It is locally manufactured, creating a network of additional jobs and income. We met employees working in a pump welding shop, and then we followed the supply chain to a local store farm product and supply store where these pumps are sold. While IDE-I’s work targets increased incomes for rural farmers, its impact reaches beyond individual families to the entire community.

We also visited villages transformed by Gram Vikas. Joe Madiath insists that too many development projects provide “poor solutions for poor people” instead of using human dignity as a touchstone for development work. We saw this philosophy captured best by a toilet room with “House of Dignity” painted on it. While the standard for water and sanitation provision is to provide a communal water tap for the entire village, Gram Vikas insists on jumping straight to the water standard demanded by the middle class. In Gram Vikas villages each household has three taps providing clean water—one for their own toilet, one for their own washroom (shower) and another for their kitchen. And these are communities where just a few years ago women were walking 7 hours to fetch contaminated water. Painted on the side of each village water tank is a larger than life full budget spreadsheet of each project, complete with the monetary value of the labor hours put in by the community—total project transparency that values community input.

Weaving among buses and rickshaws as our caravan dodged cows, villagers and oncoming traffic in our narrow lane, we shared wonderful conversations about what we had seen and these leaders’ vision for the future. In one village, Joe introduced us to the source of a community-built induced-gravity stream that was emblematic of the link between natural and community resources. IDE-I and Gram Vikas’ models activate nodes and helps unlock resources existing within the community. That is sustainable development.