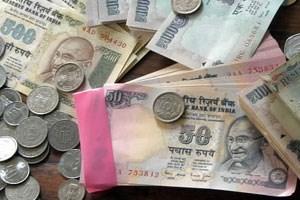 The Omidyar Network, established by Ebay Founder Pierre Omidyar, has recently invested in two more companies in India. The first investment is in a learning solutions company; the second is a three year $950,000 grant to another education provider, the Askshara Foundation. In 2010, the Omidyar Network planned to invest up to $200 million in for-profit and non-profit companies in India by 2015. It has so far invested $85 million across 24 companies in India, of which a total of five focus on education. Omidyar Network provides philanthropic capital to help launch ventures while it invests commercial capital to help them scale. The organization focuses on initiatives that are innovative, scalable, and cost-effective, and hopes to further enhance employment opportunities through funding for rural business outsourcing, agriculture, and vocational training.

These investments are consistent with Omidyar Network’s philosophy of supporting both for-profit companies and non-profit organizations.

Omidyar Network started funding projects in India about two years ago with plans to invest up to $200 million in five years. It has so far deployed $85 million across a portfolio of 24 companies in India, 70% of which are for-profit investments and the rest grants to non-profit organizations.

Akshara has developed a technology platform, Karnataka Learning Partnership, as a tool for non-profit bodies, corporations, academic institutions and citizens to get involved in improving government schools in Karnataka.

“Commercial capital is the locomotive that can take a train forward. All investors need to have a shared vision of ecosystem development,” said Sinha.

Investments targeting the bottom of the pyramid will increase once investors make profit on such deals, said Vineet Rai, chief executive, Aavishkaar India, an early-stage venture capital firm focused on rural India. “It will become mainstream in a short span of time. We had nine exits, with at least five of them offering returns of five times to 15 times on the capital invested,” said Rai.