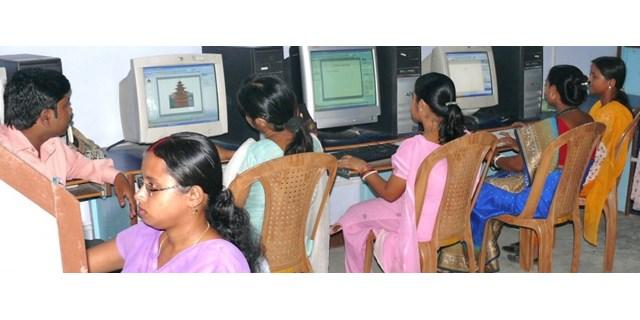 The Omidyar Network recently announced a four-year grant of up to $650,000 for the Anudip Foundation, which provides skills training and entrepreneur development to low-income people in rural and urban India. The Anudip Foundation aims to empower low-income youth by promoting livelihoods opportunities through IT-based job skills training and job placement services. The Omidyar grant will enable the foundation to scale its innovative ICT model beyond the 8,000 students it has trained since its inception in 2007.

Omidyar Network, a philanthropic investment firm established by E-bay founder Pierre Omidyar and his wife Pam, today anounced a grant of up to $650,000 to the Anudip Foundation, which is dedicated to creating livelihood opportunities for impoverished people in rural areas and urban slums of India.

Anudip will use the four-year grant to scale its skills-training and entrepreneur-development operations in eastern India, a press release from Omidyar Network said.

Shreya Deb of Omidyar Network will take an observer seat on the nonprofit’s board of directors, it said.

According to it, Anudip Foundation seeks to provide a pathway to new-economy livelihoods for impoverished youth in rural and semi-urban areas of India.  Its integrated model is both innovative and successful.  By providing educated, yet underprepared, youth with both IT-based job skills training and job placement services, Anudip has recently achieved an 80% job placement ratio.  More than 8,000 students have been trained over the organization’s five-year history, it said.

“Anudip Foundation plays a vital role in bridging the gap between traditional schooling and achieving a sustainable livelihood for many of the country’s youth,” Deb said. Omidyar Network is proud to help motivated individuals reach their potential by supporting Anudip in scaling and fulfilling its mission,” she added.

The release said NASSCOM Foundation recently honoured Anudip with its Social Innovation Honour on February 14 in Mumbai.  Anudip’s model and resulting impact were recognized for ICT-led social innovation in the not-for-profit category.

In addition to its job skills training and placement services, Anudip offers its DREAM entrepreneurship program that mentors students interested in starting their own business and assists them with initial start-up financing.

“We are deeply honored by the faith placed in us by Omidyar Network through the grant,” said Dipak Basu, chairman of Anudip. “We are confident in our ability to scale up our operations.”