NREGS And The Fast Disappearing Artisan 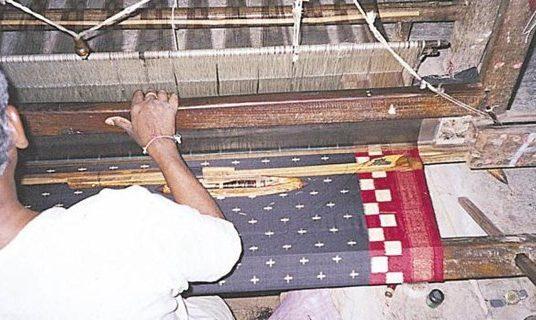 The Hindu Business Line discusses some of the problems with National Rural Employment Guarantee Scheme (NREGS) in India, which was created in order to guarantee a certain number of days of work for the rural poor. While it does provide jobs and wages to unskilled workers, it has not helped promote traditional skills since a number of skilled workers such as artisans are increasingly depending on NREGS for employment. The NREGS has also led to shortages of farm labour and employees in small and medium sized enterprises since many are drawn to NREGS.

A thinking government, regional or central, would ensure sustainable wages for skilled artisans and help them market the handcrafted products, instead of letting them join the NREGS queue.
The design and execution of the much-touted National Rural Employment Guarantee Scheme (NREGS) are likely to leave a lasting impact on some areas of our economy. Surely, the prototype version did not foresee that it would act as a catalyst for changes that otherwise required a strong political will, viz., mechanisation of agriculture.
Traditional skills, which for centuries, even in adverse circumstances, provided livelihood for millions of families, are being undervalued. For want of marketing skills resulting in poor sales, they may have bred underemployment, but unemployment and insecurity, they did not.
However, in the recent past, growing input costs and failure to realise sustainable price for their produce resulted in suicides among people with skills inherited over generations.

AP WEAVERS’ DEMAND
The NREGS is acting as a catalyst in an already calamitous situation among handloom workers in parts of Andhra Pradesh and Maharashtra. A recent delegation of weavers from Andhra Pradesh demanded from the Prime Minister a NREGS exclusively for handloom weavers.
Joining the queue for NREGS is the small number of Ona Villu makers in south Tamil Nadu. Essentially from the community of carpenters or the viswakarma, these are families which have for generations undertaken the service of preparing the bow of Sri Rama for the ancient Tiruvattaru temple.
Requiring three months of total dedication and commitment, they live a life of penance during the period – selecting the wood, crafting and readying the bow.
A theme drawn from the Ramayana is then drawn and painted on them with selected natural dyes. They are then offered on the sacred Onam day with due accompanying ceremony.
The faceless bureaucracy managing temples, quoting archaic rules fix ridiculously paltry wages for these artisans.
The two sons of a now deceased artisan, who made the villu in Tiruvattaru for more than four decades, have migrated to different villages, one joining the “employment guarantee” queue. The villu, however, are much sought after, less as prasadam and more as unique art pieces to adorn upmarket homes in the metros.
A thinking government, regional or central, would ensure sustainable wages for the 90-day penance, and for the rest of the year promote the artisan by linking up with craft bazaars held all over the country.
Handloom weavers producing yardage of sarees, dhotis or upholstery too prefer to dig canals and fill earth in them again! Ironically, the patolas and paitanis are possessions of pride for most women who can afford them! Men also do make a fashion statement with their “Fabindia” kurtas.
Historically self sustaining communities with skills are now finding joining the unskilled list of dole seekers more assuring! Skills mastered over generations and self respect as job creators are virtues that no longer sustain livelihoods!
Does it matter that the scheme is applicable only to unskilled workers? The economic condition of the unskilled is seen to be cushioned with money from the NREGS, grains from PDS, funds for housing and health insurance too. Justifiable and no questions asked.

LITTLE INCENTIVE
But the weaver, the carpenter, the goldsmith, the kalamkar, the Bidri blacksmith no longer have any incentive to carry on. The system has excluded them. The schemes which were tailor-made for them were poorly funded and suffered due to half-hearted implementation. Among this class of self employed, whose core competency is in creating hand crafted, eco-friendly products, a perception has set in that governments do not value them though the markets may. And their skills are no good to reach the market that exists. Prof Shankar Acharya, responding to a question on distortions in the labour market commented, “…the other thing that worries me about NREGA is that you are creating dependency in the labour force. It is putting across that the government is there to provide me employment and it is not sustainable. (moneycontrol.com, India, 07/02/2011)
The other collateral damage this scheme is alleged to have caused in the rural areas is the changes in farm practices. During planting of paddy from nurseries on to the field and during harvest, farm hands are unavailable.

IMPACT ON FARMING
Even the small farmer today has to join in the village “mechanised harvester” pool. The just ended harvest season saw convoys of harvesters reaching out to far flung villages in Karimnagar, Nizamabad and Warangal as substitutes for farm hands. They were not displacing them!
The agriculturally rich coastal Andhra farmers feel that they are losing out on the cost advantage due to the non-availability of workers. Unemployment even among the unskilled was never an issue in many districts where work, albeit seasonally changing in nature, was available.
Small and medium enterprises are also hard pressed for semi skilled and unskilled workers. Units in cities such as Hyderabad, Vishakapatnam and Tanuku are convinced that workers are no longer moving out of their villages.
In villages, there are no more farm hands, nor are count-worthy assets being created with the NREGS workers’ participation. So where are our abundant unskilled/semiskilled workers?
Sushma Nath, a senior bureaucrat in the Finance Ministry was reported (Wall Street Journal Digital Network, 1 March 2011) to have said that the programme was intended to offer last-ditch employment to poorest citizens, not attract workers away from higher-paying manufacturing jobs. At a time, when global competitiveness is challenging the Indian industry, these developments need to be carefully studied, with a sense of urgency.