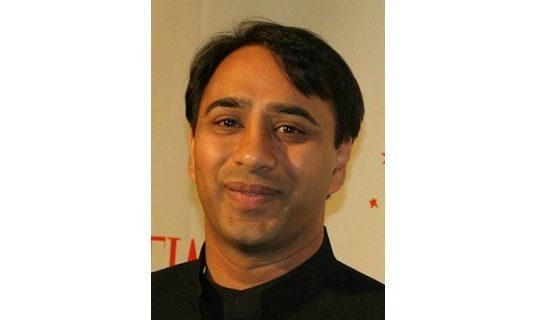 NextBillion blog describes a speech given by Vikram Akula, founder of SKS Microfinance in India, on his failures while running SKS, which had originally been set up as a non-profit organization, converted to a for-profit model, and then taken public in 2010. Akula spoke at Harvard University’s 2012 Social Enterprise Conference and passed on three key learnings to social entrepreneurs: 1) Do not allow for mission drift, 2) Define and apply codes of conduct within and across the organization, and 3) Ensure that control stays, in large part with the founders. It appears that the speech was received well and continued a discussion thread that had run throughout the conference: having an honest discussion about and understanding failures and how to overcome them. Though SKS is an Indian based MFI, lessons could be applied to other microfinance organizations around the world.

Conferences usually are not the venue for admitting failure. But on the first day of the Harvard University’s 2012 Social Enterprise Conference, Vikram Akula, the founder of SKS Microfinance who left the organization in November 2011, made just such an admission.

In a speech delivered at the day’s closing reception, Akula described his experience first establishing the organization as a non-profit, converting to a for-profit model, and taking the company public in 2010. He recalled how Muhammad Yunus of the Grameen Bank criticized him and the SKS model, and observed: “Today, I can look back at what we did and say, ‘Professor Yunus was right.’”

SKS has faced press reports of coercive loan recovery practices and charges of providing loans to people who had no hope of repaying them. The company was also criticized for going public, and for the large financial rewards reaped by the company’s leaders at the time. In retrospect, Akula said, SKS should have remained focused on serving the poor and on its core social mission. He offered three broad pieces of advice for social enterprises:

Akula’s presentation echoed a theme that surfaced throughout the conference: candid discussion of failure as a learning experience, and resilience in the aftermath of failure. This openness to failure is a good thing. Honest reflection about what works in our field, and what doesn’t, is critical for building effective social enterprises.

But when we talk about failure, we’re usually hearing about it from people who are regarded as successful social entrepreneurs. There’s room for more people to join in this discussion.

Earlier in the day, I attended a session on microinsurance, moderated by Professor Jay Rosengard of Harvard’s Kennedy School of Government. Panelist Robert Schiff of McKinsey & Co. mentioned that the demand for microinsurance in the developing world is huge: as many as 1.5–4 billion people want microinsurance, but only 150-200 million people hold policies.

Despite this demand, and an acute need for microinsurance products that can help the poor mitigate serious risks to their health, property, and livelihoods, it’s been difficult to build successful models for microinsurance. There are success stories to be sure – and the panel session discussed some of them – but insurers face many of the same challenges when working in very different developing world contexts. Challenges include:

– Identifying the real needs of consumers: what kind of products do the poor want? What are they willing to pay for? How can providers help consumers see the value in purchasing insurance before they face a catastrophic event and need to draw on a policy?
– Building stand-alone distribution models is too expensive. As with microfinance, scale and volume are key to achieving financial viability in microinsurance. It’s more effective to sell microinsurance by tapping into existing distribution networks – for example, mobile communications networks, or microfinance institutions – than it is to create new channels.
– Regulation and good policymaking can help expand access to microinsurance. There are huge roles for government, the private sector, and NGOs to play in working together to provide microinsurance. Subsidies have been and will likely continue to be important for driving adoption as the industry matures.

Professor Rosengard remarked, “There are no poor people, but people are poor.” Poverty is a condition people fall in and out of, and a lot of the value of insurance is for people who are right at the poverty line, however that is defined. Brandon Matthews of Zurich Financial Services echoed this, observing that it’s crucial to develop microinsurance strategies that will help to secure the global middle class so that they’re not forced into the lowest income brackets, where people face the most risk and are the hardest to insure.

The Missing Middle: Secondary Education in the Developing World

In 2011, Acumen Fund, where I work, raised funds to support a new investment portfolio in the education sector. With that work in mind, I attended a late-afternoon session called The Missing Middle in Education: How to Make Secondary Schools Winning Propositions for Adolescent Girls in the Developing World. Moderated by Harvard Kennedy School Professor Lant Pritchett, the session addressed how to provide better secondary education in the developing world, especially for girls.

Panelists Mary Gordon of Roots of Empathy, Shirley Burchfield of World Education, Inc., Jay Kloppenberg of African Schools for Excellence, and Kennedy Odede of Shining Hope for Communities, who grew up in Nairobi’s Kibera slum, shared their thoughts on innovation in education and what it will take to expand access to secondary education for more students around the world.

Gordon said “empathy is the connective tissue of humanity.” In part, solving the crisis in education will mean choosing to care more about education in the developing world, and investing more to expand educational opportunity in developing countries.

But resources alone won’t solve the problem of low quality education and limited access. New pedagogies, technologies, and forms of community engagement are key. As Kloppenberg remarked, there’s a role for technology to play in helping to make education more effective. Online learning, peer learning models, and rapid feedback that helps teachers improve their work in the classroom can all help improve the effectiveness of education.

Odede noted, building community support for education is also critical to schools’ success. His organization, Shining Hope for Communities, focuses on bundling a variety of services with girls’ schools, providing services like health clinics that are available to all community members. In this way, Shining Hope tries to gradually shift men’s thinking so that they see how the schools – and girls’ education – adds value to the community.

Audience members posed a range of tough questions: what’s the role of culture in creating effective educational models? Is there a tension between teaching material that’s relevant in local contexts, versus at a global level? Is it better to create one or two schools of excellence, or to create scaled models for education that can reach large numbers of students? And what about serving the top students, versus trying to lift all students up to a higher level of achievement? The answers weren’t conclusive, but the discussion was rich as panelists offered their thoughts on the subject.