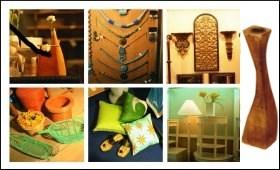 High growth in the export of Indian handicrafts could benefit artisans across the country. Though products have traditionally been exported to the US and Europe, major new and non-traditional markets include Japan, Australia, Brazil, Mexico, among others. The Chairman of the Export Promotion Council of Handicrafts in India expects to see continued growth as a greater number of handicrafts are being showcased at trade fairs and exhibits around the world.

Namrata Kath Hazarika | 06 May, 2011
India’s handicraft exports grew by 26 percent to $2.3 billion in 2010-11 due to rising demand from the non-traditional markets, said the Export Promotion Council of Handicrafts (EPCH), Chairman, Raj Kumar Malhotra to SME Times.The government has identified non-traditional export markets under the Focus Market Scheme (FPS) and Market Linked Focus Product Scheme (MLFPS) in the Foreign Trade Policy earlier to boost export growth in the country at the time when India’s export was showing negative growth in the past two years.”We are witnessing growth of 20 percent and we will also grow by 25 percent this fiscal (2011-12). There is a potential demand flowing from untapped markets,” he added.

“The MLFPS AND FPS schemes are very beneficial for the handicraft sector as we are participating in the trade fairs and are advertising a lot in those markets,” Malhotra pointed out.

In 2009-10, the exports stood at $1.8 billion, according to the Export Promotion Council for Handicrafts (EPCH) data.

The US and European markets will take more time to recover from the impact of global recession and demand crisis, he said.