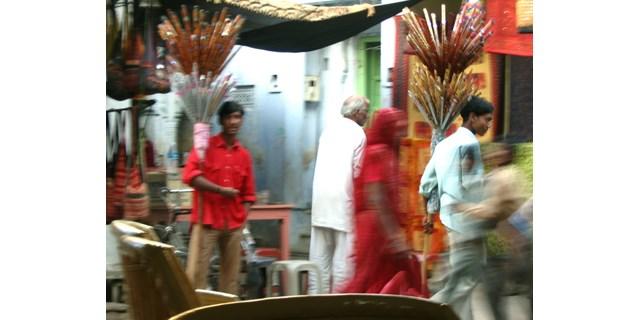 A New York Times article recently highlighted growing problems with inadequate housing and infrastructure in Indian cities. The influx of villagers moving to urban areas for work is putting an additional strain on cities that already have a shortage of safe and affordable housing developments with proper connections to sewers, water pipes, and power lines. This situation has led poor city dwellers to rent illegal, cheap, and dangerous housing from landlords that have constructed the properties without adhering to building codes. Normal 0 false false false EN-US X-NONE X-NONE MicrosoftInternetExplorer4

NEW DELHI — Mahitosh Sarkar came here from his distant village in West Bengal 12 years ago looking for a better life, and he found it. He abandoned the penniless existence of a subsistence fisherman to become a big-city vegetable seller. His wife found work as a maid. Their four children went to school. Their tiny household, a grim but weather-tight room in a dilapidated tenement, had a color TV and a satellite dish.

But these days Mr. Sarkar is counting losses, not blessings. His 10-year-old son died along with more than 70 others when their tenement collapsed on Nov. 15. His wife is in the hospital with a broken leg. All of their possessions, including that color TV, are gone.

The crumbled remains of the illegal building in which the Sarkar family lived in a riverside neighborhood of East Delhi have become an emblem of India’s failure to come to grips with its urban explosion.

After decades of being primarily a nation of farmers, India’s countryside is emptying out, as millions leave their stagnant villages and flock to the cities. But India’s urban infrastructure has not kept pace, and that failing now threatens to undermine the nation’s ability to vault its multitudes out of poverty and share the fruits of its nearly double-digit growth more widely.

A recent report by the McKinsey Global Institute estimated that by 2030, 70 percent of India’s jobs would be created in cities, and about 590 million Indians would live in them. To provide enough housing and commercial space, it said, India must build the equivalent of the city of Chicago every year.

But it has no such plans, and the cities already here are buckling under the strain of their new arrivals. From Mumbai to Bangalore, Delhi to Chennai, roads are perpetually choked. Sewers, water lines and electricity are lacking. Perhaps most important, housing is desperately short, especially for impoverished new arrivals, leaving India with more slum dwellers than anywhere on earth.

“We require a radical rethinking about urban development,” said K. T. Ravindran, a professor of urban design who frequently works with the government on urban issues. “It is not that there are no ideas. It is that there is no implementation of those ideas.”

Like those of many Indian cities, Delhi’s building codes and zoning laws were written for a much smaller city in a different time, with policies that actively discourage growth.

The number of floors in most neighborhoods is capped at five stories, and in many areas fewer. The government largely controls land, and government approval for new development is difficult to obtain, even to house the wealthy and middle class, never mind the poor.

The dilapidated state of Indian cities is in some ways by design. For decades, Indian governments tried to discourage migration to cities by making city life unaffordable and unbearable for new arrivals.

These policies were driven at least in part by a Gandhian belief that India should be a rural nation, and more broadly by a centrally planned, socialist approach to development. But rural Indians have voted against these notions with their feet.

A recent report on urban slums published by the Policy Research Working Paper Series of the World Bank concluded that these measures “have made formal housing expensive and unattainable to a large share of the population, reinforced both chronic urban infrastructure shortages citywide and squalid, precarious living conditions in urban slums.”

Indeed, cheap rental housing outside of slums, like the tiny room Mr. Sarkar and his family shared, is almost impossible to find because it is very difficult to create such housing legally.

“If I want to build for the poor, the current building codes wouldn’t allow me to do it profitably,” said Sanjeev Sanyal, and economist and expert on urbanization. “There is a demand that is not being met, and the only way to meet it is by breaking the law.”

The building’s owner, Amrit Singh, appears to have flourished by bending the law. He had more than 25 criminal cases pending against him, according to the Delhi police.