‘More Poor People Own Mobile Phones, But Productive Use Still A Far Cry’ 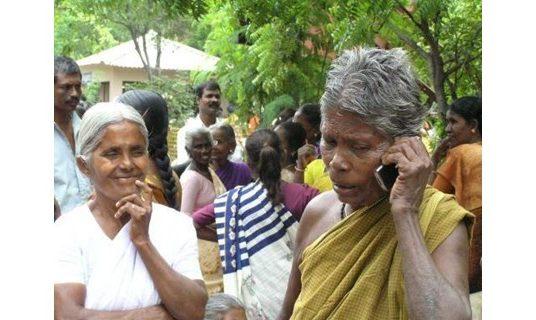 A recent Business Line article discusses how despite the rapid increase in sales of mobile phones in India, productivity has not necessarily increased. One of the challenges appears to be a lack of sufficient marketing regarding a mobile phone’s uses, beyond basic voice services. A survey conducted by ICT policy and regulation think tank, LIRNEAsia, found that only 20% of BOP women in India owned mobile phones compared to much higher percentages in Pakistan and Bangladesh. Inadequate signal quality also restricts mobile phone use among bottom of the pyramid users. Nevertheless, survey participants also indicated that the mobile phone use has enabled access to finance, connected them to job opportunities, and reduced travel time.

Hamid owns a grocery shack in a village. He travels about 80 km once in 15 days to get stuff to stock up his store. Every year his village gets flooded during the rains, leaving him with no earnings during that time.

But, one, small device has changed his life. After he got a mobile phone, Hamid does not need to travel 80 km and lug stuff for his store. He simply calls, places the order and gets stuff delivered. It costs him a bit for the cartage, but the amount of time and effort he saves has helped his business and family life. He says his earnings have gone up after he got the phone. The villagers, too, are happy as they can now place specific orders.

Hamid belongs to bottom of the pyramid (BoP) or the poor who earn less than $2 a day.

According to a 2011 study, “Teleuse@BOP4” by LIRNEasia, an ICT policy and regulation think tank active in the Asia Pacific region, while there has been a marked rise in mobile phone use by BoP persons in rural and urban India, Bangladesh, Pakistan, Sri Lanka, Indonesia and Thailand, unfortunately, the device’s use is primarily restricted to making or receiving calls or SMSs. In some cases, it is also used as a substitute for radio or as a torch.

“It is more than a voice device, and mobile phone companies need to market those uses more vigorously. People should be made aware that they can use it productively as a business tool,” says former Sri Lankan telecom regulator, Mr Rohan Samarajiva, CEO, LITNEasia, at the release of the study in Bangkok recently.

For example, a Thai woman who runs a laundry at home had to go door to door to collect clothes and deliver. After getting a mobile phone, she keeps in touch with her clients, and as business grew, she has arranged for delivery boys.

“The survey in these six countries found that except in Java (Indonesia) BoP mobile ownership was higher in urban areas. But, in India, it was the lowest in both rural and urban areas, at 37 per cent, compared with 65 per cent in Pakistan, 49 per cent in Bangladesh, 71 per cent in Sri Lanka and 89 per cent in Thailand,” says Mr Samarajiva.

Overall, the survey found that most BoP people preferred to own a mobile phone over television or radio, but were not aware of its other uses. And except for Thailand, more men than women owned mobile phones. In India, only 20 per cent BoP women own mobiles compared with 50 per cent in Pakistan, close to 70 per cent in Sri Lanka and 30 per cent in Bangladesh.

Another big hindrance to restricted use of mobile phones among the BoP was signal quality. The survey found that while Sri Lanka fared the best in this regard, over 70 per cent users in India and Pakistan complained of high call drop rates, unclear connection or weak signal.

But, users in India and Pakistan admitted that mobile phones helped them in getting access to finance, connect with job-related work and reduced travel time.

With regard to payment mode, top-up cards were found to be most popular in India and Sri Lanka, followed by recharge from local shops or agents. And apart from Sri Lanka and Thailand, most BoP users still prefer pre-paid connections.