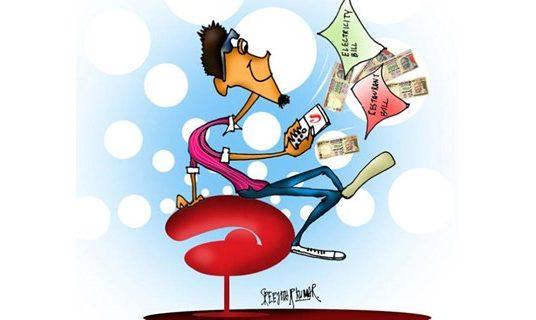 With the Government of India and the Reserve Bank of India’s recent directives to banks to ensure coverage to all of India’s villages with less than 2,000 people over the next three years, there may be increasing importance attached to mobile platforms as a way to extend banking services. Though India has only 240 million bank accounts, it also has over 900 million mobile subscribers – a testament to the extensive mobile networks across the country. The article suggests that mobile financial services can scale if they focus on more comprehensive and robust infrastructure development that can support the range of services needed for remote, unbanked populations, and understanding their customers segments in order to design and implement customized local solutions.

Dinesh, a small trader in Pune, can now pay for electricity bills, top-up his mobile phone and send money to large wholesalers in Maharashtra, without visiting a bank. Preeti, a domestic worker in Delhi, sends money back home to her family in Bihar. Payments through mobile are now a reality in India. Dreams are coming true for those who do not have a bank account, but use a mobile phone.

With only 240 million bank accounts and 20 million credit cards (according to BCG report), India has over 900 million mobile subscribers. This clearly shows the gap for mobile banking, which can be addressed. With over 45 per cent of Indian population having no access to banking facilities, mobile money offers a grand panacea to spur financial inclusion.

The Government and the RBI have been emphasising on financial inclusion and enabling basic banking and financial services to reach the vast majority of the population. Conventional banking, in the form of retail outlet branches and ATMs, is still too expensive to be cost-efficient in many areas. Hence under the three-year financial inclusion drive, banks were tasked to cover all villages with population more than 2,000 by March and are working towards reaching out to all villages in a time-bound manner.

I believe that the mobile phone will do to the Indian banking system, what prepaid mobile connections did to the telecom industry – through the Mobile financial services, wherein the unbanked customer would be able to store virtual money on mobile phones (M-wallet) and pay at designated merchant outlets or remit money to their family members. Not only will it bridge the commerce gap in the country, but will be the technology that expands banks’ reach in rural areas and facilitates that first access to formal financial services for a large group of people in India.

With the mobile phone being the most ubiquitous device, the regulator, along with various stakeholders has been working to leverage this medium along with the business correspondent network to bring in an electronic payment revolution in the country. For example, the RBI recently removed the Rs 50,000 a customer a day transaction limit on mobile banking.

Mobile financial services will gain traction, if they focus on the following two broad areas:

Know the customer (market segmentation): Designing products to suit the needs of customer segments is of utmost importance to ensure adoption of mCommerce.

For example, the rural population may need an easy remittance service via mobile technology aids by merely taping of a few buttons. World Bank report indicates that a large number of Indian households (around 4.5 per cent) receive remittances, constituting around 3 – 4 per cent of India’s GDP. This figure would only increase with the introduction of remittance services on the ubiquitous channel of mobile telephony, reducing the costs of sending money to distant relatives.

The inclusive potential of mobile as a medium for banking and payments would be unleashed only when stakeholders tie up with each other and facilitate the widespread adoption of Interbank Mobile Payment Service. Typically termed an open loop solution, the National Payments Corporation of India too, with various stakeholders, has brought in interoperability guidelines allowing customers to transact irrespective of the entity they’re a part of. Similarly, the open loop mobile money services offered by MasterCard and enabled by Comviva will allow customers to transact with merchandisers under the MasterCard network, irrespective of the bank or mobile service they use.

It will be fair to say that mobile banking has only just started to pick up for a country like India with its complexities, scale and size. Other developing nations such as Tanzania, Kenya, Bangladesh and Cambodia have also set themselves firmly on the path to financial inclusion through the mobile. Just like India jumped rapidly from no phones to mobile phones, it is quite likely that we will jump from no access to banking services, straight into mobile commerce. But to do this, stakeholders must remain focused on the needs of customers. In a country where people are fairly comfortable dealing in cash, the telecom industry is definitely favoured to give the right impetus to financial inclusion.

(The author is CEO, Comviva)