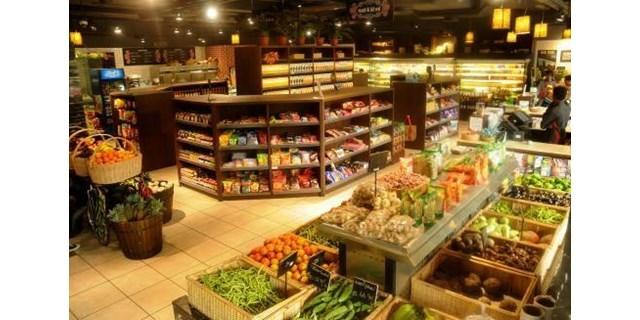 In an article in the Hindu Business Line, Shashanka Bhide from the National Council of Applied Economic Research in India, discusses how inadequate infrastructure remains a “missing link” in India’s food distribution. Bhide examines how the organized food retail industry has not yet fully developed in the country due to a focus on business between producers and wholesalers. He continues that both logistics infrastructure and information flows would have to be improved in order to benefit producers. Food markets have overlooked consumer needs. Organised retail can plug this gap and offer fair prices in the face of rising input costs. But to ensure that this segment buys from producers rather than wholesalers, infrastructure must improve.

One of the problems with food distribution in India is the neglect of retail, with the focus by and large being on the link between the producer and wholesaler.

Cooperatives were born to fix the obvious missing links, often with a view to assisting scattered, atomistic producers reach the consumer.

Marketing cooperatives set up collection centres, aggregated the produce and then sold to other wholesalers. Only in a few cases as in milk did they attempt retailing in any significant manner.

Milk retailing probably worked because it was made convenient for the consumer, with assurances of quality and quantity. And, of course, milk was available almost everyday.

It probably also worked because the consumer was always an important consideration, unlike in the other ventures where the necessary links did not go beyond the producer and the wholesaler. The retail end, it was probably felt, would be taken care of by the existing markets.

Where opportunities presented themselves, the cooperatives were also canalising exports. In the case of honey, because of the relatively small volumes, the results are less visible, although no one talks about its shortage in the market.

The general impression is that commercial success of the marketing cooperatives is an exception and requires government’s financial or institutional support. In the case of milk, where cooperatives once sought to replace private players, there is growing competition. The consumer market has expanded quickly, accommodating more players.

The proposed reforms in the markets for agricultural produce again seek to start at the retail level. The consumers provide the commercial basis for building the crucial link.

High food inflation has drawn attention to the missing forces that reduce price differentials across regions and cities, and over time.

The consumer is willing to pay, and is paying, the high price of food. And yet the government is again raising prices for farmers to make up for rising input costs. Would competition at the retail level lead to greater economies in the distribution and fair price to the consumer?

Contract farming is already in operation in several States and many products. Contract farming provides a link from the producer to the retailer, or at least to the processor. Organised retail in many cities should provide a greater opportunity for ensuring quality and, therefore, generate quality-linked pricing. The expected economies of scale may, in turn, help provide better retail facilities to benefit the consumer.

Organised retail may not have led to contract farming or direct purchases from the producers to a significant degree. It may yet happen if only the infrastructure is efficient.

Reforms to APMCs alone may not lead to direct purchases. Poor logistics and infrastructure would raise the cost of procurement so much that organised retail may just source the supplies from the existing wholesale markets. In the case of milk, there was little option but to build much of the supply-side infrastructure from the producer to the consumer.

Of course, the stocking limits for retailers or other traders may also make direct procurement less attractive. For retail competition to benefit farmers there is a need for greater competition at the aggregation level as well. This competition would have to come from smart agriculture and smart trade.

The information flows would have to work not through the traditional social networks, but through accessible systems of supplies and prices. E-Choupals would have to reach most villages and make trade information easily available. There will be new entrants into trading, if information is more easily available. For the retail sector to be more efficient, it is necessary to have better trading infrastructure. A lot of this requirement is in the nature of public goods requiring public investment, even as some of the bottlenecks may be restricted to a segment of the trade, affecting certain firms.

There is also the need to reduce non-price restrictions on trade, for competition to bring down price differentials across space.

Competition may dictate the optimal size of business at the retail level. It may also determine the quality of services that may be available to the producers and the consumers.

Policy attention has to focus much more on ensuring certain minimum standards of quality in services and products, once competition is given the responsibility to infuse efficiency in distribution. The new paradigm may yet find marketing cooperatives to be an important component of the system, if they are run efficiently.

(The author is with NCAER. The views are personal. blfeedback@thehindu.co.in)
http://www.thehindubusinessline.com/opinion/columns/shashanka-bhide/article1709862.ece?homepage=true