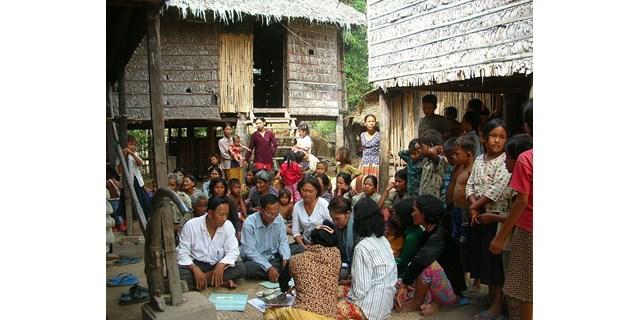 Indian company Vortex Engineering has joined the UN-backed Business Call to Action (BCtA), a global initiative that supports the development of inclusive business models focusing on low-income consumers, producers, suppliers, and distributors. In becoming part of BCtA, Vortex Engineering intends to promote financial inclusion through the installation of 10,000 solar-powered ATMs in rural and semi-urban India.

Two companies from India and South Africa announced today their commitment to provide banking services to 30 million low-income people living in rural areas by 2015, as part of their support for a United Nations-backed initiative to fight poverty.

The India-based company Vortex Engineering and South Africa’s Wizzit Bank will join the Business Call to Action (BCta) global initiative, which encourages private sector efforts to develop inclusive business models that can have both commercial success and a positive impact in development.

One of the main objectives of the initiative, which is supported by the UN Development Programme (UNDP), is to accelerate the Millennium Development Goals (MDGs), which include eradicating extreme poverty and hunger, the achievement of universal primary education, promoting gender equality, combating HIV/AIDS, tuberculosis and malaria and improving women and children’s health, all by 2015.

Vortex Engineering will contribute by disseminating solar-powered cash machines tailored to rural communities’ needs, while Wizzit Bank will expand its access to credit for poor rural communities, the UNDP said in a news release.

“Lack of access to banking and credit impedes the economic empowerment of low-income individuals and hinders growth in the developing world,” said BCtA’s Programme Manager, Susan Chaffin. “We welcome Vortex and Wizzit as they seek to scale up activities that not only represent a business opportunity but also have tremendous potential to positively impact low-income communities in India and South Africa.”

Vortex will address this gap by providing 10,000 solar-powered ATMs designed to withstand difficult weather conditions, erratic power supply, and lower literacy levels among cash dispenser users. The machines are expected to provide access to formal banking for 30 million people mostly in rural and semi-urban areas – many earning as little as $1 a day – over the next four years.

In South Africa, Wizzit Bank has committed to provide personal loans to 10,000 people. Since 2004, Wizzit’s customers have been using mobile phones for making and receiving payments, along with a debit card which can also be used at ATMs and stores. The company is now expanding its range of services to allow users, who usually live far from bank branches, to access microloans and credit through their phones.