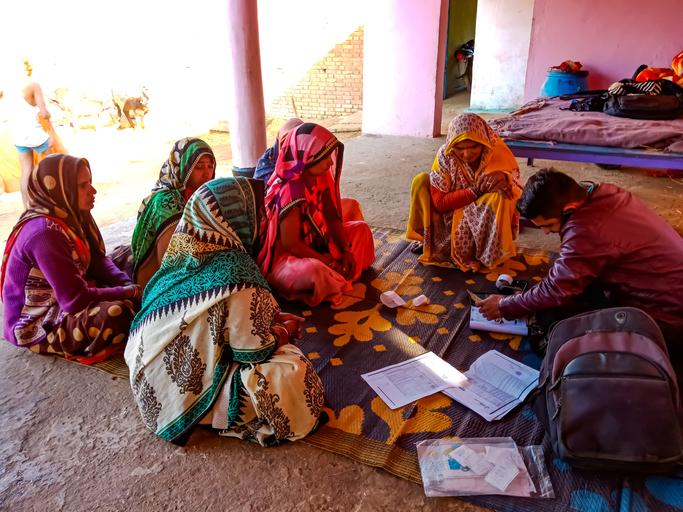 There has been a positive reaction to the Government of India’s proposed new legislation for the microfinance industry. If passed, the law would place the Reserve Bank of India in charge of regulating the sector. The announcement of this proposed law, which would override any state laws, sent shares in SKS up by 20%. Through this law, the Reserve Bank of India, would be able to regulate margins (via a cap), repayment schedules, and maximum interest rates.

Shares of India’s only listed lender to the poor, SKS, soared on Thursday after the government proposed new legislation to tighten regulation of the embattled microfinance industry.

The draft law would put the central Reserve Bank of India (RBI) in charge of regulating and promoting growth of the sector, which was devastated by a state legislative backlash over alleged abusive lending practices.

The proposal, which would override existing state laws, sent shares in SKS, India’s biggest lender to the poor, surging 20 percent on the Bombay Stock Exchange.

Analysts termed the proposal “positive” as it would reduce state government intervention.

“We welcome the move (the draft law). It removes ambiguities,” said a spokesman for SKS from the company’s headquarters in the southern city of Hyderabad.

Hyderabad is the capital of Andhra Pradesh state, which is considered the hub of the industry that gives loans as low as $20 to small businesses and farmers.  India’s microfinanciers came under fire last year over accusations that exorbitant interest rates and aggressive debt collectors had caused dozens of suicides.  The Andhra Pradesh legislature passed a stringent law aimed at cracking down on microfinance lenders who exploit poor borrowers.  The law dried up debt collections and commercial funding for microlenders, sending the industry into crisis.

SKS’s executive chairman Vikram Akula blamed the backlash on “an external political attack on microfinance that culminated in draconian provisions of a microfinance law passed in Andhra Pradesh”.

The company initially listed at 1,159 rupees a share last August in a widely sought-after public share offering, but the turmoil embroiling the sector sent the lender’s shares tumbling.

But the sector may have to write off most of its loan portfolio from Andhra Pradesh, which could erode a significant portion of the net worth of most of India’s microfinance firms, including SKS, he added.

SKS is among only a handful of microfinance firms to be listed in the world and has seven million borrowers in 19 Indian states. About 20 percent of its business is in Andhra Pradesh.

“It shall be the duty of the RBI to promote and ensure orderly growth of the microfinance sector, for the purpose of promoting financial inclusion,” the draft regulation said.

The proposed legislation also calls for the creation of state advisory boards to implement rules at ground-level, details of the draft law posted on a government web site late Wednesday showed.

RBI would also be allowed to set margin caps, repayment schedules and maximum interest rates that microlenders can charge.