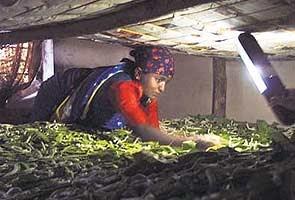 India-based Solar Electric Light Company (SELCO) recently won an award from the Ramon Magsaysay Awards Foundation for its work in developing solar power technologies for rural India. The company, founded in 1995, is run by Harish Hande, who has steered its growth towards its current reach of 115,000 rural homes. Hande has developed the business after observing the different needs of urban and rural markets such as different financial structures for customers to buy the company’s products. More specifically, Hande explains that innovative financial structures have been critical in reducing the cost of down payments, which enables farmers to more easily purchase the technology and pay back the cost over time. The company’s recent reward money will be directed towards grooming 10-20 entrepreneurs and promote policy changes in the social sector.

Mumbai:  For A Ramon Magsaysay awardee, Harish Hande is surprisingly easy to reach. Scarred by my previous experiences with tight-fisted companies’ fortress-like PR mechanisms that make it as difficult as possible for the media to reach their clients, I dialled the number on the website of the Solar Electric Light Company (SELCO) India with consternation, only to be greeted by an affable team that put me in touch with their Managing Director, no less, in a matter of minutes.

That was the first indication that Hande and SELCO, who were cited by the Ramon Magsaysay Awards Foundation (RMAF) in Manila on July 27, for ‘passionate and pragmatic efforts to put solar power technology in the hands of the poor, through a social enterprise that brings customised, affordable, and sustainable electricity to India’s vast rural populace, encouraging the poor to become asset creators’, actually walked their democratic talk.

“But there’s so much more to do,” the 44-year-old admits with surprising candour, over an international telephone call. “Our achievements that you read about on the website and in the media reflect only the five per cent success we have had. But we have also failed with 95 per cent.”

Still, the five per cent has accrued to lighting up over 1,15,000 rural homes across the country since the company’s inception in 1995, no mean feat in a country where 500 million people still live without electricity, he tells me.

A large part of that has been achieved by decentralising the process a simple but effective innovation that has killed the fallacy that solar energy is expensive and impractical.

“When you centralise a power grid, you create additional social costs because it comes with its own processes tied up in red tape, thereby delaying the arrival of power to villagers.

The beauty of decentralisation that is that you create personalised solutions based on people’s different needs, thereby cutting down on energy losses incurred during transmission and distribution,” is how the University of Massachusetts graduate explains SELCO’s approach to the dissemination of solar energy.

He goes on, “The energy needs of a pani puri walla are very different from those of a paddy field farmer one requires a certain type of light and fuel on a daily basis, while the other requires it on an annual basis.

Yet, we continue to apply standardised procedures that have worked with the 1 million haves, to the 5 million have-nots. It’s the inefficient processes that cause losses, and solar power bears the blame.”

The technology aside, SELCO’s inclusive financial model to empower the poor, instead of treating them as customers, is pathbreaking, due in part to the observations Hande made during a 1994 visit to the Dominican Republic.

“Short-sighted financial structures created by bankers and investors apply urban principles to rural models obviously they won’t work! We ask a farmer for a down payment of 20 per cent on a loan, which he obviously can’t afford.

Instead, if we create guarantee mechanisms where the down payment is a fraction of the amount, and then increase the EMI proportionately in such a way as to recover the cost the next year, it’s far more viable for them,” he says, passionately.

Although there is much more to do, Hande is prepared to take his successes as they come.

“A child’s education is a future investment, and I still believe that providing affordable lighting for children in villages to be able to study, is our greatest victory to date.” That said, his future plans include incubating other budding social entrepreneurs who have a vision, and can utilise SELCO’s 15 year-long experience in the field.

“The award money will be used to groom 10 to 20 young entrepreneurs and to push for policy changes in the social sector. Even if two succeed, we succeed.

The award is for the work that we have done, and to use it for SELCO’s profit would be selfish. We will use it to create a foundation for other people to take things forward,” he concludes.

A noble thought, that for once, carries the promise of delivery.