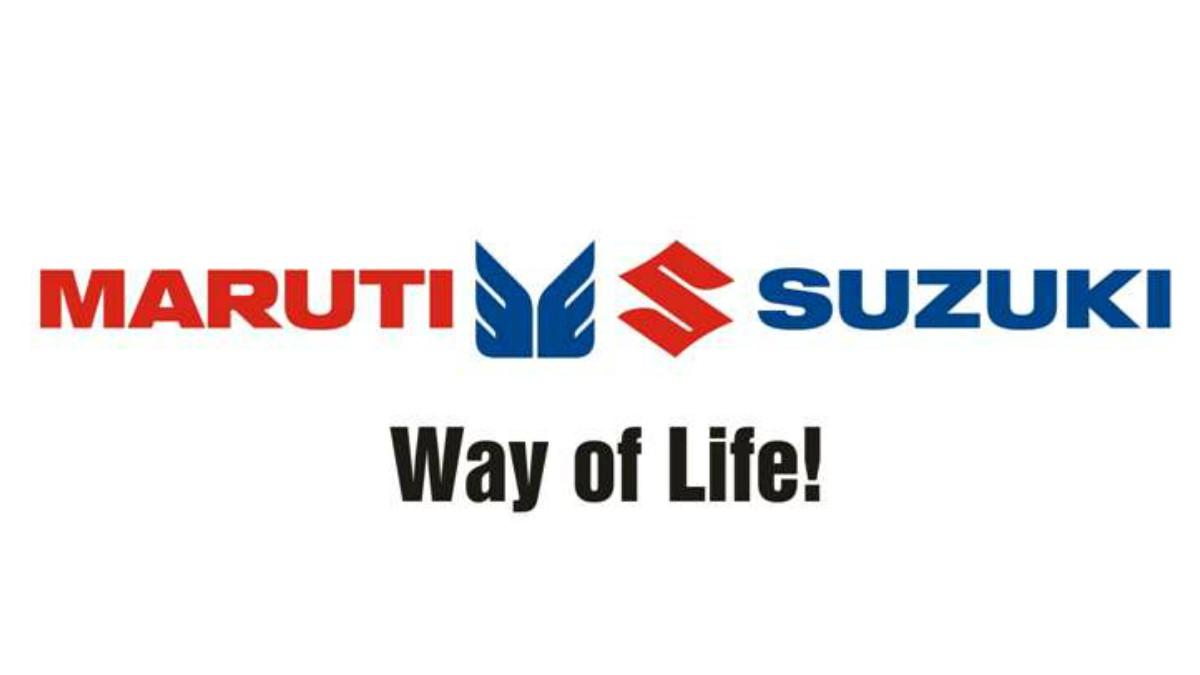 As India’s working population reaches 55% of the country’s total population over the next 10 years and poor or low-income Indians graduate to middle-class incomes, there seems to be large potential for increasing sales of low-cost cars in the Indian market. India’s largest car company, Maruti Suzuki, for instance, is launching an approximately $3,400 car in the next year and a half. Hyundai Motors is also looking to offer less expensive entry level cars. A large number of customers will likely come from rural India and it will be important for companies to be able to expand their dealership networks and service station availability in these areas.

For the first time in the past two decades — amid a flurry of new players, slew of launches and zooming sales — India’s Motown is thinking seriously about bottom-of-the-pyramid cars.

Maruti Suzuki, India’s largest car company, is launching a sub Rs 2.5 lakh car in the next 18 months. This is the first time Maruti is looking at launching an entry-level car since the debut of Maruti 800 in the 1980s.

Hyundai Motors, India’s second-largest car company, too is developing a car called H800 that will debut on Indian roads soon. This is the first time the Korean auto major is looking at setting a new floor price for its cars. Currently, Hyundai’s entry-level car is Santro available at a little over Rs 3 lakh. “The opportunity is enormous. This is the largest segment [by volume] in India’s car industry today and in times to come,” says Arvind Saxena, director, sales & marketing, Hyundai Motors India.

This optimism is partly inspired by India’s macroeconomic growth story. India’s gross domestic product (GDP) is expected to quadruple from $1.7 trillion (2010-11) to $5.6 trillion (2019-20). During this period, India’s working population will go up by 20% to comprise 55% of the total population — which will mean more income earners and fewer dependants in Indian households.

And this growth will not be so much about the rich getting richer as much as about poorer Indians graduating to the middle class, says Mayank Pareek, executive director (marketing), Maruti Suzuki. It is expected that the number of households in the income category Rs 2.8-7 lakh will grow from about 2 crore in 2010 to 5.5 crore in 2015. “The thumb rule is that a household is ready to buy a car when its annual income is equal to the cost of the car,” says Jagdish Khattar, former managing director of Maruti Suzuki and founder of Carnation Auto, an auto solutions firm. This means in the next 5-10 years, a large number of Indian households will cross the income threshold when cars will become affordable to them.

Maruti’s as well as Hyundai’s new offerings hope to piggyback on this boom. Looking into the Crystal Ball What will be the new cars be about? While Hyundai is developing it in South Korea in close coordination with its research and development (R&D) team in Hyderabad, Maruti’s car is being developed from scratch at its Indian R&D centre. Says IV Rao, MEO (R&D), Maruti Suzuki: “The new model is being conceived and developed in India. Any car in this segment must focus on fuel economy, performance and reliability.”

Both the companies are tight-lipped about revealing their car specs but here’s a good guesstimate from veterans in the auto industry. The cars will have sub 800-cc engine offering basic comfort. Both cars are likely to have petrol engine as there is no plan right now to bring in the diesel variant. Hyundai’s H800 will have the new “fluidic” architecture, the new design philosophy followed by the Korean company now.

The sticker price — expected to start at under Rs 2.5 lakh — will of course be very important. But it is the cost of ownership — fuel efficiency, cost of spare parts, servicing, etc — that will get top attention from the companies. Since a large number of potential customers will come from the hinterland and rural India, dealership network and service station availability in these areas will be a big factor. So expect both companies to push for the same. While Nano and its frugal engineering may have showcased the possibilities, the new models will pursue the conventional hatchback constructs (Nano is a rear-engined car) to build the new offerings. Both Maruti and Hyundai would push for scale, better coordination and cost cutting with the vendors to bring down the prices.

Both the cars would be manufactured in India and would largely focus on the Indian market and not exports initially.

Maruti and Hyundai — the two Indian biggies besides Tata Motors — are the predictable aspirants for this segment. They have attained a certain size and scale in terms of production, dealer and aftersales service network in the country. Both MNCs bet early on India. Maruti today provides almost half of Suzuki Motors’ profit. Hyundai Motors made India its small car hub as early as 2008 and exported close to 2.5 lakh cars in 2010.

Both are now working hard to protect their turfs as global auto biggies — from GM to Toyota to Volkswagen (VW) to Ford — gear up for an offensive in the Indian market. While the sedan segment is seeing a lot of action, the biggest impact is being felt in the fast-growing premium compact segment — Swift, i20 — where the competition has intensified. VW and Ford are doing well with their Polo and Figo models. Toyota just launched Liva and Honda is readying its Brio.

The only segment where Hyundai and Maruti could rule supreme, without much competition, is the entry-level segment simply because none of the above MNCs have either the product, network or the stamina to go for a low-margin play in India. “Managing production costs in this category is critical. You need scale. Suppliers are willing to reduce costs if you have the scale like Maruti’s,” says Ammar Master, manager, JD Power Asia Pacific, an automobile research firm. Today, 40% of Maruti’s customers are firsttime buyers and a new aggressively priced entry-level car strengthens its portfolio.

GM had earlier announced plans to get into this segment but two months back declared that it was opting out. “The ability to make money in this segment is very limited,” says Vikas Sehgal, MD and global head (automotive), Rothschild, an investment bank.

To be fair, this segment was never about demand. Demand and market both existed at the bottom-of-the-pyramid for the car industry in India. Maruti 800 — available at under Rs 2 lakh — was the best selling car for a long time having sold 2.5 million units since its launch in 1983. But amid all-round auto boom, this segment remained ignored for long. Auto majors neither had the desire nor the courage to go there. The Tata Nano was the only exception. There was a reason why. “No car manufacturer had cars in that segment It had to be developed from scratch,” says Hyundai’s Saxena.

Partly, developments within India helped. Around 2008, incentivised by the Indian government, both auto MNCs Maruti and Hyundai pushed to make India their global small car hub and set up R&D facilities. That laid the foundation for the development of low-priced entry-Ievel car in India. It typically takes 4-5 years for a new car to be developed from scratch.

Partly, it has also got to do with the shifts in the global dynamics. Global auto markets so far have been driven by the needs of the developed world — big, feature-rich cars at much higher price points. But the market has been shifting from the West to the East with China now emerging as the biggest car market in the world and by 2020, India is forecast to become the world’s thirdlargest passenger vehicle market at 11 million plus.

Over the past five decades, Japanese auto companies did bring in some significant changes, including their thrust on fuel efficiency to compete with the Americans in the auto industry. Suzuki, Daihatsu, Mitsubishi and Subaru have dominated the mini-vehicle segment. But the rise of emerging markets and customers at the bottom of the pyramid are now pushing the case for frugal engineering and low-cost fuel-efficient cars. “This segment will be increasingly interesting as global automakers chase growth in emerging economies,” says Michael Dunne, president, Dunne & Co, an investment advisory firm specialising in Asian car markets. Traditionally, the leading carmakers have scoffed at making low-margin small cars. “But now they are finding ways to reduce costs and make a little bit of money on ultra small cars with tiny engines,” says Dunne.

The age of Brazil Russia India and China (BRIC) will create its own genre of auto companies. Dunne sees Chinese firms like Changan and Wuling and Indian firms like Tata and Bajaj to be best placed to challenge the Japanese and Koreans in this game.

The low-priced low-margin car has relevance for many countries in Africa and Latin America. Scale being very important, expect most MNCs to eye this market while launching cars in this segment. However, closer home Maruti and Hyundai must worry about an unlikely competitor.

Sub Rs 2.5 lakh cars will compete directly with the used car market. Pegged at 2.5 million cars, this market is likely to grow at 20-25% for the next five years. The pool of used cars in the country keeps ticking — around 9 million cars were sold in India in the last five years — as Indians change their cars more frequently than in the past. In most mature markets, used car is almost double or treble the new car market. But in India, this ratio is 1:1 today. But this ratio is likely to change. As a result of all this, both variety and volume in the used car market is set to rise even as prices dip — making it even more attractive for the first-time car buyers.

This will get a further boost with the entry of big organised corporate players like Maruti’s True Value, Mahindra First Choice and Carnation. Unorganised so far, many potential customers have shied away from buying a used car due to lack of information. Organised players will help bring some transparency and standardisation to the industry.

But two things will give the edge to the new entry-level cars vis-a-vis the used cars. One, the availability of auto loans is better and slightly cheaper for new cars as against the old cars. Two, for many first-time car buyers, pride of owning a new car and its cost of ownership will be very important. And on all these counts, the new entry-level cars will be far more attractive.

Either way, this will be good news for the upwardly mobile Indians seeking physical mobility.