Majority Of Indian MFIs May Have To Shut Shop 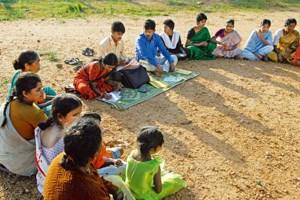 Mumbai: At least 80% of microfinance institutions (MFIs) may have to shut down in the next two-three years because of tough new regulatory requirements laid down by the Reserve Bank of India (RBI) and a shortage of funds, industry executives warn.

For MFIs categorized as non-banking financial companies (NBFCs), which are run as for-profit organizations, the threat comes from RBI regulations pertaining to minimum funds, loan provisions and capital adequacy. The reluctance of commercial banks to give loans to MFIs, and interest rate and margin caps will decide the fate of smaller firms.
India has around 60 microlenders incorporated as NBFCs and nearly 300 run as not-for-profit bodies such as non-governmental organizations (NGOs), trusts and cooperative societies.

Out of this, nearly 50 NBFC-MFIs and around 200 not-for-profit microlenders may have to wind up their operations or consolidate into large entities beginning next year because they will not be able to comply with the norms stipulated by RBI, senior industry officials said.

“In my view, only around 10 of the NBFC-MFIs can survive post-April unless a special dispensation is given by RBI,” says Mathew Titus, executive director of Sa-dhan, an association of microlenders.

In fact, the closures have already begun in Andhra Pradesh, which is the largest market for microfinance in India, accounting for more than a quarter of the Rs. 20,000 crore industry. An ordinance passed by the state government in October 2010, which later became a law, tightening regulation of microlenders threw the entire industry into a crisis.

Around 15 microlenders have already shut operations in the state, said Kishore Kumar Puli, managing director and chief executive of Hyderabad-based Trident Microfin Pvt. Ltd and the head of the Andhra Pradesh chapter of Microfinance Institutions Network (Mfin), an industry association.

“Banks have stopped lending to smaller MFIs. As a result, at least 15 firms have already closed down by this time in Andhra Pradesh as they do not have funds to operate,” Puli said.

But none of these companies have disclosed their business position yet, worried that their borrowers will stop paying back loans.

According to RBI norms, even smaller MFIs have to cap their lending rate at 26%, processing charge at 1%, and margin at 12% if they want to qualify for loans from banks as so-called priority sector lending, which typically makes up 80-90% of their funds. Meeting these requirements will be impossible for these firms as their operational cost is high, officials said.

“As far as the non-profit lenders are concerned, out of the 300 operating now, nearly half or even more will go down,” Titus of Sadhan said.

The recent RBI regulations make it mandatory for NBFC-MFIs to maintain a capital adequacy ratio (CAR)—the ratio of capital against risk weighted assets—of 12% by March. Also, MFIs have to make 100% provisioning for loans overdue for more than 180 days from 1 April.

The loan recovery rate for NBFC-MFIs in Andhra Pradesh has dropped to less than 5% because of the crisis triggered by the state law, which made it mandatory for microlenders to seek prior government approval for every second loan to the same borrower, barred them from visiting customers’ homes, and forced them to switch to monthly rather than weekly loan collections.

The law followed complaints that coercive recovery practices adopted by MFIs were responsible for suicides by some poor borrowers.

NBFC-MFIs also need to increase their minimum net owned funds to Rs. 5 crore from the current requirement of Rs. 2 crore under the new regulations proposed by RBI. MFIs will have to make provisions equal to the loan amount by April or completely write off the loan.

Raising funds is difficult, especially for smaller MFIs, in the current scenario, because of investor aversion to the high-risk sector.

Alok Prasad, chief executive of Mfin, said the industry body has approached RBI with a request to relax the minimum capital requirement for Andhra Pradesh-based MFIs.

According to Prasad, competition will result in only serious MFIs remaining in the sector.

But, according to Puli of Trident, only three-five non-NBFC MFIs are likely to survive in the sector in the long term, the rest perishing because of the non-availability of funds.

MFIs are firms that lend small amounts to low-income borrowers at 24-36% after borrowing from banks at much cheaper rates.

According to Titus of Sa-dhan, the closure of small MFIs operating as trusts and NGOs will give a jolt to low-income borrowers in rural India, for whom such firms are a primary source of small-ticket loans.

“They do better-quality work and operate closely with all state governments even in the most difficult part of states in terms of access. Now they are being forced to scale back operations,” Titus said.

With the crisis hitting the sector, commercial banks have reduced their lending to MFIs and have stopped issuing fresh loans to most microlenders in Andhra Pradesh. Bank lending to MFIs, self-help groups and joint liability groups declined to Rs. 24,601 crore on 21 October 2011 from Rs. 28,364 crore on 22 October 2010.

“It is a difficult situation. Smaller MFIs may definitely suffer going ahead,” said a senior executive at a leading state-run bank, who did not want to be named.

In the aftermath of the microfinance crisis, at least five leading MFIs in Andhra Pradesh had opted for a recast of loans amounting to around Rs. 5,000 crore after RBI extended a special facility to banks to restructure the loans without classifying them as non-performing assets. The five are Trident, Share Microfin Ltd, Asmitha Microfin Ltd and Spandana Sphoorty Financial Ltd and Future Financial Services Ltd.