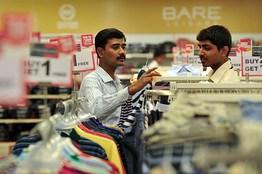 A new report by PwC discusses then ‘next four billion’ and ways to create profitable growth strategies for the global emerging middle class. The PwC report explains that the ‘emerging middle’ are a new and untapped market. More specifically, despite for example, India’s 470 million people who have daily incomes of $1.75 – $5, which is low, collectively, this demographic has large purchasing power. As innovative business strategies help promote socioeconomic development in the BOP markets, the needs of those whose incomes are increasing, will also have to be met. The report says that aspirations, performance, and unmet needs must be taken into account in addition to lower price points and innovative distribution strategies. The report cites Godrej’s ChotuKool refrigerator as an example of a product that has been designed for this mass market.

First there was the bottom of the pyramid. And now there’s the global emerging middle class, or as consulting firm PwC puts it, the “Next 4 Billion.”

Seeing the slowdown in the developed economies, companies with global businesses should creates goods and services for the emerging middle class across the developing world to grow their business, PwC says in a new report.

PwC defines the “Next 4 Billion” as countries that have an average annual per capita income that ranges between $1,000 and $4,000, and that, together, are home to four billion people – or more than half of the current global population of 7 billion. Apart from India and China, this group includes Indonesia and countries in Latin America and Africa.

Globally, about 2.3 billion people are currently in this market segment and it’s only going to get bigger, thanks to high birth rates and above-average economic growth in many countries in the group. The report says that it will represent a combined annual market in excess of $6 trillion by 2021.

Although income levels in this group are still pretty low—In India, for instance, incomes in this group range from $1.75 to $5 per day—collectively, these consumers have a large purchasing power.

Take the case of India. In 2010 there were about 470 million in the emerging middle class. PwC expects this segment to grow to 570 million by 2021, by which time it will constitute about 42% of the total population.

Multinationals, the report says, need to discard their preconceived approaches and business models and have greater flexibility in addressing this new market. A good reason to do that is customer loyalty. “By focusing on this large, relatively untapped market, companies will be able to build early loyalty that will hold them in good stead as these customers acquire greater economic power,” the report says.

On the other end of the spectrum, products and business models made for this market can also be exported to the developed markets to spur growth and increase efficiencies there, especially since they have become more price sensitive because of the economic slowdown, the report says. General Electric Co. is one such company. The  Fairfield, Conn., company has made in India an MRI scanner and a baby warmer that it sells in other parts of the world as well.

And it’s not just about pricing a product cheaply. Companies need to keep in mind that these customers are not a homogenous bunch and need to be cognizant of differences that arise because of location (urban vs. rural), age, religion, and language.

“Our research shows that while lower price points (or other innovative pricing strategies) are critical for this segment, businesses must position their solutions around performance, aspirations, and unmet needs to be successful,” the report says.

PwC cites the example of Godrej, one of India’s leading refrigerator manufacturers. The company realized it wasn’t good enough to just strip down one of its existing products, and that it would be too hard to sell a “poor man’s fridge.” The company realized a consumer like a fruit or vegetable vendor would hire a fridge to preserve his supplies for at most two nights. These consumers often changed their residence, and hence needed a product that was portable. Power outages and high cost of energy to run a regular refrigerator were important considerations for potential buyers.

Based on  this feedback, Godrej engineers designed the new ChotuKool refrigerator for the mass market. The ChotuKool is a small refrigerator (1.5 feet X 2 feet). Instead of a compressor it uses a cooling chip and a fan, similar to those in a computer. It can survive power surges and outages common in India and its high-end insulation enables it to keep its contents cold for hours without power. Godrej priced it at an affordable $80.

Companies, the report says, need to realize that despite the high level of urbanization that’s taking place in India, about 67% of Indians will still live in rural areas in 2021, posing unique marketing, sales, and distribution challenges to companies.