LeapFrog To Invest Up To $40 Million In India 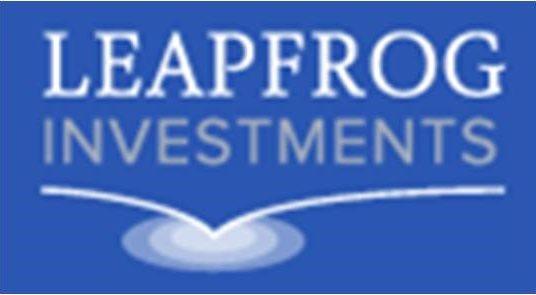 LeapFrog Investments, a $135 million microinsurance fund plans to deploy up to $40 million in India through investments of between $5 million and $20 million per company. LeapFrog Investments has received commitments from individuals and institutions including George Soros, Pierre Omidyar, and the Netherlands’ development finance institution FMO. The fund seeks to place private capital in companies that target the mass market to help them grow and create a social impact.

By SHRADDHA NAIR OF MINT

MUMBAI –LeapFrog Investments, a $135 million fund focused on micro-insurance, is looking to deploy as much as $40 million in India.

“India presents an opportunity as the level of penetration of insurance is very low,” said Jim Roth, the company’s co-founder and partner.

In other markets, insurance is for the wealthy, whereas in India there is insurance that focuses on the mass market, he said, adding that LeapFrog will invest between $5 million and $20 million in a company. Micro-insurance is a product that offers coverage at a low premium and is designed for businesses not covered by conventional insurers, and the poor.

The Washington-based fund received initial commitments from wealthy individuals like George Soros and Pierre Omidyar, and development finance institutions such as the Netherlands-based FMO, Germany’s KfW Entwicklungsbank and International Finance Corp., the private investment arm of the World Bank.

“The aim was to set up a fund that would tap private capital and would have a social impact,” Mr. Roth said.

Insurance penetration in India has risen to 5.2% in 2009 from 2.32% in 2000, when the sector was opened up to private firms, according to the Insurance Regulatory and Development Authority of India.

LeapFrog has roped in Bangalore-based advisory firm Unitus Capital to help scout for deals in India.

Since the microfinance model has worked in India, many firms are looking to establish micro-insurance companies, Mr. Ray said, adding that a big problem with this business is its long gestation period.

The micro-insurance market will ride on the back of the microfinance business, said Abizer Diwanji, head of financial services at KPMG India Pvt. Ltd. “The MFI business can cross-sell these products.”

While inclusive insurance is a big market globally, in India LeapFrog can find opportunities in brokerage or distribution businesses of these products, he said, adding that getting the economics right is difficult as “you need to have a large volume base, otherwise the cost will be more than the revenue.”

LeapFrog has made two investments-$7 million in AllLife in South Africa, which provides life cover to people with AIDS, and $14 million in Apollo Investment, a micro-insurance company, in Kenya.

Mr. Roth said LeapFrog would like to invest in companies like the operation in Gujarat that sells weather index insurance to people against the type of crop and the weather conditions they are growing it in. He declined to name the company.