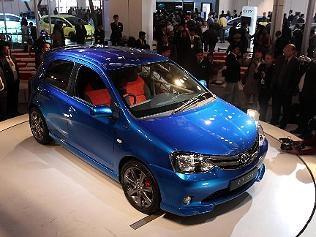 Japanese companies are beginning to have more of a focus on people within lower income levels in emerging markets. Recently, Japanese company, Canon, found that there was a spike in sales of its photo printers from customers in India. The company quickly realized that village entrepreneurs were buying the printers to start small business via village kiosks in rural India. The company has now changed its strategy for rural markets in India and has more staff marketing products in different villages.  JAPANESE companies from Toyota to Canon are for the first time looking at poor people in emerging markets as potential consumers.

The moves across corporate Japan reflect a bid to find new, high-growth markets to offset the slump at home and in traditional markets in the US and Europe.

Japan’s powerful Ministry of Economy, Trade and Industry said there were four billion people and $US5 trillion ($5.9 trillion) in sales in these markets last year. The ministry said in its report last February: “This represents a new frontier for the Japanese economy and industries.

“Innovations for conquering the frontier are expected to revitalise the Japanese economy as a whole.”

An 81-page report from the ministry and many of Japan’s leading exporters, about the opportunities in countries like China, Brazil, India and Vietnam, is being passed around board rooms across Tokyo.

The report says Japanese companies can’t just focus on rich countries and rich consumers. They have to start making more products that a consumer who makes less than $US3000 a year can afford.

Japanese auto giants such as Toyota Motor and Honda Motor are reconsidering their strategies and building smaller, cheaper models to target the fast-growing group of emerging-market consumers.

Yoshinori Noritake, the chief engineer at Toyota, shuttled between India and Japan more than 30 times over the last three years to figure out how to build a Toyota aimed squarely at the emerging-market driver. The result was the Etios, launched at the India Auto Expo earlier this year and likely to sell for $US10,000 when available.

Mr Noritake got hints on how to design the car by visiting small Indian homes in rural areas and slums. He found that Indians don’t have much space for parking but want a vehicle that fits a family comfortably. “The amount of space in a city defines how large the car can be,” said Mr Noritake. “The size of the people defines the interiors.”

The big effort by the government and industry is aimed at helping Japan play catch-up.

Unilever has been pushing its products into rural India for years, while General Electric of the US has developed new medical equipment specifically for emerging-market conditions and budgets.

Even in areas where Japanese exports have usually done well – electronics and automobiles – Japanese companies are often beaten by brands from Korea and China, which have been more aggressive at wooing less affluent consumers.

In India, for example, Korean brands now dominate the consumer appliance and electronics markets. LG and Samsung Electronics have grabbed as much as half of the television, refrigerator and air-conditioner markets, while Japanese brands such as Hitachi and Sony rarely get more than 5 per cent of market-share, according to data from researcher Euromonitor International.

Some Japanese companies have stumbled on the opportunity. Canon didn’t understand why it was getting a surge in orders for its $US50 home photo-printers in India. It discovered many were going to rural India. Village entrepreneurs were using the printers to start photo businesses, serving farmers who were willing to pay US50 cents to print the photos they had taken from their cell phones.

Canon is now reaching out to its potential new customers with a truck fleet that goes from town to town setting up mobile showrooms for Canon products. It gives wedding photography workshops to small-town photographers. Canon’s sales and staff in India have doubled in the last three years and it expects sales to hit $US1 billion by 2015.

“Even the poorest person has to have photos of the wedding of his daughter,” said Alok Bharadwaj, Canon’s senior vice-president in India.

The broad new effort envisions Japanese companies reconsidering who they think of as customers and creating new products aimed at the so called base of the income pyramid.

Sumitomo Chemical, for instance, designed window-screens infused with mosquito repellant to protect factories, when it realised there was a mass market using the technology for inexpensive mosquito nets. It now sells more than 40 million a year in Africa, Vietnam and elsewhere. Sanyo Electric launched its solar-charged LED lights in Uganda, and Sony is working on an affordable power generator for the developing world.

Nissin doubled its noodle-making capacity in India last year and cut the size of its packages of noodles so more Indians could afford its Top Raman brand for less than US10c each. It tripled the size of its staff over the last three years and created a flavour for eastern India.

The company is developing more regional flavours and expects overall sales to climb 50 per cent this year, said Yuji Tabeta, president of Indo Nissin Foods, which is based in Bangalore.

“Our parent company realised the big potential India has,” he said. “Now that we have the infrastructure in place we can get aggressive about expansion.”

“I can’t even name anything from Japan,” said Mangala Bai, a 45-year-old maid from Mumbai. “I have heard of Honda, they are those big, long cars on the road. I didn’t know they were Japanese.”