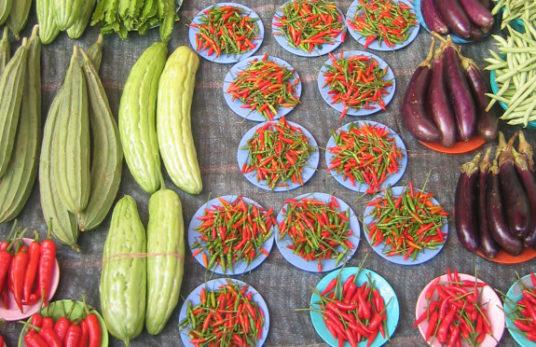 Editor’s Note: Hemendra Mathur is managing director for SEAF India Investment Advisors, the SME-focused venture capital investment firm, and has been actively investing in food and agribusiness over the last five years. During this time, he has invested in eight companies ranging from food ingredients, animal feed and fertilizer businesses to seeds and spices companies. He’s also invested in India’s organic food sector, which he believes is ripe for further investment. Mathur has a bachelor’s degree in agricultural engineering and is currently leading the $150 million fundraising efforts for SEAF India’s second agribusiness fund. Want to write a guest commentary? Email Media@AgFunderNews.com

In many ways, organic food is still a niche concept in India. Current domestic organic food sales are estimated at around $200 million annually and growing at a compounded rate of 30 percent to 40 percent each year.

Demand is growing as incidences of food adulteration are repeatedly reported on in global media and consumer consciousness of natural, healthy and safe foods rises. New food safety legislation is also working towards improving the safety standards of food and, at the same time, consumers are increasingly willing to pay for organic foods as their disposable incomes rise.

The number of food categories sold as organic has grown to more than 200. Starting with organic tea and spices, it’s grown to organic flour, breakfast cereals, ghee (clarified butter), fruits, vegetables, milk, honey and many more.

Another key factor behind the recent pickup in growth is e-commerce which provides organic companies with an appealing route to market. There are more than 25 e-commerce platforms selling organic foods online in India now, plus generalist grocery sites like Bigbasket and Peppertap are selling organic categories. In addition, there are specialised organic retailers like ISayOrganic, JoyByNature, ekgaon, and OrganicShop.

So how is the supply chain shaping up to cater to the demand?

It takes about three years to convert a field from conventional to organic. An organic food company, which obtains the organic certification, usually works with a group of farmers — usually 400-500 — known as its Internal Control System (ICS). The company provides those farmers with support in terms of inputs and education in organic growing practices. It also assures the buyback of the crop throughout the conversion process.

Companies also incentivize farmers by engaging them in growing more crops that can be sold as organic, instead of having single crop operations.

A very important aspect of supply chain management is certification. Different importing countries have different sets of approved certifications so food companies need to set a standard of organic farming and choose an appropriate agency for certification. These agencies include the USDA, EU, Control Union and OU Kosher.

To help increase parity between India and its export markets, the Government has implemented the National Programme for Organic Production (NPOP). It has also launched PGS-India (Participatory Guarantee System of India) which is a quality assurance initiative that is locally relevant, emphasizes the participation of stakeholders — including producers and consumers — and operates outside the frame of third-party organic certification.

The high margin opportunity is driven by two things: typically there is a 15 percent to 50 percent premium on organic products, which in a stable organic business can translate to 10-25 percent EBITDA margins. Margins are also driven by the immense branding opportunities in organic products. Indian commodities like pulses, staples, and vegetables are long overdue a re-brand so are an example of food products which could benefit from organic branding.

Another reason for investor interest is that the typical organic supply chain is more efficient compared to conventional agribusiness as there are fewer intermediaries and there is better control on quality, cost and traceability of the product.

Last but not the least, the exit opportunity — which is of key concern for most investors — is likely to come from players in Europe, Japan and the US which are searching for new organic markets to tap into.

In a nutshell, there is a good chance that India’s organic opportunity could scale from $500 million to about $2 billion — approx $1 billion catering to the domestic market and $1 billion for export markets — by 2020.

Roughly $300 million of investment is needed to reach these levels, and about $100 million to $150 million of this is likely to be in the form of private equity over the next five years, across 10 – 15 deals.

And this funding is needed to expand the organic farmer base, get certification, and for the distribution and branding of organic products. This presents a unique opportunity to investors to invest and earn top-quartile internal rates of return over the next five to 10 years.

It is an exciting time for the organic foods industry and I believe all stakeholders including consumers, retailers, companies, farmers, investors, certification agencies, importers and the government will benefit with the evolution of the industry.