Insights Into Social Enterprises Partnering Producers At The BoP 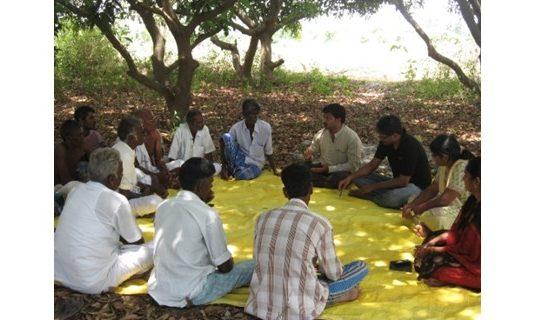 A research paper by Doctoral researcher Priyanka Jayashankar and an Associate Professor Robert Goedegeburrre focuses on the potential for inclusive value chains for producers at the base of the pyramid. The paper’s research objectives explore how social enterprise can help increase the productivity of and returns to small-scale producers and the challenges faced in scaling business ventures focused on small-scale producers. Social enterprises ROPE, Masuta, and Arogyam are presented as examples of such BOP ventures that work across various sectors including handicrafts, silk farming, and organic agriculture. By Priyanka Jayashankar and Robert Goedegebuure,

Microfinance Focus, April 14, 2011: Market-based initiatives to co-opt small-scale producers into global and domestic markets have drawn the attention of social entrepreneurs, donors and policy makers. Despite the emergence of cooperatives and the fair-trade movement, the development of inclusive value chains for producers at the BoP is still nascent.

In this paper, we discuss how social enterprises from sectors as diverse as handicrafts, sericulture and organic agriculture have entered into long-term, mutually beneficial partnerships with producers at the BoP. The social enterprises ROPE, Masuta and Arogyam Organics – which are backed by Villgro – share their perspectives on playing a bridging role between BoP communities and non-local markets*. We seek to address the following research objectives:

i) How can the productivity of small-scale producers be enhanced by social enterprises?

iii) What are the challenges for developing scalable ventures involving BoP producers in India?

An overview of scalable ventures at the BoP

The handicraft sector in India predominantly consists of household-based enterprises and artisans tend to operate on a miniscule scale. In order to enhance the productivity of highly skilled artisans and unskilled workers in Southern India, the social enterprise ROPE has established production centers based on a hub-and-spoke distribution model. Different varieties of natural fibre are supplied to production centers (spokes), which are scattered across villages and subsequently, the finished products are transported back to the distribution hubs.

ROPE has been able to scale up productivity across clusters and most of its products are supplied to institutional buyers (especially retailers) in both domestic and international markets. Revenues trebled from 2008 to 2010 and the company broke even during the
2010-11 fiscal. Costs per unit have declined due to the strong thrust on key account buyers. “While foreign buyers are aware of India’s rich craftsmanship, Indian handicraft players are yet to reach volumes to compete against China and Vietnam” explains N. Sreejith, the founder of ROPE. He also points out that a high-volume-low-margin strategy has enabled the company to gain a competitive edge in international markets.

Companies are also generating livelihood opportunities for the BoP community in the agro-based sector. Take for instance, the case of Masuta, which was established as a producers’ collective in Jharkhand’s sericulture industry.  Masuta has been able to leverage the existing social networks of self-help groups created by the NGO Pradan. The company purchases silk cocoons from local cultivators, which are sold at a cost price to Masuta’s producers. The yarn is later purchased back from the producers and sold to silk apparel companies. The Masuta collective, which comprises 165 mutual benefit trusts, has generated yarn sales turnover of Rs 46 million in 2009-10. Prior to Masuta’s intervention, weavers had to put up with the daily grind of thigh reeling.  Masuta collaborated with Delft University in the Netherlands to develop user-friendly spinning and reeling machinery, which in turn, brought down the production cost of yarn. Yarn spinning has become a decentralised process due to the involvement of home-based workers.

Social entrepreneurs have also forayed into the agricultural sector by partnering small and marginal farmers as demonstrated in the case of Arogyam Organics. During the first two years of operation, there was a decline in yield growth. Eventually, the productivity of organic farms began to increase steadily and the company founder Mr Arumugaswamy has brought into effect a low-margin-high volume strategy.

Arogyam makes bulk purchases from 400-450 farming families, who on an average own an agricultural unit of the size of 5 to 7.5 acres. The farmers are organised into community groups and they have been able to bring down costs by fully reducing their dependence on chemical pesticides and fertilizers. Currently, Arogyam supplies cereals, pulses, spices, nuts and beverages to supermarkets, health centres and as a step towards forward integration, Arogyam has also set up an organic store franchise. “Villgro’s incubatees not only focus on enhancing the collective bargaining power of BoP producers, but also developing market linkages and cost-effective channels of distribution,” explains Ashutosh Sinha, the co-founder and CEO of Villgro Innovation Marketing Pvt Ltd.

One must note that attaining scale can be a staggered process for social enterprises, which are likely to be in the red during the early years of operation. Companies would have to graduate from a low-margin-low-volume stage into a high-margin-low-volume stage and hence, this would strengthen the case of deploying grants and patient capital. However, the development of appropriate technology and infrastructure would enable social enterprises to increase their output drastically and in turn, implement high-volume-low-margin strategies.

A pertinent question that can be raised is whether the rise in margins of BoP producers can be commensurate with the productivity gains. ROPE, for its part, has boosted the income level of artisans and unskilled workers. Weavers previously used to earn daily wages of Rs 60-Rs 70 over a span of 100 days and relied on middlemen. After joining hands with ROPE, their daily wages have increased to Rs 150 (for a total number of 250 to 300 working days in a year.)

Traditional artisan clusters, which have existed for centuries, are on the decline and skilled artisans typically lack exposure to market trends. ROPE provides long-term employment opportunities for artisans and also encourages some of the highly skilled artisans to work in design studios. “We are able to meet the working capital requirements of artisans, who mostly need job security,” says ROPE’s founder N. Sreejith. The social enterprise incubator Villgro has conducted a social audit on ROPE, which also has to meet international buyers’ social compliance criteria.

From time to time, ROPE has to repay old debts of weavers, who rely on middlemen for credit and market access. Despite the fact that the company is endeavouring to work directly with artisans, the founder points out middlemen remain deeply entrenched in local markets due low costs of operation. ROPE’s business model has spawned spin-off benefits for several actors in the agricultural value chain, since raw materials such as banana fibre, bamboo and jute are procured directly from farmers in Tamil Nadu, Kerala, West Bengal and other parts of the North-East.

Masuta has fostered collective entrepreneurship among women in remote parts of Jharkhand, Chhattisgarh and Bihar. The yarn producers have weaned themselves away from middlemen and women engaged in the reeling of yarn on a full-time basis earn up to Rs 20,000 a year. Necessary business development services are being imparted to the mutual benefit trusts, who, in turn, can exercise greater control over the quality and quantity of the yarn produced. The producers’ collective has enhanced socio-economic empowerment at the grassroots.

Masuta has ushered new actors such as yarn and seed producers into the tasar yarn value chain, which previously only consisted of weavers and cocoon producers **. The organisation has planted trees for silkworms to feed on and it is also developing laser technology with C-DAC to detect diseases, which is beneficial for cocoon rearing.
As a social enterprise, Arogyam is striving to fulfil the triple bottom line of people, planet and profits by co-opting small and marginal farmers into non-exclusionary, organic supply chains and reaching out to a mass market. The farmers receive a 20% premium over market prices and they no longer depend on moneylenders, who, in some cases, don the role of traders. The costs of certifying the organic produce is entirely borne by Arogyam, which also imparts necessary training in indigenous farming and capacity building skills to the community groups. The company has steered clear of developing a captive value chain and as a result, farmers have the choice of supplying their produce to other organic players.

Social entrepreneurs operating in the Indian hinterland often have to grapple with a host of issues stemming from quality control, capacity building, supply chain management and infrastructure development. ROPE faces the challenge of implementing quality control standards stipulated by international buyers in disparately located production centres. In order to streamline production activities, ROPE has tied up with IIT Madras’s Rural Business Incubator to develop a customised mobile application, which is partly being funded by Villgro.

ROPE has deputed quality control teams and artisans are trained to customise the products for foreign buyers. The collective Masuta, which succeeded in generating livelihood opportunities for low-income women, is witnessing an increase in inventory costs.
Arogyam has to overcome several hurdles in capacity building, as many farmers are above the age of 55 and the rural youth are not willing to take up agriculture as an occupation, observes the company founder. Small and marginal farmers have to cope with a shortage of agricultural labour due to the emergence of policy initiatives such as National Rural Employment Guarantee Act.

The lack of cold storage and warehousing facilities has impeded Arogyam’s operations in rural areas and transport and spoilage costs have eaten into the company’s profits. “Infrastructure development can have a multiplier effect, leading to at least a five-fold increase in profits for companies operating in rural areas,” points out Ashutosh Sinha, the CEO and co-founder of Villgro Innovation Marketing Pvt Ltd. The development of cold storage facilities, for instance, would not only enable farmers to attain economies of scale but also economies of scope in terms of crop diversification. Arguably, a more conducive business environment is needed to boost the growth of BoP-as-producer ventures.