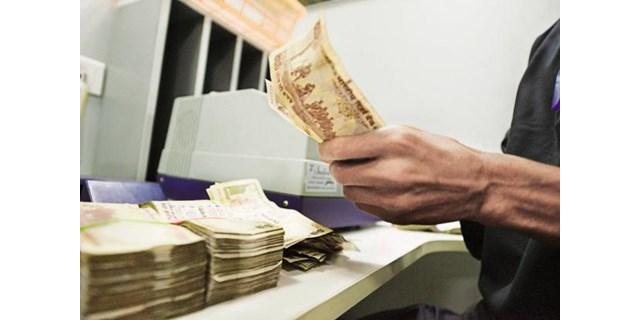 Mumbai: Radha Bai, an artisan in her mid-thirties, has a framed certificate on the wall of her home in Bikaner district of Rajasthan. She did not receive it for winning a competition or completing a course. It is a share certificate for shares held in Rangsutra Crafts India Ltd, a handicrafts manufacturing firm where she is also employed.
“I know what it is. I have framed it because this is the only punji (financial asset) in my name. Radha Bai told me this when I visited her house,” recalls 54-year old Sumita Ghose, founder of Rangsutra.
Radha Bai holds 10 shares in the firm where she is employed since it started in 2006. She is one of the 1,800 artisans across Rajasthan and Uttar Pradesh who are shareholders in the company.
Rangsutra, which turned profitable within three years of operations, has already provided multifold returns to its investor—Aavishkaar Venture Management Services, an impact investment firm. To add to its credentials, the firm supplies nearly 50% of its products to FabIndia, generates a revenue of about Rs.10 crore and is now planning to create its own labels and sell online.
Yet, a leading public sector bank had refused a loan to Ghose for the venture eight years back. Obviously, there was no track-record to show and neither the artisans nor Ghose had any previous experience of running a business. It was a risky proposition for the lender. And so the seed capital had to be mobilized from the artisans. About 1000 artisans contributed Rs.1,000 each and Ghose borrowed another Rs.10 lakh from family and friends to kickstart the firm.
Even today, access to funds, especially debt, still remains a pain point for several such ventures. For them, charity is passé. Creating business models that empower the poor and improve their lives in a sustainable manner is what they want to do. This is where social impact funds step in to fill the funding gap. In the case of Rangsutra, it was Aavishkaar, one of India’s first impact funds, that finally filled the funding gap and invested about Rs.23 lakh in the venture.
An April 2014 report released by Intellecap, a business solution provider to social enterprises, shows that more than 220 social enterprises have received $1.6 billion in funding from impact investing funds from 2000 till February 2014. Nearly 60% of the $1.6 billion invested, however, is concentrated only within 15 firms, which suggests that India’s impact investment story is yet to take off.
Indian law does not define impact investment and so a majority (nearly 54%) of the investments in social ventures continue to come from regular venture capital funds. This can be challenging as return expectations can be unrealistic.
“The return expectations of a regular fund and a fund focused on social impact can vary widely,” points out Karuna Jain, senior portfolio associate at Acumen, a New York-based impact investment fund with a major focus on India. In contrast, firms like Acumen that invest through grants do not have a mandate to give any returns.
With most of the investments coming from regular venture funds, the funds have remained concentrated in a handful of areas. Microfinance, for instance, has received over 50% of investments from impact funds, according to the Intellecap report quoted above.
The funds flowing into microfinance seem disproportionately large, as financial inclusion comprises only 21% of the impact enterprise operating in India.
“They (impact enterprises) operate on low margins and lack of funds impacts scaling up. It takes at least 7-8 years for a VC to make a 10% return on its investment,” says Neera Nundy, partner at Dasra, a philanthropy foundation, while explaining that regular venture capital funds may not work for impact investing.
To do away with the risk, foundations and investment firms are working on a hybrid model which separates business from charity. “For instance, education and vocational training for the workers or employees of social ventures is now being carried through grants or donations and the business is being treated separately. This model increases the chances of a venture succeeding as a large chunk of monetary burden is taken away by grants,” says Nundy, adding that the workers get trained and the return on capital invested in the business also goes up.
This also allows non-profit foundations set up by corporations to contribute towards the ventures by way of grants for specific parts of the venture.
Organizations like Intellecap are further innovating to try and mobilize funds for social enterprises. I3N (I-cube-N) is a platform created for high networth individuals keen to invest in impact social ventures. The platform leverages the existing database of Intellecap on the ventures looking for funding and their business models.
Apart from impact investing, crowdfunding is also starting to pick up as an alternate source of funding for social causes. Several organizations are helping to pool money for social causes ranging from education, energy, health and sanitation from individuals. Milaap.org, a crowdfunding platform, has mobilized nearly $2.5 million worth of funds from 22,000 individuals for various impacts.
“The loan period varies with the cause. After a lender has given out the money, choosing a cause, the money is given to borrowers, and each month his account is credited with the repayment received from the respective borrower, facilitated easily by Milaap’s platform,” says Mayukh Choudhury co-founder and chief executive at Milaap.
While new ways to fund a social cause are developing in India, there is a need for standardization in the definition of impact and how it is measured, Jain of Acumen says.
Clarity on loans via the crowdfunding model is also awaited as the Reserve Bank of India is still to issue guidelines for such fundraising platforms, said Choudhury.
Go to original article