India’s Subprime Takes Off, Delivers Homes For The Poor 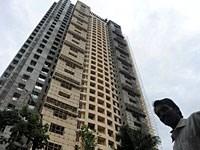 India’s poor are finding easier access to home loans but there is some concern that this trend echos the sub-prome crisis that unfolded in the US during the past decade. Micro Housing Finance Corporation, has been inoperation for the past 2 years and is aiming to increase its loan portfolio from 750 families to 2,250 over the next year. It is estimated that the micro-mortgage or sub-prime housing market in India is worth $180 million and is focused on houses that are worth under $20,000. There are number of players who have been applying for licenses to provide micor-mortgages including, Muthoot Housing Finance, Dewan Housing Finance Corporation, Gruh Finance, Aptus Value Housing Finance India, and MAS Financial Services. In addition to providing loans, housing finance companies often lobby real estate developers to build smaller, more affordable homes for this segment of the market. The growth in micro-housing is in part due to a shift away from microfinance given the struggles that industry has faced but those in the micro-housing industry are afraid of being tarnished with the same brush.

Satish Kedare, 28, a personal driver in Mumbai who earns around 11,000 rupees ($246) a month, moved into his own 400 square feet apartment an hour and a half train ride away from the city center, this March.  It was nothing short of a dream come true for him in a city where an estimated eight million people live in slums.

Before this, home for him, his wife and one-year-old child was a 225 square feet apartment in central Mumbai with 16 other family members.

Kedare is part of a huge pool of informal workers, which include roadside vendors, household help and car mechanics, who have a steady source of income but are excluded from the financial system.

“They are in the negative list of most banks, because they live in slums and don’t have any document to prove their income,” says Rajnish Dhall, Director of Micro Housing Finance Corporation, a home loan company, which helped fund Kadare’s home and those of hundreds of other financially excluded urban households across India.

MHFC, which was the first to identify and tap this segment about two years ago, hopes to increase its loan portfolio in this financial year ending March 2012 to 2,250 families from 750.  And loan sanctions are expected to increase from $7 million to $22 million over the same period. “This is just a drop in the ocean,” says Dhall.

The micro mortgage or sub prime housing finance sector in India is worth an estimated $180 million, and serves a market for houses under a million rupees each.

But, sub prime lending in the housing sector, which comes with risks and opportunities, has been ignored by big banks, which prefer to focus on the prime mid- to high-segment of the market, which according to industry estimates is growing at an annual rate of 30 percent.

But more crucially, it’s very difficult and time consuming to assess the income of these ‘low-ticket’ customers in the absence of pay slips and tax returns. The head of a large Indian bank has been quoted in the media as saying,  “My staff can only interact with paper, not people — how can I serve this segment?”

But the sector’s been seeing some activity in the last couple of years, with more than half a dozen companies applying for licenses to provide micro mortgages to the informal sector. One of them is Muthoot Housing Finance, which is due to start operations in southern India in a month’s time. Others include older players like Diwan Housing Finance Corporation and Gruh Finance; and newcomers Aptus Value Housing Finance India and MAS Financial Services, the latter being a micro-finance company that is venturing into housing finance.  The companies are drawn by the potential profits: the current housing shortfall in the country according to government estimates is about 25 million units and demand is “nearly 99 percent from the lower income group,” says Dhall.

A lack of credit and supply-side shortages have so far stunted the low-income housing market, but Ashish Karamchandani of the Monitor Group’s Inclusive Markets Practice in India says that commercially viable housing projects in the sub one million rupee bracket are now being built.

Housing finance companies like MHFC try to lobby real estate companies to build cheaper homes and also to set aside a few hundred units, depending on the size of the project, for its customers.

They then market the projects to their clients, by distributing leaflets in slum areas, vegetable markets and large industrial complexes. Dhall says they once set up a desk in the lunchroom of a luxury hotel to target the hotel’s cooks, waiters and mechanics.

While micro mortgages could provide a solution to India’s urban housing woes, it still belongs to the micro finance industry that is struggling with losses after being touted as an effective way to alleviate poverty.

The sector as a whole has come under a lot of criticism in recent months, after micro finance companies in the Indian state of Andhra Pradesh reported huge losses. These companies generally lend for an income-generating asset like a sewing machine or livestock, at interest rates that could go beyond 30 percent per year, for a short-term of six to 12 months. But there have been allegations that micro lenders overcharged and used high-handed methods for recovering loans. Even politicians have weighed in, urging people not to repay their loans.

The central bank has now capped interest rates at 26 percent and tighter regulations are being imposed in the state. But Mona Kachhwaha, Investment Director at Caspian Advisors, which has invested about $5 million in MHFC via its India Financial Inclusion Fund, says the housing finance sector in India is different, in that it’s more closely monitored and regulated (by the National Housing Bank) than the rest of the micro finance industry, which is young in comparison.

Yet the biggest risk to this industry, which offers secured but sub prime loans, is an accurate assessment of income in the absence of any established models, says Maneesh Srivastava, CEO of Muthoot Housing Finance.

The micro loan officer has his own ways of analyzing risks. For example, he looks out for buffers such as whether the client has land in his village, how much does his brother earn and whether his wife is wearing any gold jewelry.

Dhall, whose company so far has a zero default rate, says most of his clients have high savings, which they use to fund a large portion of the house. He cites his first customer — a roadside vendor of Chinese food in Mumbai, who needed just a 200,000-rupee loan for a house worth 600,000 rupees, and paid the rest through his savings.

“Housing finance rules in India allow lending of up to 80 percent of the value of the home, but our average has been only 65 percent,” Dhall said.

Micro housing finance companies also only lend to people who want to own and live in the house and not to investors. Therefore comparisons with sub prime lending, say people in the business is not accurate, “They are looking at people with no credit history and not at people with poor credit history,” says Karamchandani.