India’s Poverty In The Virtual World 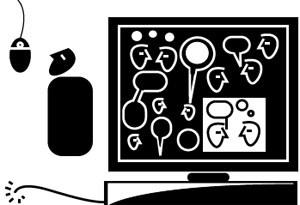 India is a world leader in Information Technology; however, its information and communication infrastructure is extremely poor. In a nation where there are over 1 million schools, more than 26 million micro, small, and medium sized enterprises, hundreds of thousands of producer’s cooperatives, and over 3 million NGOs, only a small percentage of each have an internet presence or even internet access. It will be extremely important for India to develop its ICT infrastructure however, if it plans to effectively educate poor and rural demographics, enable small businesses to market their products beyond India, and create better access to markets for farmers and other producers. Writer Osama Manzar explains that this is not only critical to increase digital inclusion but to also both attract markets to India and help Indian producers and businesses go global.

Let’s suppose Facebook is a nation. It is then the world’s third most populous nation, after China and India. It is perhaps the only nation whose citizens come from all parts of the world—where everyone lives harmoniously, meets and corresponds with each other seamlessly, shares information, thoughts and ideas openly.

Everyone wants to be in this virtual nation. Here, you do not have to pay for your space, as you have to in your real country of domicile.
No country gives you free space, free art and photo gallery, free postal service, free parking area, free entertainment and free space for a business office. Facebook does all of these.
It has almost become an imperative of life today to be on Facebook. If you aren’t already there, better to hurry up, acquire your space and, if you want, create your own estate, business or community.

The popularity of Facebook leads me to believe that the future of any nation will depend on how much digital content it produces and makes available on the Internet—particularly in oral form.

While India’s standing among digital content producers is abysmally low, the good news is that India has one of the highest penetrations of mobile devices, enabling the country to go beyond the literacy barrier and create more oral digital content. There is a caveat though: we need the Internet on all devices, preferably broadband.

As is well known, India is a country of extremes, with the best of certain things and the worst of others.

Let’s look at some more paradoxes.

India has almost 1.6 million schools, mostly located in rural areas, but not more than 100,000 schools have computer centres or labs.

Internet connectivity would be in less than 0.5% schools, and not more than 10% have websites. If every school was to have its own website, we would not only have so many .in domains, but would also enrich the cyberspace with multilingual content, localized culture and creative content produced by children and teachers.

India also has more than 26 million registered micro, small and medium enterprises (MSMEs) employing over 60 million people. But not more than 30% of these MSMEs are online.

Ours is primarily a producers’ country and our economy thrives at the grassroots level. Websites would give our MSMEs national and global reach; their absence means foreign products find it easier to enter the local market than vice versa.

Like MSMEs, cooperatives are a great means of conducting business at the bottom of the pyramid. There are more than 500,000 cooperatives in India, most of which deal in products and services relating to rural areas, such as agriculture, dairy farming and so on.

When I tried to find out the level of digital inclusion among the cooperatives, the National Cooperative Union of India could not come up with a definite number. All they said was that there would be no more than few thousand online.

We are a country of more than 3.3 million non-governmental organisations, or NGOs. But 70% of them have no web presence.

Most of them are located at the grassroots level. At the Digital Empowerment Foundation, we have created 500 individual websites for such organisations in the last two years, an exercise that has made us realise that each NGO is a well of information and knowledge. But they need to share this knowledge, and the Web is the best means of doing so.

Barring the panchayats in Kerala and a couple of hundred panchayat websites that we have created at http://epanchayat.in, there are no official websites for any elected constituency. But the Right To Information Act says all elected members of the government should furnish relevant information to citizens—and once again the Web could be the best platform for them to share information about their activities and responsibilities.

In all, we are short of some 23 million business, organizational, educational and governmental websites, and therefore, as many domain names.

Considering that there are around 255 million websites worldwide, India’s presence on the Web would significantly increase if all these institutions go online.

This would not only make the country digitally enriched, but it would also attract markets to India and allow Indian producers to go global. Moreover, it will help achieve transparency and a networked knowledge society.

Osama Manzar is director of Digital Empowerment Foundation and curator, mBillionth Award. He is also member of working group for Internet governance at ministry of IT.