India’s Oldest Microfinance Firm On The Verge Of Closure 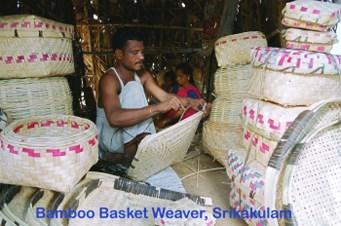 India’s oldest microfinance institution, BSFL or Basix, is on the verge of closure due to reduced loan repayments and inability to raise funding from banks and investors. The MFI is part of a network that not only provides microloans but also offers borrowers livelihoods education and training. The recent microfinance crisis in Andhra Pradesh, however, has left many MFIs struggling to collect loan repayments and continue operations. Commercial banks have also been sceptical of providing MFIs with on-lending funds due to the crisis. Though many smaller MFIs have closed, Basix will be the first larger institution to do so.

Vijay Mahajan-promoted Bhartiya Samruddhi Finance Ltd (BSFL), India’s oldest microfinance institution (MFI), is collapsing under the burden of bad loans. With borrowers in Andhra Pradesh refusing to repay, bad loans are growing and threatening to wipe out its entire net worth and reserves.

“We are unlikely to survive beyond the next two to three months if we don’t get fresh funds,” Mahajan said. The microlender’s board is likely to meet later this week to decide on its fate.

As of 30 June, BSFL’s net worth was Rs128 crore, down from Rs230 crore in September last year, and this will get completely eroded because of accumulated bad loans of Rs450 crore.The possible failure of Basix, as BSFL is popularly known, will be more than just the end of a microfinance company.

Also being snuffed out will be the dream of one of the iconic figures of the Indian microfinance movement.

One of Mahajan’s key aims has been to improve financial inclusion and, thereby, better the lot of the poorer sections of society.

The “Basix mission is to promote a large number of sustainable livelihoods, including for the rural poor and women, through the provision of financial services and technical assistance in an integrated manner”, according to a message on the group’s website. “Basix will strive to yield a competitive rate of return to its investors so as to be able to access mainstream capital and human resources on a continuous basis.”

Samit Ghosh, chairman and managing director of Ujjivan Financial Services Ltd, a leading MFI based in Karnataka, said: “It will be very sad for the whole sector. They are the pioneers in microfinance and one of the most ethical firms. They pioneered the model of structuring products for poor unlike most of the companies.”

BSFL’s loan book has shrunk from Rs1,800 crore to Rs.1,000 crore and Andhra Pradesh accounts for about Rs450 crore of this. Since repayment there has dropped to 10%, the only way to increase income would be to lend in other states where repayments are assured.

But BSFL has been unable to do so as banks are unwilling to lend it more money. Microlenders borrow from banks and lend to the poor, keeping aside a margin.

The chances of BSFL’s survival are bleak unless it gets money from banks, said Mahajan, who founded the company in 1996, eight years before SKS Microfinance Ltd, India’s lone listed microlender, was incorporated as a non-banking financial company.

In the past three months, Mahajan has approached investors across the world for funds, but has drawn a blank. “We need about $100 million (around Rs440 crore) equity infusion and a Rs1,000 crore bank loan,” he said. BSFL’s stakeholders include International Finance Corporation and Small Industries Development Bank of India.

If BSFL shuts, at least 5,000 people—most of them field workers—will lose their jobs, Mahajan said.

“We can absorb a maximum 3,000 people in the group,” he said. “It will be very difficult for them. For many of them, it is a first and only job.”

The group has a total of 10 companies, including the parent firm. All of them fall under two business verticals—knowledge services and financial inclusion.

Out of around Rs540 crore of the exposure in Andhra Pradesh that has turned bad, it has been able to recover Rs90 crore, leaving the microlender with Rs450 crore of bad loans that will cause its net worth to turn negative.

Meanwhile, the effect of the Andhra Pradesh repayment squeeze is spreading, with the level of bad assets rising to 3% from 1% in other parts of the country.

Vineet Rai, founder and chief executive officer of investment firm Aavishkaar Venture Management Services Pvt. Ltd that has invested at least Rs.120 crore in microlenders, said it was an “extraordinary situation” and there has been no change despite various efforts. “When borrowers do not pay back, the industry collapses,” he said.

Microlenders are in a critical state, Mahajan said. “Certain smaller MFIs have effectively closed down. The ones who are outside, they are squeezed, because they are also not getting money. Even perfectly fine MFIs are facing a crisis as banks are not lending,” he said.

Mahajan has held several meetings with his bankers seeking funds and offered to convert a part of their debt into equity without success. Lenders to BSFL include HDFC Bank Ltd and Axis Bank Ltd.

Origin of a crisis

Andhra Pradesh, India’s fifth largest state and accounting for more than a quarter of the Rs20,000 crore microlending industry, promulgated a law in October to control microlenders, after a spate of reported suicides following alleged coercive recovery practices adopted by some of them.

The law, which restricted MFIs from collecting money from borrowers on a weekly basis, made it mandatory that government approval be obtained if a borrower takes more than one loan.

While repayment rate dropped to 5-10% following the state law, commercial banks, which typically provide 80% of the funds to the industry, stopped lending.

Analysts are not too optimistic about banks resuming lending to the industry, especially to those firms that don’t have sufficient equity capital.

If BSFL collapses, “it is going to be a negative signal for banks. Companies which do not have enough net worth will not get bank funds. They will have to eventually get merged, bought out,” said Vaibhav Agarwal, vice-president (research) at Angel Broking Ltd. “Only those with (the) ability to raise equity capital will survive.”

BSFL is one of India’s two largest MFIs, the other being SKS, which opted out of a corporate debt restructuring (CDR) package. That had been offered by lenders after the Reserve Bank of India (RBI) permitted banks to recast debt of around Rs5,000 crore without terming it as bad loans.

CDR is a process in which banks either extend repayment terms or write off some loans to help a troubled firm.

Earlier this month, the government unveiled a draft Bill on microfinance regulation that accorded sole regulatory power to RBI. But, according to Mahajan, while the proposed Microfinance Institutions (Development and Regulation) Bill offers a sound framework, the situation will get worse because of the time it will take for the legislation to be put in place.

“It is like saying there is a nice long highway which has been built. But the entrance to that highway has a big gaddha (pothole). And that gaddha is the losses caused by the AP situation,” Mahajan said.

The Andhra Pradesh government won’t dilute its stance on microlenders.

“It (the proposed federal law) doesn’t change the fact that MFIs come under the purview of moneylending activity and, hence, the state law,” Reddy Subramaniam, principal secretary (rural development), Andhra Pradesh, told Mint earlier this month in a phone interview. “There are a number of judgements from high courts that prove this fact.”

But Mahajan is not willing to throw in the towel just yet.

“I will not give up hope till the very last moment. This is not about Basix. This is the death knell to financial inclusion in India. Today, there are 92 lakh households in Andhra Pradesh who are appearing on the defaulters list of the National Credit Bureau. We cannot just stand by and let this happen,” he said.