India’s ‘Fringe’ Consumers To Drive Next Phase Of Growth 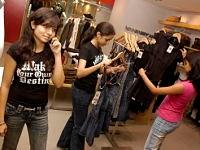 Recent news reported on CNBC describes how India’s fringe consumers will help propel the country’s next phase of growth. The article suggests that there are major opportunities at two ends of the age spectrum (i.e. 20 year olds and 45+ year olds) as well as both ends of the income segment (i.e. high-income households and bottom of the pyramid households).

Over the past two decades, companies looking to be a part of the India growth story have been tapping into the country’s mainstream market, made up largely of middle class consumers typically between 25 to 45 years of age, educated and urban.

But the book on how to win over the Indian mainstream has almost been written. While this market continues to grow and drive the India story, the rise at the fringes looks like a new story in the making.

There are two big opportunities, for example, at the two ends of the age spectrum in India. Typically, Indian businesses and brands have targeted the lowest hanging fruit, the 25-to-45- year olds. Being the median age of the country, this segment has also lived through the peak of the Indian liberalization curve. As a result, they have embodied all that the new emerging India is known for – a sudden rise in affluence, high levels of confidence and a desire to stay young.

Most of our time in the last two decades has gone in chasing these 40-year olds and making them feel like 20-year olds. That may explain why the youngest country in the world doesn’t have too many real youth brands.

The new opportunity in India is in targeting the age group of 25 and below or what I call the real youth. There are some 207 million between the ages of 15 and 24 of which 29 million are within the top three socio-economic classes in urban India. Fastrack, a youth brand for accessories such as sunglasses and watches, from India’s Titan Industries, is today a $100 million business. Similarly, the deodorant category in India is estimated to be around $190 million with a growth rate of 25 percent. And the size of the denim market is claimed to be around $425 million.

Looking at the potential of the youth market, Yash Raj Films, a leading production house in Mumbai, has launched Y films that will focus exclusively on the youth audience. There is no shortage of evidence that the youth market, if targeted with focus, has huge potential.

There is opportunity at the other end of the age spectrum as well, with the 45-plus age group. There are 350 million people in India above the age of 45, of these, 27 million live in urban India and belong to the top three socio-economic groups. This is the segment, which displays maturing taste and expectations, having lived the euphoria of liberalization.

At the top end, this is the market for the second home or the luxury car. At the mass end, it has a big demand for retirement homes. Kesari Tours, a leading tour operator in India, runs a special tour for seniors called ‘Second Innings’. The needs of this segment are certainly a little more than just feeling young, hence how we target the 25-to-45-year olds won’t perhaps work for this segment.

Tapping the Pyramid From Top to Bottom

Just as there is growth at the two ends of the age spectrum in India, there is opportunity at the top and bottom end of the income segment as well. The premium end of the Indian consumer market is beginning to take off in India. This is the new market for luxury in India. In housing, for instance, this segment has seen several launches by developers like Lodha and India Bulls in Mumbai and DLF and Unitech in Delhi. Brands like Audi and BMW in luxury sedans, Jean Claude Beguine in spa salons, and Neutrogena and L’Oreal in personal care are serving this market.

According to an Ernst & Young study, the Indian wellness market stands at $2.27 billion and is set to grow at a compounded annual growth rate of 30 to 35 percent for the next five years. The market for premium goods and services taking off bodes well for an alternative business model in India, which is based on value and not just volume.

The car made for the poorest people failed to take off because of its ‘cheap’ branding, because the bottom of the pyramid consumer seeks to be top in status. The images of a good life that reach our houses through television, cinema and other influences also reach these households.

Their desire to live the same glossy life is in no way lesser than the consumers of the middle or the premium segment in India.

Access brands have a big role to play in this segment. Access brands are those, which tap into categories of products that fall out of the reach of some consumers and make them accessible to them. Access brands often redefine value in that particular category. While the price–value equation is a critical component of the access brand strategy; most access brands also score high on imagery.

A brand like Micromax, which is the third largest mobile handset brand in India, has given other more established brands like Nokia and Samsung good competition by bringing high-end features at accessible prices. Micromax, however, also spends significantly on building a glossy image through aspiration driven advertising.

Clearly, the Indian consumer market is growing at its fringes. While the mainstream, whether it is in the age or income segment continues to be a big play for most businesses, there is opportunity on either side of the age spectrum and at the top and bottom ends of the market pyramid.

The rules of winning the game here are a little different from the ones that we have learnt in the last two decades. This should make for some exciting stories in the next few years.

Dheeraj Sinha is the Regional Planning Director, Asia at Bates. He is also the author of ‘Consumer India – Inside the Indian Mind & Wallet’ published by John Wiley & Sons.