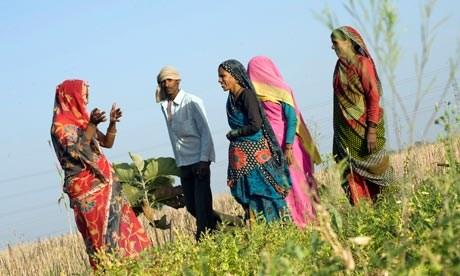 The Guardian recently reported on the purchase of an 8% equity stake of Indian clothing and handicrafts retailer Fabindia by private investment firm LVMH. The article reports that long-time supporters of Fabindia – known as an ethical clothing company that sources its products from social enterprises comprised of producers and artisans – are concerned that the company’s brand, products, and working practices may change due to the investment. Fabindia however, maintains that while the investment will help Fabindia continue to grow and expand and become a global brand, it will ensure that the company’s iconic brand does not change.

Lefty fans of Fabindia, an ethical clothing retailer, are alarmed at its partial takeover by luxury goods brand LVMH. Where will they buy their kurtas now?

For generations it has been an Indian icon, the place where the country’s left-leaning, intellectual elite get their village-made homespun clothes and, more recently, their organic mango chutney and ethnic-design furnishings.

But fans of Fabindia, though much too mild-mannered to be outraged, have been really quite concerned to discover that the internationally known ethical retailer with an annual turnover of £65m is now part-owned by a private investment firm sponsored by Louis Vuitton Moet Hennessy (LVMH), the luxury goods giant that includes brands such as Dior, Donna Karan, Thomas Pink, Bulgari and the eponymous bags.

“My friends have been sending me a Fabindia kurta (a traditional long-tailed shirt) on my birthday for decades,” said Sadanand Menon, a well-known artist, choreographer and cultural commentator. “What are they going to send me now? I hope it’s not a matching luggage set.”

The association prompted questions from Tehelka, a campaigning magazine, which asked: “What will lefty intellectuals now wear to smart parties?” and from shoppers outside the Fabindia branch in Delhi’s exclusive Khan Market.

“I suppose Louis Vuitton is all about craftsmanship and so on, but it’s a big jump from some socialite’s handbag or some fancy wine to dhurris [traditional rugs] from Rajasthan, isn’t it?,” said Pooja Chandra, 31.

A spokesman for Fabindia repeatedly stressed that the purchase of an 8% stake by L Capital Asia, a fund opened last year by LVMH to invest more than £400m in so-called aspirational brands, positioned between the luxury and the mass market on the continent, would not alter the company’s outlook, products or working practices.

“Fabindia is going to stay Fabindia,” said Prableen Sabhaney. “It is one of India’s iconic brands and we are not going to change. But Fabindia is also a very successful mainstream business and this is our way of raising capital.”

Established in 1960 by an American who had come to India on a Ford Foundation grant to advise the government on creating a market for handloom fabrics produced by artisans in remote rural areas, Fabindia originally focused on export. One big customer was Terence Conran’s Habitat; Fabindia ended up supplying rugs and textiles to western living rooms for nearly three decades.

Unlike more conventional suppliers, John Bissell pioneered the idea of “fair trade”, paying local communities much more than most retailers and allowing artisans and craftspeople to participate actively as suppliers and shareholders.

“He added colour, changed designs. It made a huge difference,” said Radhika Singh, author of The Fabric of Our Lives, a book about the company.

A shop in Delhi was opened in 1976, but real expansion came following liberal economic reforms in India in the early 1990s, which not only boosted the purchasing power of the urban middle class, but simultaneously created a desire for “authentic” rural Indian products in a rapidly changing society.

“Fabindia took [clothing] which had once been associated with Gandhi and village life and converted it into a symbol not just of the poor, but of chic, too. It became very popular,” said Menon, the artist.

Over the last decade, said Singh, the author, a new strategy has aimed to turn Fabindia into a global brand satisfying “different kinds of clients and consumers”, with new stores opening in the Middle East and Europe. There are now 148 shops in 63 cities in India and eight overseas, with more due to open soon.

In this context, the association with LVMH “makes a great deal of sense”, Singh said, even if the two companies “are chalk and cheese”.

“We are now dealing with new money, a large middle class, and the kinds of styles are changing very fast. The new money wants something flash,” she told the Guardian.

The old market of liberal intellectuals hoping to satisfy a desire to look good, support rural communities and show their attachment to India has almost disappeared, said Dilip Cherian, a marketing and branding consultant. For him, LVMH’s investment in Fabindia was simply another element of “the modern India in the flux of change”.