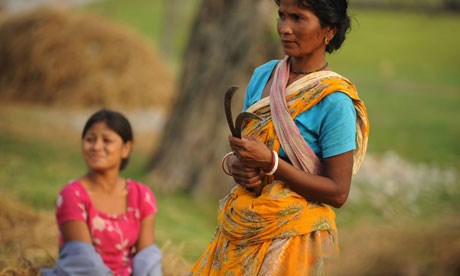 The Guardian’s Sustainable Business Blog presents an article by Lalitha Vaidyanathan, Managing Director of FSG Social Impact Consultants. Vaidyanathan discusses the need for inclusive growth or inclusive business to become a national priority in India. More specifically, shared value business models such as General Electric’s and Indian healthcare company Vaatsalya’s, which create rural access to healthcare and use low-cost, high-quality, and innovative medical devices designed for low-income populations, are key to more systemic change. Vaidynathan emphasizes that the difference between corporate social responsibility and inclusive business is that CSR is philanthropic while inclusive business focuses on using a company’s core business model to create both business and socioeconomic benefits.

Shared value projects will become an important milestone in the advancement of CSR, says Lalitha Vaidyanathan

India is a country of stark contrasts. In recent decades, the sub-continent has experienced a rapid rate of economic growth, and has risen to become a key player in the G20. However, this stands in stark contrast to the fact that India still ranks 119 out of 169 countries on the Human Development Index. Widespread poverty, ill health and malnutrition are but a few of the critical issues that still plague hundreds of millions of India’s citizens.

Inclusive growth, ie ensuring that India’s economic development lifts all boats, is a critical national priority. Hardly a day passes without coverage of this topic in the mainstream media. One key focus of this public debate has centered on the role of Indian corporations in enabling inclusive growth. Traditionally, corporate social responsibility (CSR) has been the primary mechanism by which corporations in India have contributed to social development. The obligation of corporations to society is deeply ingrained in the DNA of Indian companies – from early industrialists such as the Tatas to newer age technology giants such as Infosys and Wipro, Indian companies have gone over and beyond the call of duty to better the welfare of their employees and communities. This approach however, has not been successful at creating large scale systemic solutions to India’s most pressing social issues. Arun Maira, the prominent member of India’s planning commission, in his speech at the Global economic symposium, likened the prevalent approach to CSR to “rearranging the deck chairs on the Titanic”, and suggested instead that it was “the course of the Titanic itself that must change”. Creating shared value is an alternative path to traditional CSR that can help change the course of this Titanic.

For our most recent publication on creating shared value in India, FSG researched shared value efforts in India – and to our surprise found many innovative efforts that are creating economic value while contributing to meaningful and sustained social impact at scale. In healthcare, companies such as General Electric and Vaatsalya are creating shared value by extending rural access to healthcare and developing innovative medical devices tailored to low-income populations. In agriculture, companies such as Jain Irrigation and Amul are increasing agricultural productivity and collectivising small and marginal farmers while generating lasting economic value. Finally, financial services companies such as PayMate and The State Bank of India are working to bring formal services to the unbanked.

What differentiates the above examples from traditional CSR is that the core assets of the business are being leveraged to create large-scale, sustainable social change. India’s strong economic growth, as well as severe social challenges and a national desire for change, put the country in a unique position to demonstrate how through shared value, companies can meaningfully contribute to building an inclusive society where the future is bright not just for some, but for all citizens.

Lalitha Vaidyanathan is a managing director at FSG. She is currently leading FSG’s efforts in India based out of Mumbai.