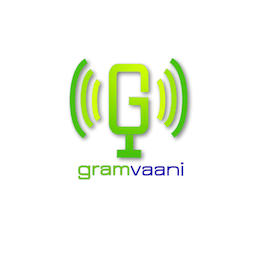 With 70% of the Indian population living in rural areas and contributing to 30-60% of consumer goods, the country is leveraging a host of communication technology to keep them connected and more easily get goods and services to them. Physical infrastructure such as road connectivity has improved significantly in recent years, while information and communication technology including mobile phones, telemedicine, and mobile banking help low-income rural Indians with access to healthcare and the formal economy. In addition to technology, many more businesses are also tapping into rural India by focusing on services for farmers and entire villages.

Several Indian companies are relying on a host of communication technologies to bridge the digital divide by offering sustainable solutions for rural India.

Some 70 percent of India’s population, or nearly 750 million people, live in villages but contribute just 30 percent of country’s GDP. This is likely why rural consumers have long been ignored by marketers.

However, this is gradually changing, especially since the rural share of consumer goods today is between 30 and 60 percent and growing steadily. Road connectivity in rural India also increased from less than 40 percent in 2004 to nearly 70 percent in 2008.

New Delhi-based domestic worker Dinesh, for instance, is keen to locate a 3G public kiosk after a friend from his village in Bihar informed him about the Aamne Saamne (which means “face-to-face” in Hindi) project, where phonebooth operators in Delhi and Bihar offer services that will allow Dinesh to communicate with his family through a video call using a 3G-enabled phone. Initiated by Ericsson India, the project will allow Dinesh, who owns a low-cost, 2G phone that does not support video calls, to communicate with his wife and son, both whom he has not seen in months.

“Communications have made a huge difference to the lives of people in rural India,” Ashish Khanna, Accenture India’s managing director of communications, media and technology, told ZDNet Asia in an e-mail. “Mobile phones, high-speed data networks enabled by satellite-based communication networks, and Internet kiosks are some of the technologies that have helped the rural population connect with the cities.”

The requirements of rural consumers differ from their urban peers so the key to exploiting the true potential of rural India lies in understanding its needs, according to Neha Gupta, Gartner’s senior research analyst.

“Marketers need to segment the rural consumer in quite the same manner as they segment their urban peers,” Gupta told ZDNet Asia in a phone interview, adding that there are various socio-economic segments within rural India and companies need to understand the specific needs of each segment.

Some have taken the first step. Tata Teleservices and Qualcomm, for instance, launched a mobile app–Fisher Friend–which provides information about the weather, risks, opportunities and market information in local languages.

Similarly, Gram Vaani Community Media, which has 15 community radio installations across India, is developing telecommunication and media products for villages. Its founder Aaditeshwar Seth said in an e-mail that its broadcasts operate over FM while feedback from the community is collected over phone.

Telemedicine, too, is picking up in rural India, albeit at a slow pace. The world’s first VSAT-enabled village hospital was commissioned in March 2000.

“After two years of clinical trials by the Apollo Telemedicine Networking Foundation (ATNF) from Aragonda, the Indian Space Research Organization was convinced telemedicine could be a major thrust area for societal applications using space technology,” ATNF President K. Ganapathy told ZDNet Asia. However, after 11 years, Apollo Aragonda Hospital remains the only village hospital with modern telemedicine facilities, he revealed in an e-mail.

ATNF operates 95 telemedicine units located in towns, using an application called Medintegra which was developed by Apollo Group. Over the last 11 years, almost 69,000 tele-consultations were given by over 225 consultants across the Apollo group in 25 specialties, for distances varying from 100 to 2,000 miles. The foundation runs most of its telemedicine communications via ISDN lines.

“Attempts are being made to switch over to high-speed broadband Internet connection. Occasionally, VSAT connectivity is deployed,” Ganapathy said.

Over the last few years, India has seen the birth of several rural companies such as HarVa (see box) and Gram Vaani, as well as A Little World and Ekgaon Technologies which offer banking services to the remotest of villages.

Another such company is Digital Green, which aims to improve agricultural practices through the creation of videos that are produced by farmers and meant for farmers across various field locations. To date, 1,735 videos have been made.

Data associated with the videos, including their reach, feedback from viewers and the adoption of featured agricultural practices or techniques, is aggregated and analyzed on analytics dashboards. These dashboards are built on a data management framework, called COCO, which allows remote areas with limited Internet and electrical connectivity to exchange data with the world.

Digital Green currently runs programs in 899 spread across six states, and has involved 60,837 farmers, its CEO Rikin Gandhi said in an e-mail interview. Formed in 2006 as a part of Microsoft Research India, Digital Green was later spun off as an independent organization in 2009.

Another rural-focused company is E-Choupal, an initiative of Indian business conglomerate, ITC, which links rural farmers via the Internet for procurement of agricultural and aquaculture products. Today, E-Choupal reaches over 4 million farmers through 6,500 kiosks in more than 40,000 villages across 10 states.

Despite the strides made, rural India poses several challenges for the vendors including low-population density, fragmented markets, differences in culture and high delivery costs. These hinder expansion plans of market players.

ATNF, for instance, has been unable to set up telemedicine units in villages due to the absence of a self-sustaining, revenue-generating business model and technical issues such as the lack of reliable power and lack of connectivity, according to Ganapathy.

However, the potential in the rural areas is substantial, he said, adding that ATNF can use mobile phones to provide telemedicine to villages. “We need champions in villages to support such a project.”

He added that the biggest stumbling block is convincing stakeholders why they should invest the resources.

Khanna said: “The government and the private sector should collaborate to provide a strong direction to the sector.”

Ganapathy concurred: “The central and state governments are aware of the potential of telehealth and the necessity for public-private partnerships (PPPs). However, it does not seem to be a priority.”