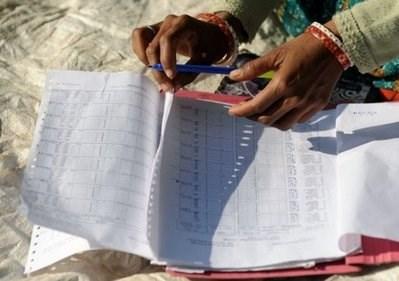 Recent developments in the microfinance industry in India include possible nationwide regulation of the sector. An Indian central bank is reportedly considering such steps after the recent microfinance crisis in Andhra Pradesh. Potential regulation may include placing a cap on both interest rates and the amount of money that microfinance institutions can lend to its customers.

MUMBAI (AFP) – An Indian central bank panel has put forward proposals for nationwide regulation of the microfinance sector after the industry was buffeted by accusations of lending abuses.

The panel urged that interest rates on microloans be capped at 24 percent a year and that loans to the poor total no more than 25,000 rupees ($550) per borrower.

The panel’s report was commissioned after the southern state of Andhra Pradesh, a hub of microcredit activity, took steps last October to crack down on microfinance firms’ operations in a bid to stop alleged exploitation.

The panel said in its report on the bank’s website Thursday that there was a need to halt such abuses as multiple lending to borrowers by competing microfinance companies, and coercive recovery methods.

The seven-billion-dollar microfinance sector has until recently been hailed as a saviour of India’s poor for providing loans averaging 250 dollars to millions of borrowers — often small entrepreneurs — unable to get credit from mainstream banks.

But the microfinanciers’ surging profits, charges of arm-twisting debt collectors and interest rates of over 30 percent have led to mounting controversy with some critics accusing the sector of greed.

Since the backlash debt collection rates in Andhra Pradesh, which accounts for a third of microlending activity, have plummeted and commercial banks have cut back sharply on lending to microcredit institutions.

SKS, India’s only listed microfinance firm, climbed as much as 13 percent to 750 rupees before easing back on profit-taking to close up nearly four percent at 694.25 rupees.

The proposals “give clarity to the industry’s requirements. The recommendations have been long the demand of the industry,” industry spokesman Alok Prasad told the Press Trust of India news agency.