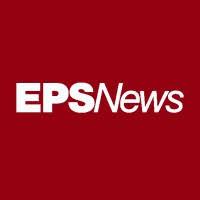 In its efforts to move along to through the economic development cycle, the Government of India is investing $1 trillion over 5 years to upgrade its infrastructure and bring it up to developed world standards. The country, which has already seen success in the software and IT consulting market, has an opportunity to build its electronics manufacturing capability. This will help protect its national and military resources from foreign governments and has the potential to employ millions Indian graduates from engineering and information technology schools. While building such capacity within the country, India is also developing deeper relationships with US businesses and ASEAN markets as they are seen as potential viable export markets.

In the same methodical way it went after the software and IT consulting market, India is systematically plodding through the next phase of its economic development cycle, this time with an eye to establishing itself as a major center for electronics manufacturing services.

The long-term goal is to position itself as an alternate destination to China, which has cornered the outsourced manufacturing market over the last decade. Additionally, India sees the growth of a local electronics design and manufacturing sector as a part of its strategies for protecting national and military resources from foreign governments and hackers. A further goal would be to provide job opportunities for millions of Indian artisans and graduates of the country’s numerous engineering and information technology schools.

These are major hurdles for any nation, not to mention one struggling to cope with other significant national problems, including ugly political disagreements with neighboring Pakistan and China. Still, India is plugging ahead and, starting in 2012, plans to spend about $1 trillion over five years upgrading its infrastructure to bring these to developed world standards, according to Shri Anand Sharma, India’s commerce and industry minister.

In a speech June 24 to the US India Business Council in Washington, Shri Sharma said India will continue to engage with global business leaders, which, he asserted, could realize significant profits while helping India solve its infrastructure problems.

India is not only reaching out to US businesses; companies, individuals, and governments throughout the world are being courted. Members of the Association of Southeast Asian Nations (ASEAN) are especially seen by India as viable export markets for Indian products. To grease the wheel, India has set up a $1 billion aid fund to help poor countries, the first sign the nation — despite extreme poverty in many of its own regions — also wants to be seen as an emerging power.

The stakes are high for India. With a predominantly young — and still growing — population of about 1.2 billion, India needs to maintain solid growth over the next years to keep its citizens employed. Its economy, while expanding, is still in transition to a market system, and its per capita income remains amongst the lowest in the world. Like many developing nations, India has thousands of rich people living side by side with thousands of poverty-ridden communities. Transforming the technological economy would require the government to move beyond software businesses to include traditional hardware manufacturing.

So, India wants semiconductor fabs as well as assembly plants. (Click here for information on the government’s offer to chip investors.) It has set up a huge technology park to further accelerate the transfer of manufacturing facilities to the country; and in April it released a detailed plan for the local production of telecommunication equipment. In addition to incentives for local production, the government promises penalties on imports of electronics to the country. These include: