In Rural India, Manufacturing Is Booming 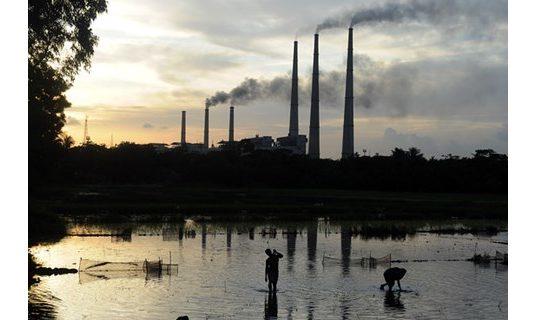 A recent Credit Suisse report describes India’s increasing transition away from agriculture and towards industry and services. The report cites how only 10 years ago, agriculture contributed to half of rural GDP while now it amounts to a quarter of rural GDP. Given the rise of manufacturing in India’s countryside, a number of men and women moving into manufacturing jobs, particularly in construction. Services jobs tend to be in retail / wholesale and community services. Finally, the Wall Street Journal states that between 1999 and 2009, 75% of all new factories were built in rural India while 70% of all jobs were created there. Consequently, rural India accounts for approximately half of all manufacturing which contributes to the country’s GDP.
When you think rural India, think factories and cell phones, rather than fields and bullock carts.

Rural India, says a Credit Suisse report, is no longer an agrarian economy whose fortunes are dependent upon an erratic monsoon. Rather, they are now increasingly tied to the national economic cycle, something they had been largely immune from so far, as it gradually shifts away from agriculture.

A decade ago, agriculture was about half of rural gross domestic product. Now that figure has dropped to about one-fourth.

“The transition from agriculture to industry and services has been very rapid in rural India over the past decade,” the report says. Instead of plowing fields, men (and women) in rural India are increasingly moving toward manufacturing jobs, which are now coming up more and more in rural India.

In 1978, 81% of rural males considered agriculture as their primary employment. In the financial year that began in April 2005 this number dropped to 67%, and, five years later, to 55%. The change seen in this five-year period is comparable to the that seen in the previous 27 years, the report showed. The trend is similar for female rural employment as well.

Much of the incremental job creation in manufacturing seems to be in construction and in services including trade (retail/wholesale) and community services.

In other words, urbanization in India is treading a different path from conventional migration, which usually means moving from villages to large cities. Villages are growing larger, merging together, moving away from agriculture, and thus being classified as towns.

Similarly, since the financial year that began in April 2000, per capita GDP in rural India has grown at a faster rate than in urban India.

This shift will ultimately play out in the consumption patterns in the country, which will be skewed toward goods that are priced cheaper and will driven by “rural urbanization” themes, including two-wheelers, building materials/paints, media, tobacco, footwear, healthcare, cheap personal products (such as toothpaste.)